From a small drug store to the world’s largest selling cold drink, Pepsi has changed its shapes and sizes. It had gone through several modifications in its logo, labeling, packaging, and canning. From a small 100 ml bottle to a large 2-liter bottle and from glass bottles to aluminum cans and plastic bottles, Pepsi came into our hands in many sizes and shapes. In the previous article, we studied about the past of Pepsi, turning the pages of the past, and knowing how this beverage is made, today in this post, FoodRavel will take through the process of packaging and canning of this cold drink.

The packaging is a very important process as through packaging only, this cold drink all other foods and beverages reach to us every day. We come across several hundreds of products every day, which are packaged in a very beautiful manner. So, the packaging has to be impressive and it should follow all the safety and security standards. The packaging is the process to contain anything to preserve it for a long time. The packaging reflects the information about the products so the customer can know what exactly is the product. We all buy products by reading the qualities, specifications on the packaging. So, let’s have a look at how Pepsi is packaged before it reaches our fridges. 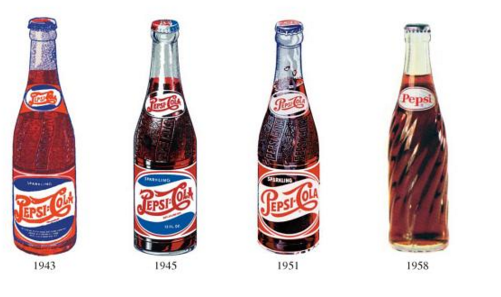 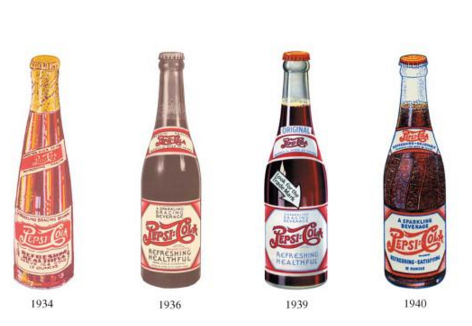 The History of Pepsi Bottles

First introduced as Brad’s Drink in 1893 by Caleb Bradham, later named it as Pepsi Cola due to its two key elements, pepsin and kola nuts. Today, Pepsi is one of the world’s most widely recognized and widely celebrated brands. By 2009, it has sold around $108 billion dollars worldwide. Bottling and packaging played a very important role in the sales, marketing, and promotion of this beverage. To understand the process and packaging in a better way, history is divided into three eras.

In the beginning, the bottles have packaged a bottle weighing 6 ounces. These bottles were made of glass and were manufactured by the local manufacturers of glass bottles. So most of the time, the color and shape of glass bottles were decided by them only. The companies headquarter from 1923 to 1931 was set up in Richmond, Virginia. Around this time, the company decided to manufacture a bottle of standard size, which could be used all over. But there were many difficulties, including financial issues, due to which the idea was never worked upon. Though since the inception, a 6-ounce bottle has been always the standard size. Around that time, the company logo was embossed on the glass itself carrying the franchise name.

6 oz. being the standard size for all soft drinks, Pepsi came up with a 12-ounce bottle in 1934. ­­­­These 12 oz Pepsi bottles were first used as beer bottles in three different colors green, clear and amber colors. Every bottle had the company’s logo on them as the Pepsi Cola trademark. Most of these 12-ounce bottles were perished due to the paper label’s fragility. Thus the beer bottles were every valuable and collectible. The first standardized bottle was introduced in 1940. The bottle had a paper label with the company logo on the body and the neck. The company developed the equipment which could apply to the graphical logo on the bottle. This was done around World War II. Post-war, the whole process was followed throughout the company. These 12-ounce bottles were known as Applied Color Label (ACL) bottles. In 1951, the company made a huge change in the Pepsi Cola spirit logo. The new logo had a slightly changed it was sleek and had a hyphen between both the words. This new logo went to being the standard Pepsi logo from 1951 to 1957.

Another major change in the history of bottling was done in 1958. The major change was in the design of the bottle, which was new and with a modern look. The new design was known as a swirl. It was named so because of the glass, swirling around the neck. The company used this design from 1959 to 1978. This was the last returnable design of the glass bottle. The company introduced nonreturnable bottles around 1960 and became popular as the customer was no longer to bother to return the bottle.

The no deposit bottles were though in use around the 1940s, but the company decided to use them into mainstream use in 1964. America had become the most mobile society in history by 1964. This mobility gave rise to the higher safety and convenient containers of soft drinks and the only option was non-returnable bottles. One could dispose of these bottles anywhere. The disposable aluminum bottles became very much famous and dominated their predecessors. (Google books: Encyclopedia of Pepsi-Cola Collectibles).

Want to know more about Pepsi? Stay tuned in and keep on reading: