How did I reach Shangarh Village? A Place of Eternal Peace in the Sainj Valley

No traffic noise, since there is no traffic, no chaotic hustle-bustle, no loud sounds, no market, just nature and that’s it. This is what Shangarh Village is all about. I wasn’t even able to pronounce it when I reached here and after spending a day, I got to know the actual pronunciation of this village. A village with an eternal piece, Shangarh was my random pic for my weekend journey in October and it turned out to be the best choice I made. 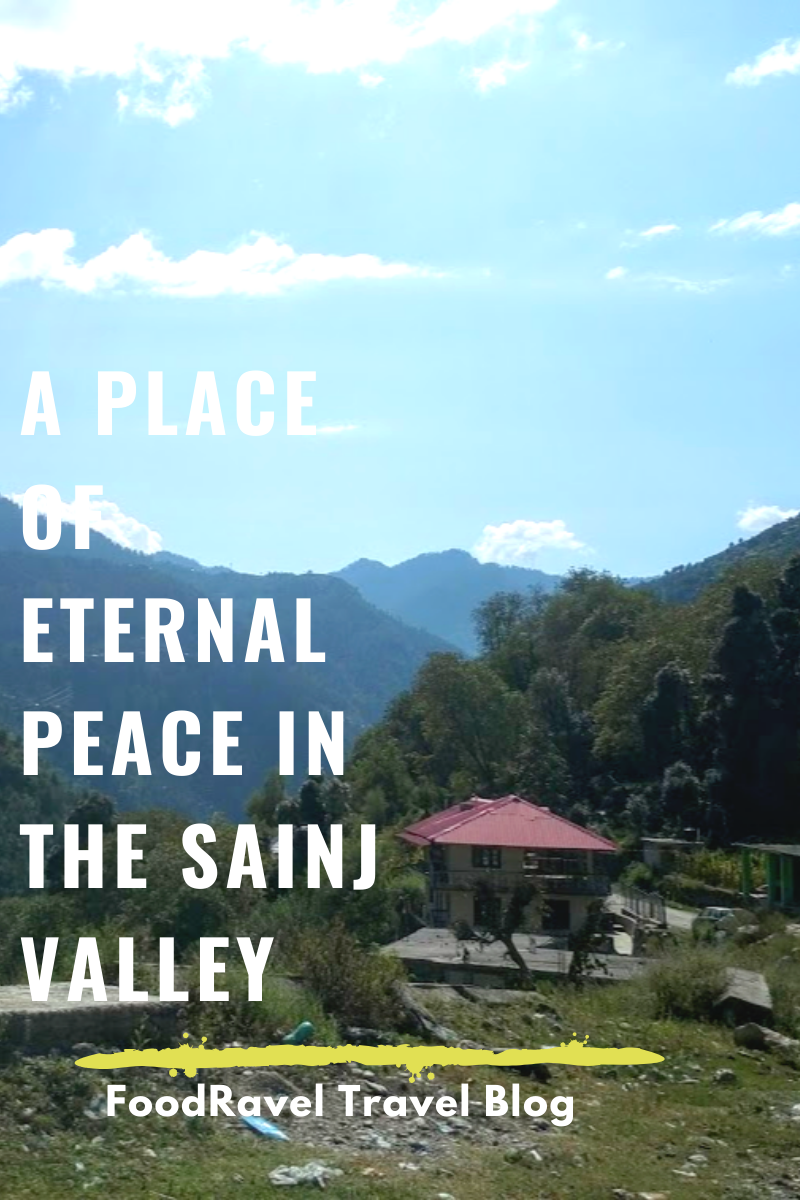 Why Shangarh Village? What attracted me to this small village near Sainj Valley?

For me, traveling means to explore new places and as a responsible tourist and a slow travel lover, I tend to look for places that are hidden, places that are isolated and untouched by heavy commercialization. However that doesn’t mean I don’t visit commercial places, I do but that’s not my priority. It’s just that I don’t usually get to visit too often though whenever I travel, I love to visit offbeat locations. 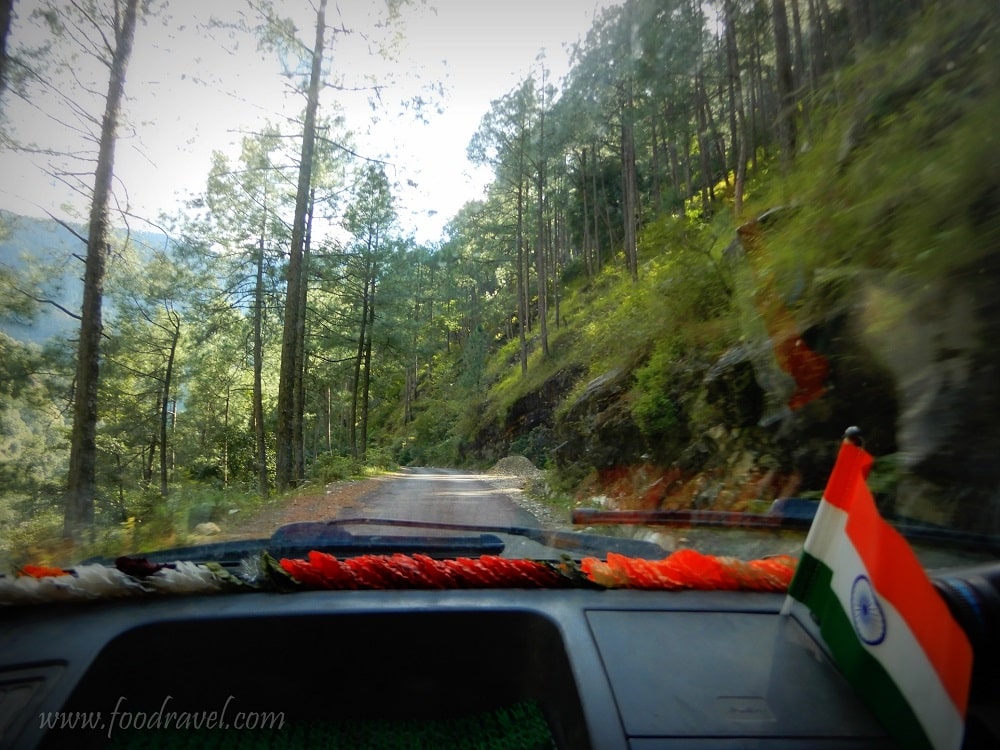 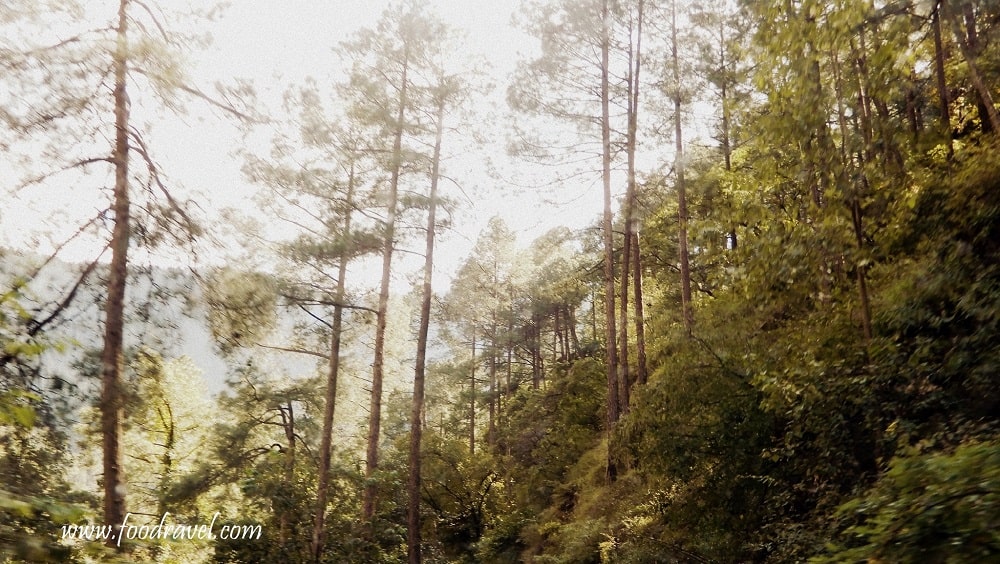 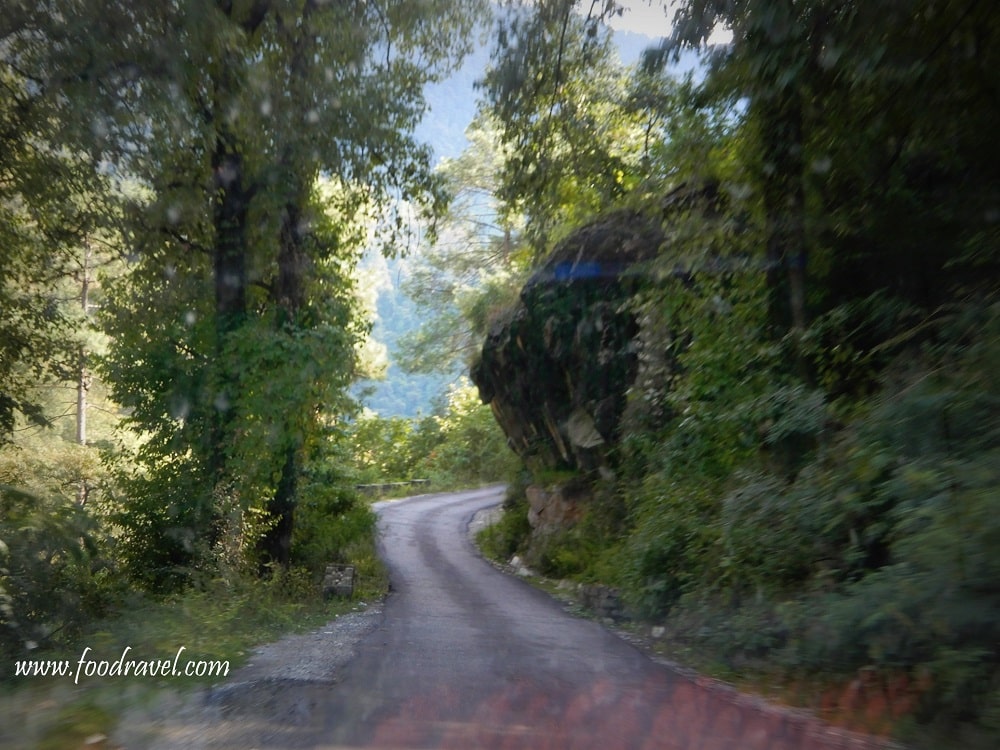 So why Shangarh Village? Well, honestly, I had never heard the name before. Never from anyone, nor online. It was randomly suggested by someone I know and I made my mind and packed my bag for Shangarh village. While I was on the bus heading to Shangarh, I read something about it. The serene beauty and eternal peace of this place attracted me with a force I fail to describe in words. As I always say, mere verbal explanation is an injustice to places like this. And Shangarh deserves more than just wordy adjectives. I’ve been to Mcleod Ganj twice. No doubt, Mcleod is a nice place and there is so much to do. But I was looking for peace. 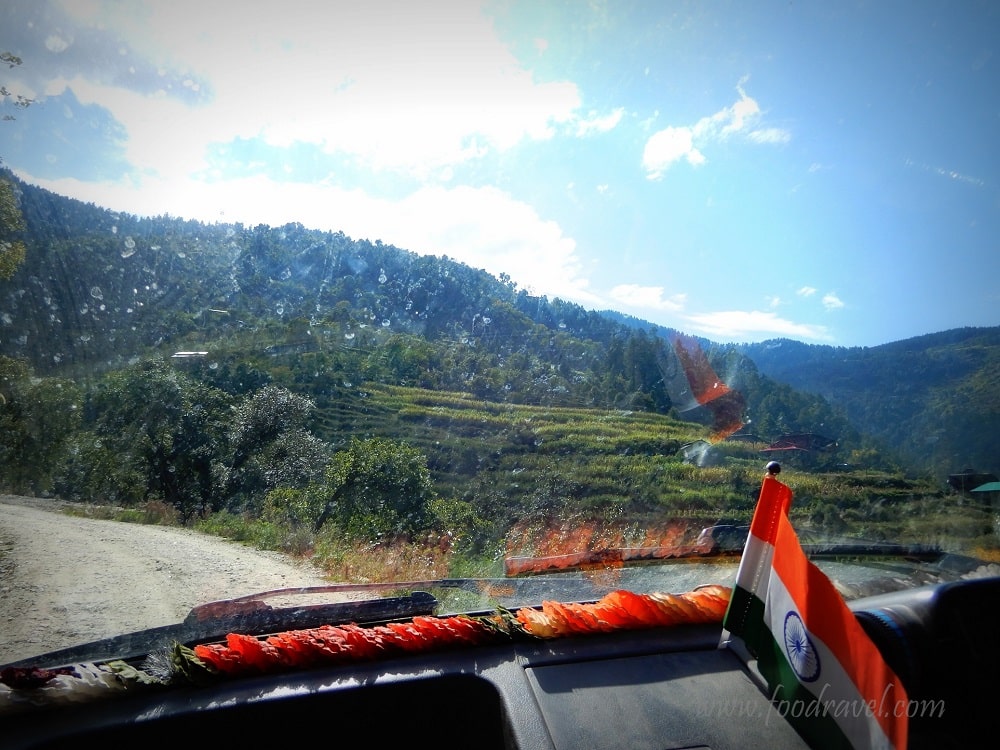 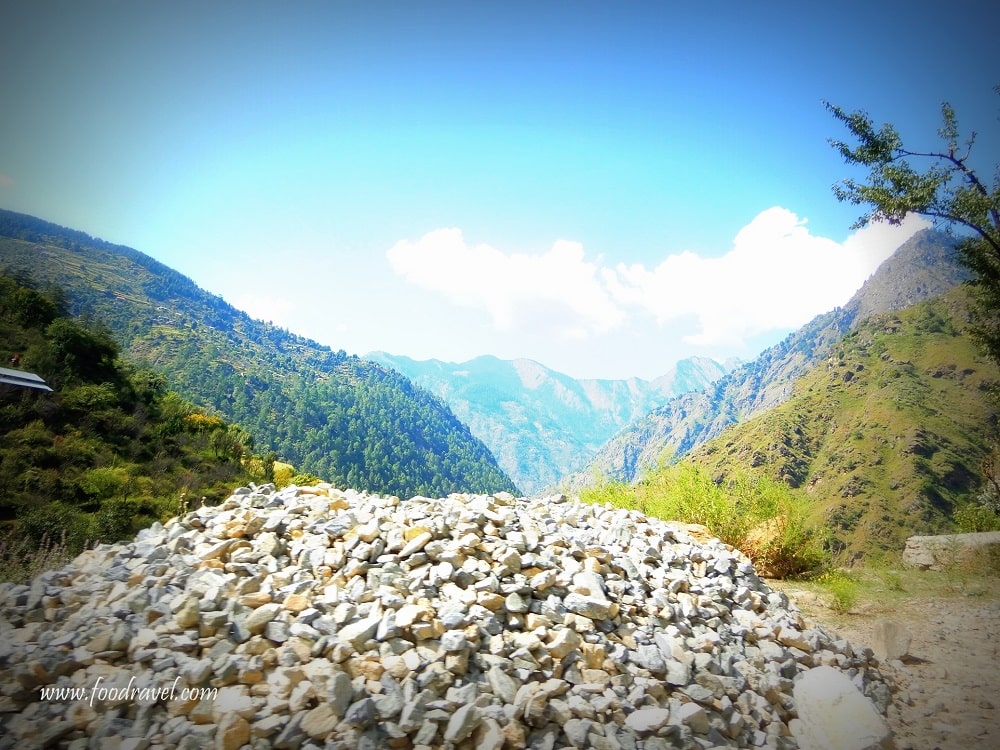 Shanghar is a small village, based on a hillock. I observed green lush terrains similar to those in Munnar, excuse me if I am exaggerating but the beauty can’t be measured by my words. Shangarh is a little piece of paradise on the Earth, sleeping in the lap of nature in Sainj Valley, a valley that looks like an artist’s imagination who only knows green colour and brushes the canvas with every hue of green that can make this place look enchanting and incredible. That’s what I observed when I visited Tosh village.

Why I call it a sleeping village is because when you reach here, you will be surrounded by an aura of natural tranquillity. Shangarh sleeps in the lap of holy nature and embraces it completely in every possible way it can.  That was the vibe I got when I embraced a morning in Tosh. 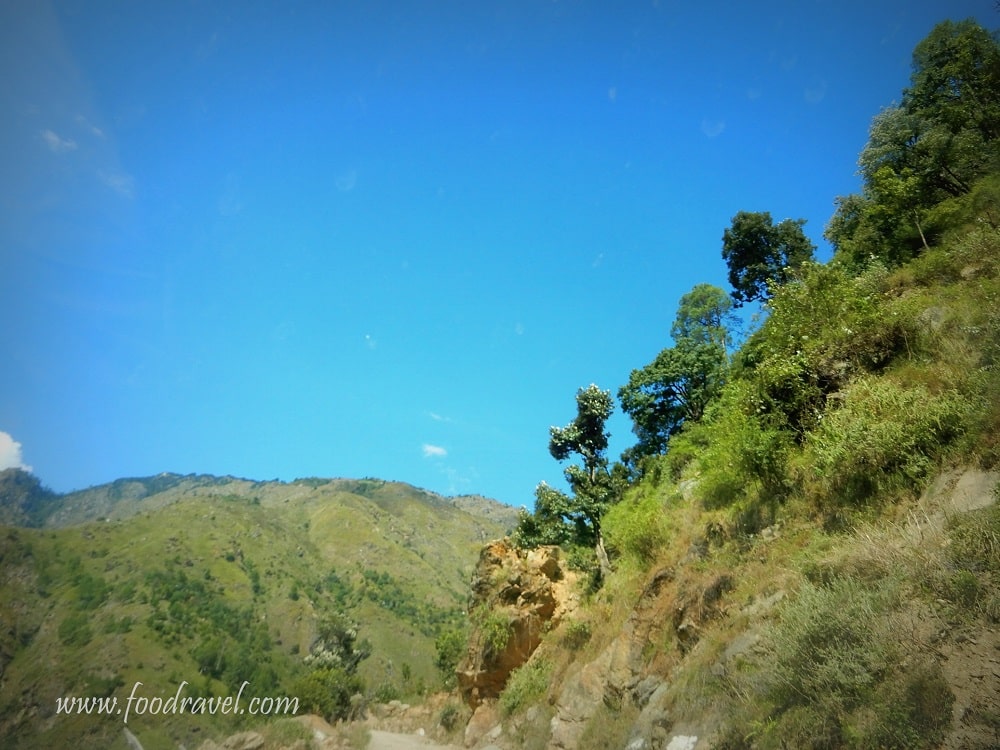 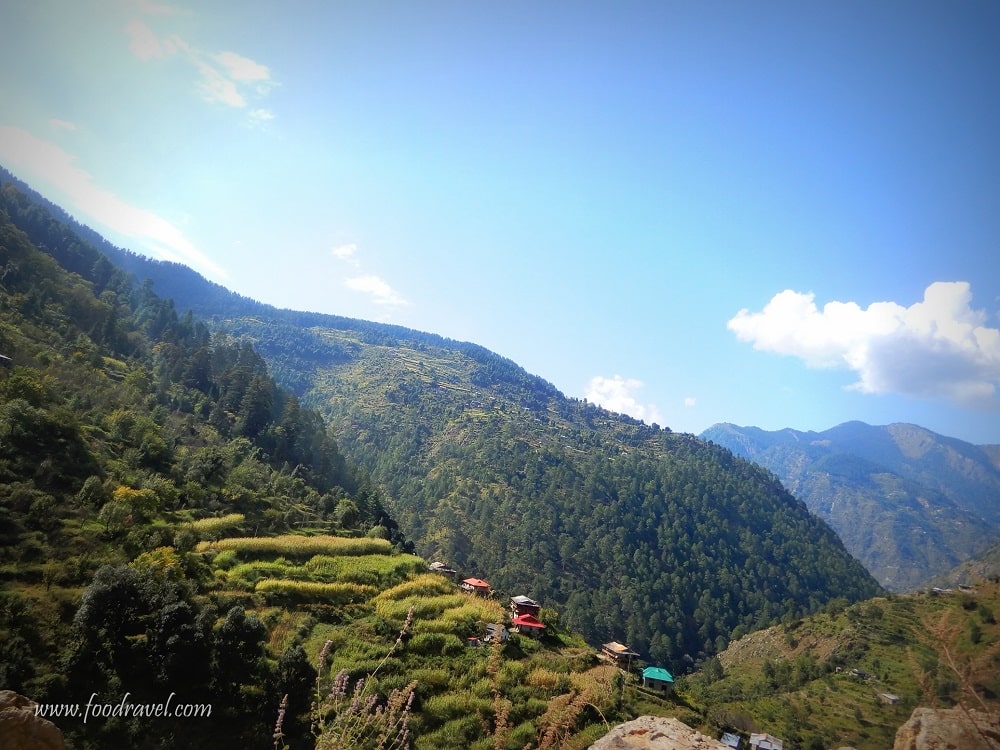 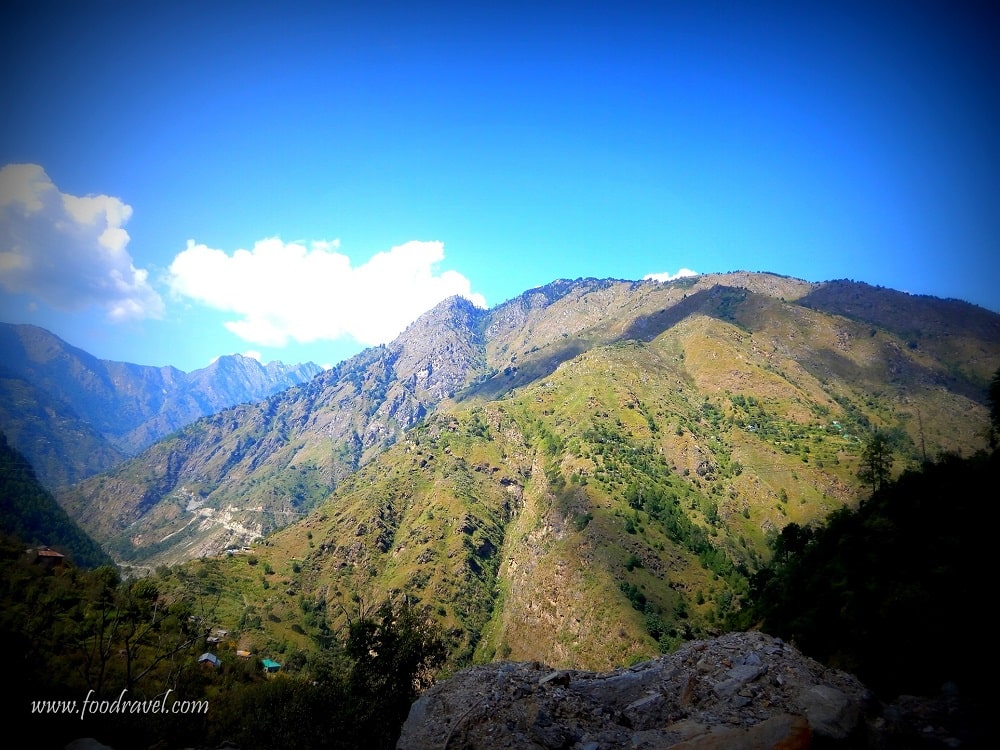 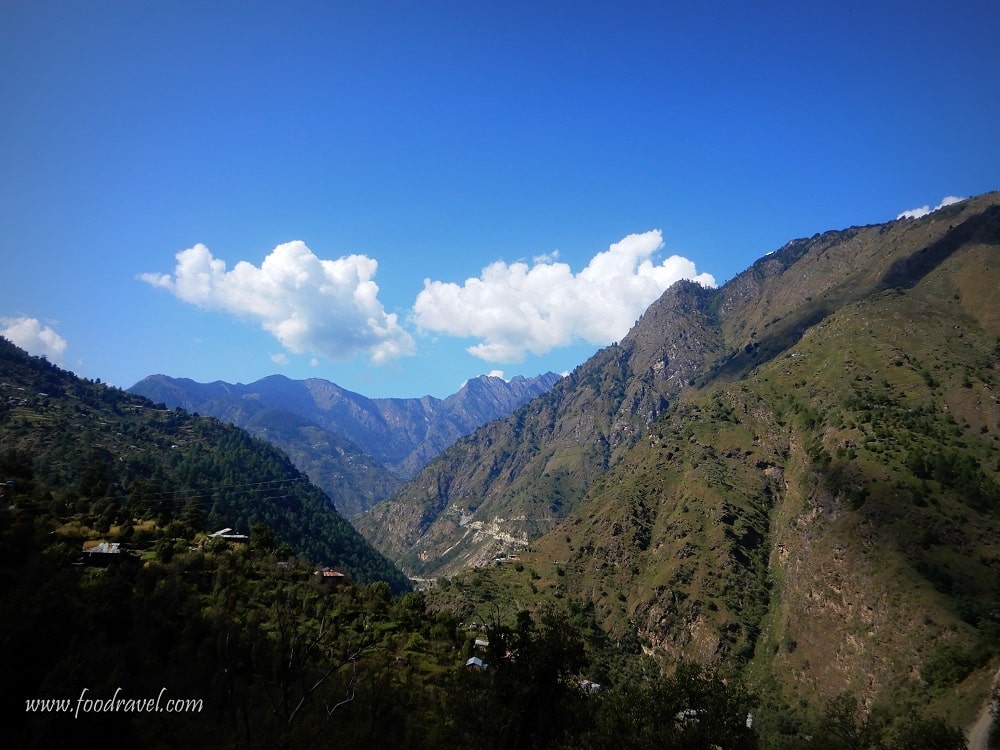 It was Friday night and I was at Kashmiri Gate ISBT waiting for the bus to Manali. But no, I wasn’t going to Manali, I had to get down at Aut, at the tunnel. So, the bus to Manali drops you at Aut and from Aut, you need to catch a bus to Sainj. There are local buses on this route. You can easily get a bus.

If you follow my blog, you must know that most of the time I travel unplanned. The overnight journey from Delhi to somewhere in Himachal Pradesh threw me in an ocean of thoughts. Well, I take overnight journeys so that I can easily sleep in the night and start the morning freshly. That’s the trick of travelling on weekends. But when I woke up in the morning, I was surrounded by hills and a river.

The teal green water of the river and hills trying to kiss the sky,

That’s what I could see, as far as I had my eyes. 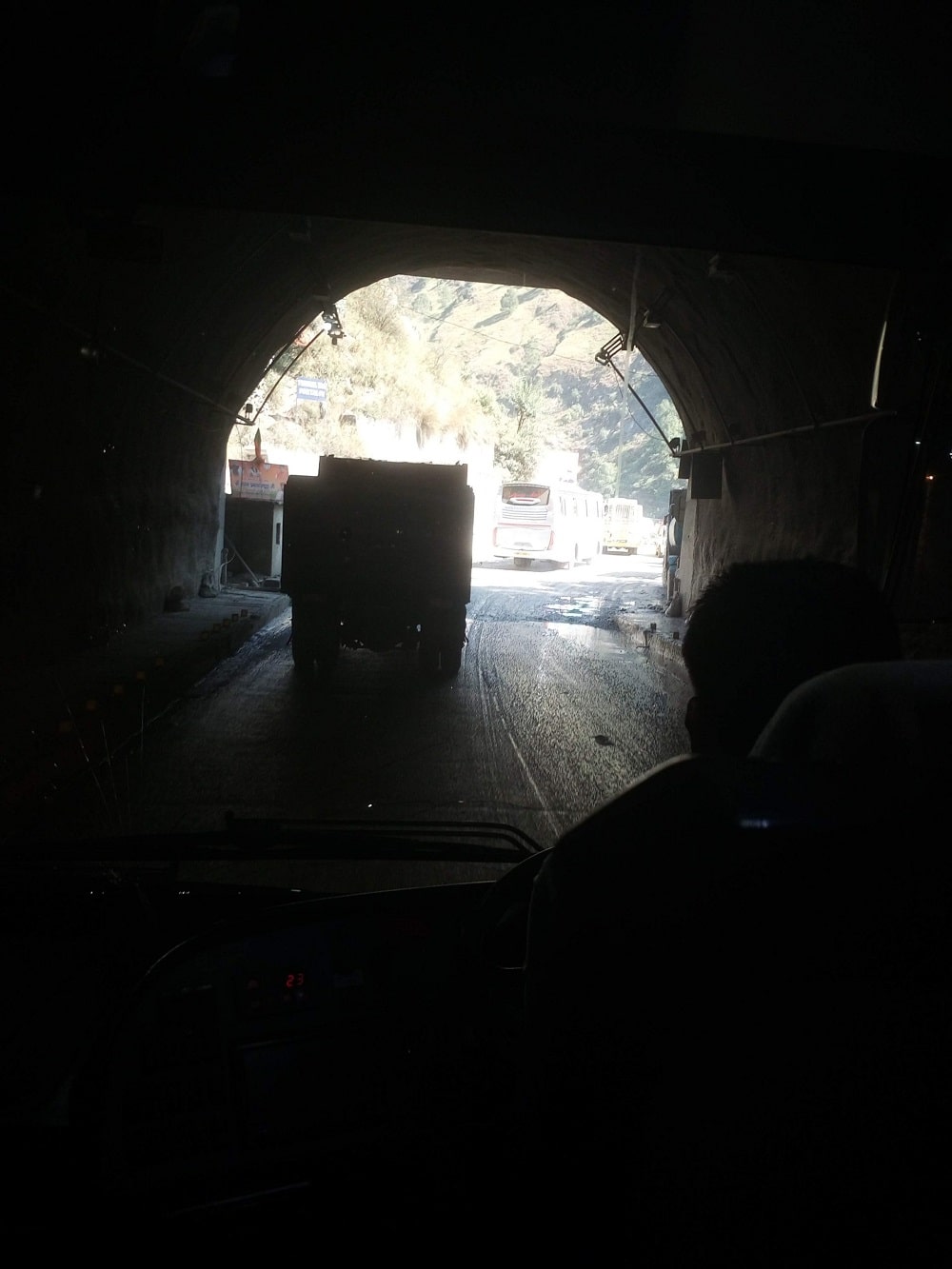 The bus passed through a tunnel. That was the longest tunnel journey I had ever had in my life. It kept going on and on. I had only seen such tunnel passages in movies only. With a heart filled with excitement, I was treasuring all the vistas I was getting.

After traveling for around 11 hours or more I don’t remember exactly (who counts when you are in such an incredible place), I reached Aut and the bus dropped me here. From this place, I had to take another bus to Sainj. I must have waited for around one hour if I can recall it. I spoke with few locals to inquire about the bus timing. So, the bus came and I boarded. Full of local people, the bus was decorated from inside, especially the driver’s cabin. If you get to sit and talk with the locals, you are lucky. But neither had I got the seat nor did I get to talk to any local on the bus. I had to travel standing all the way.

So, after an uncomfortably comfortable journey of around one hour or some, the bus finally reached Sainj. The place I had checked online. The forest area around the region is referred to as the Sainj valley and my destination was located somewhere in the valley but a little far. The small town of Sainj was bustling with life. Buses, cabs both shared and private, shops, markets, cafes, food joints and the river flowing by.

From Sainj, I had to book a cab since there is no direct bus or any service to the village. Use your bargaining skills. The cab owners will initially hit hard on your pocket, 1700, 1500 INR, etc. And I hired a cab in 700 INR. That was a fire deal for me. Though Shangarh is nearly 9kkm away from Sainj; trekking up to the place wasn’t a good idea since I had only two days and it was my first day when it was already more than 11 in the morning. 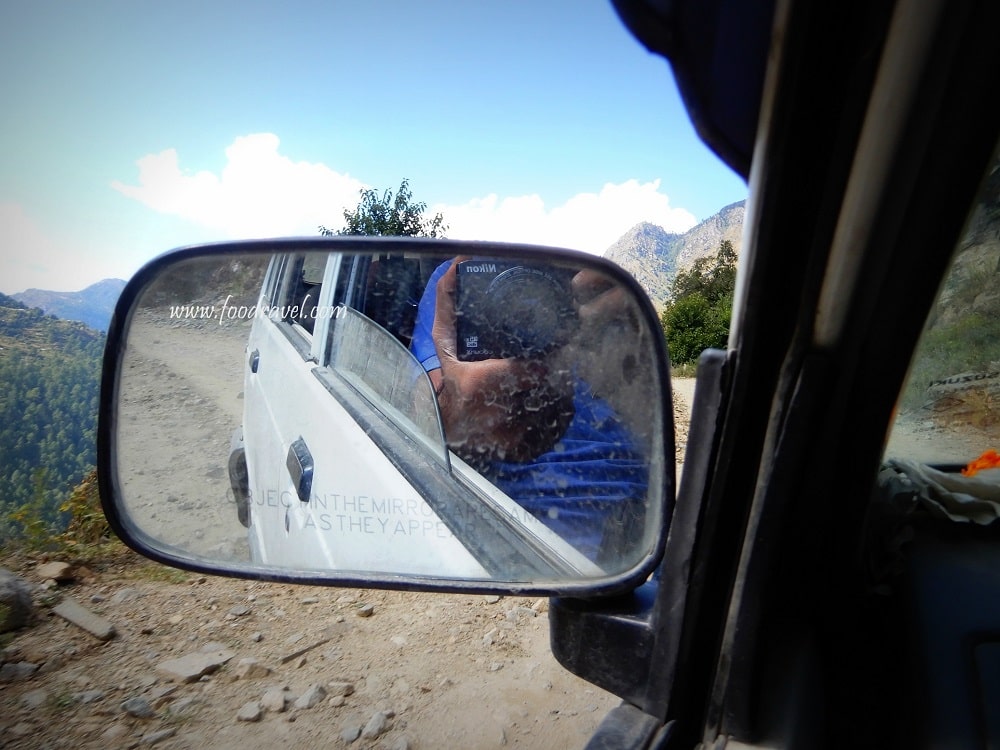 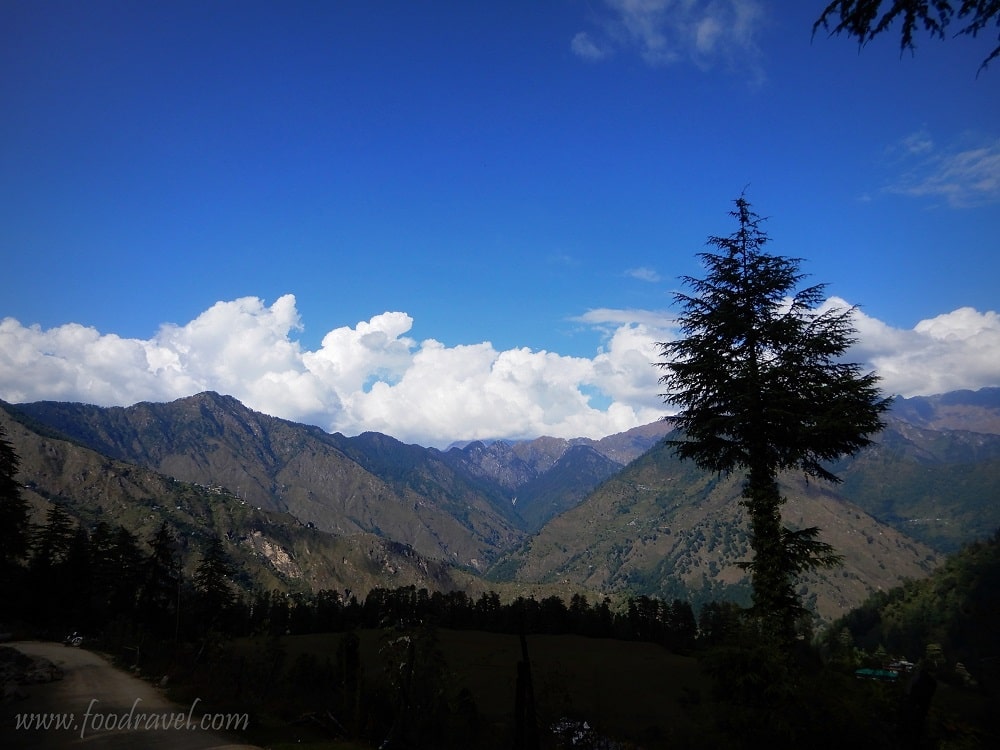 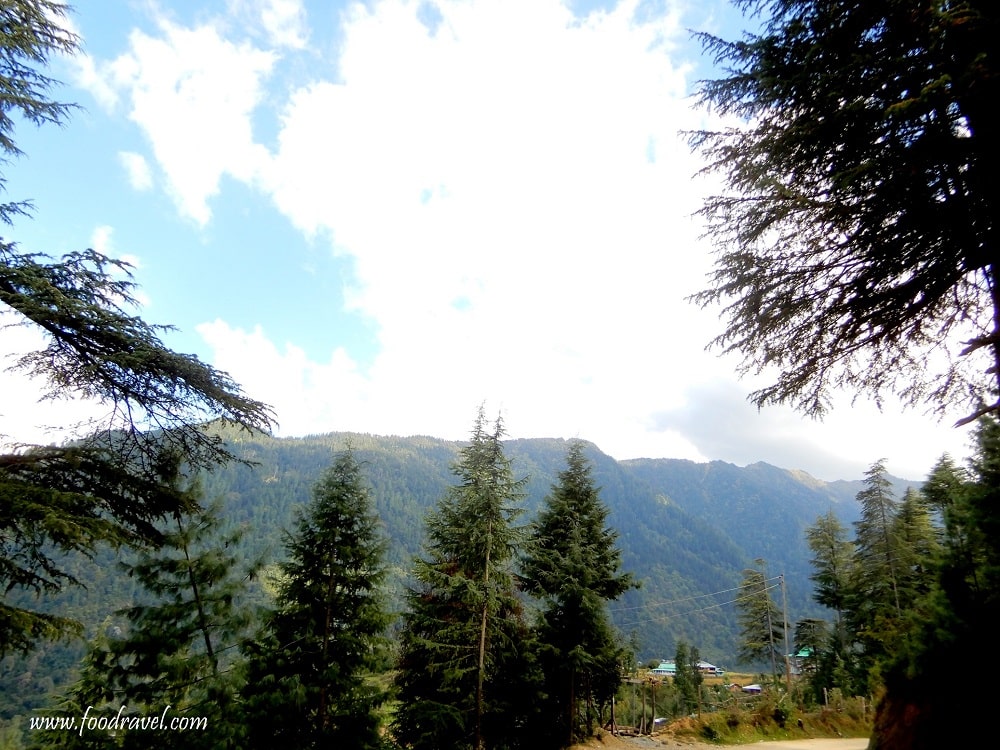 Now, it was the time for a real adventurous journey. Well, the road to Shangarh from Sainj was uneven, spiral and passes along gorges which make you vomit. Oh yes, I did vomit on my Rishikesh trip when I went there for river rafting. YAKKKK!!! Anyways, the Maruti 800 was ready to take me through some unknown paths, ascending and descending, at times, moving on the edges of the road with a distance of just a few inches to the gorges. But the skilled driver, kept his eyes on the road, hands on the staring and mind totally active.

The roads were rocky; I mean there were no proper roads, yet rock-cut passages, leading to several steep turns and twists. Passing through such incredibly stunning yet risky passages, I thought life would be really difficult and risky here, traveling like this every day. Well, the music on and the adrenaline rushing through my veins, I kept watching the views around and kept making myself believe that everything would be alright. And everything went alright. The driver seemed friendly and kept talking whole the way, telling about the place. He even showed his home and his son. 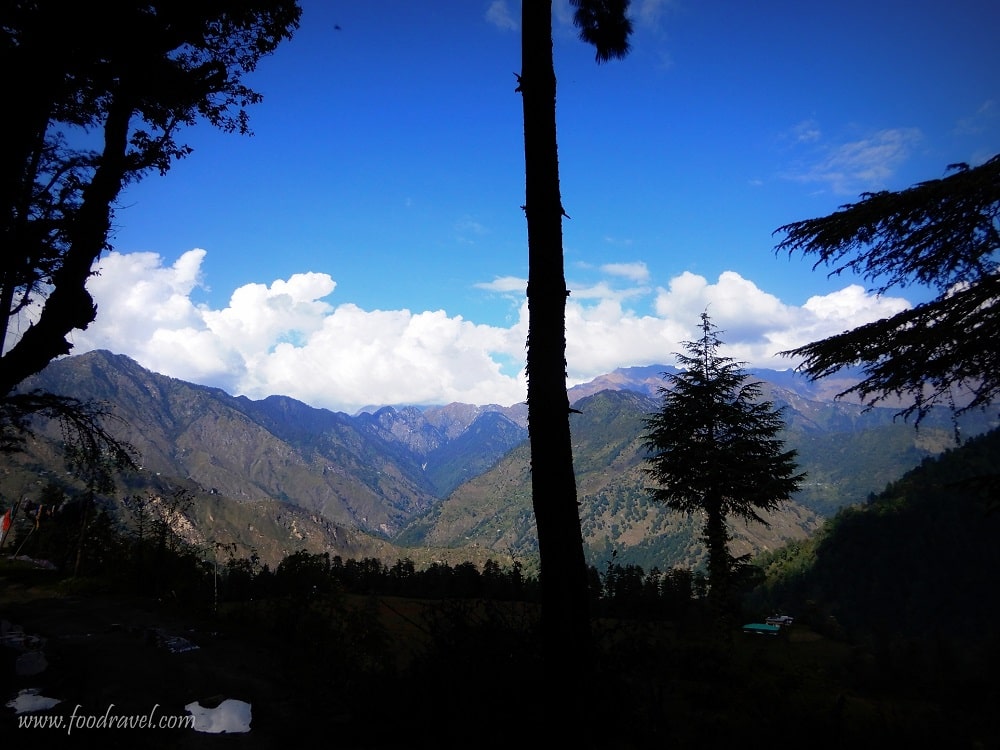 The car kept ascending and descending on those stony paths, filled with water at someplace, with mud at some other and somewhere with sandy dust that made me shut the window panes. The bumpy ride made me a little comfortable but that was the real fun of such places and journeys like this. After all, it was all for Shangarh Village, a village that smells fresh and pure with the essence of nature.

How many times do you travel? Often, quite often or very rare? And which places do you love to travel? There are places like Shangarh which are jeweled with unspoiled beauty and eternal elegance which is away from the carbon and plastic waste, where the air isn’t polluted but filled with purity and freshness where people still talk to each other rather than on phones, where life is real, not virtual.

2 thoughts on “How did I reach Shangarh Village? A Place of Eternal Peace in the Sainj Valley”