My visit to Dharamshala didn’t just stop at its cricket stadium. Yes, I visited Dharamshala Cricket Stadium but I felt that I needed more time to explore this beautiful city. So, walking out of the stadium to the main place where the bus dropped us, we saw the War Memorial Park Dharamshala. Never had I heard of this place before so it was a new thing for me to explore here. I and Yogesh, both were just following the intuitions and were doing whatever was coming before us. 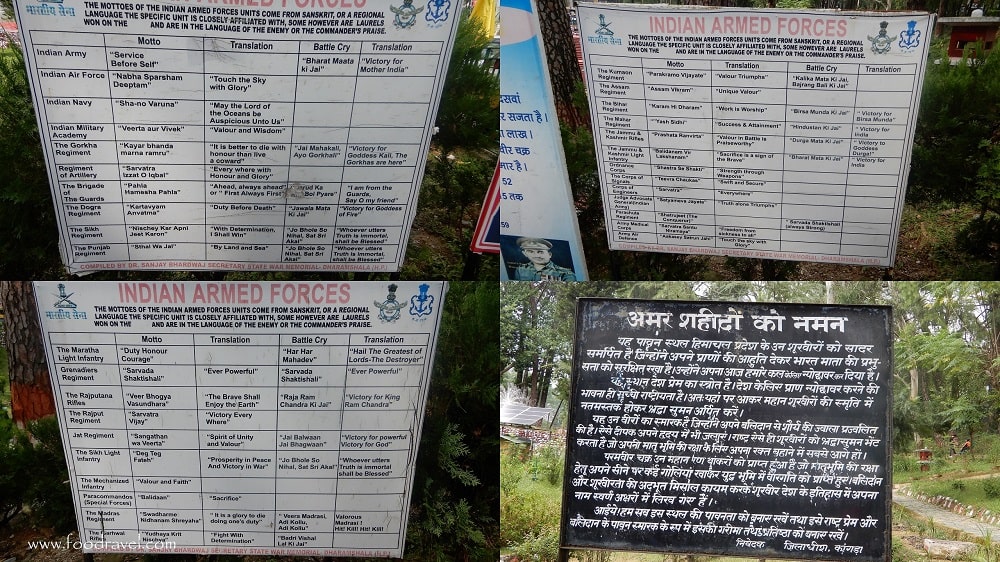 We stopped on the way, we clicked, took some rest, and then resume. Well, I have often opted for solo traveling; knowing that traveling in groups saves money. But this time, I was with a friend and we were not keeping track of our expenses on the trip. 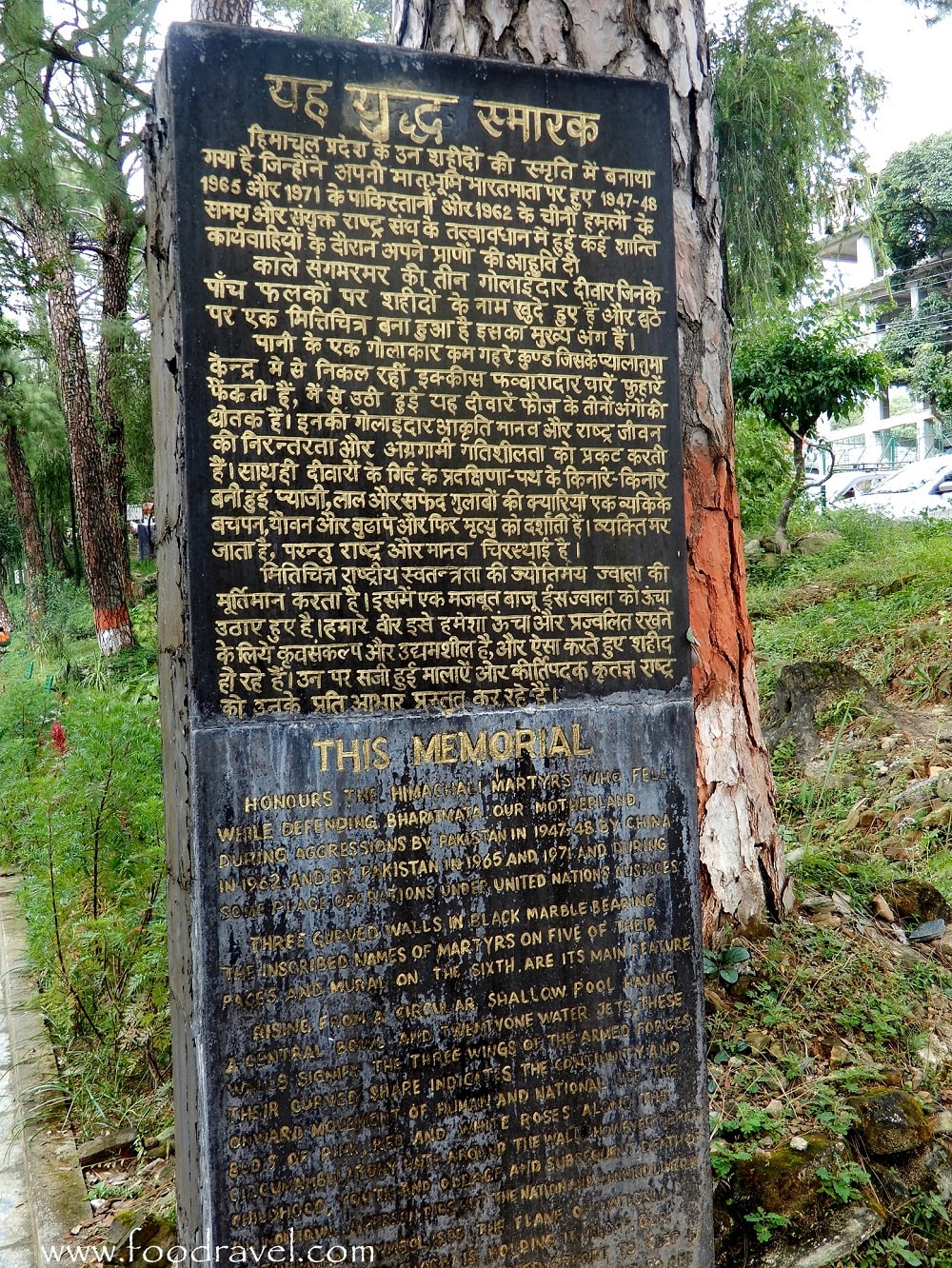 That’s the beauty and I appreciate, though we both were mature and were aware of our actions. I had visited Dharamshala previously too but didn’t get to visit the cricket stadium and War Memorial Park Dharamshala. While we were on the bus on our way to the stadium, we spotted this place from inside and decided to visit here after finishing our visit to the cricket stadium for which came here.  When I visited here last time, then too, I didn’t get to see this place nor I read about it on Google when I searched for places to visit in Dharamshala. Or I am not sure how I missed out on this location. 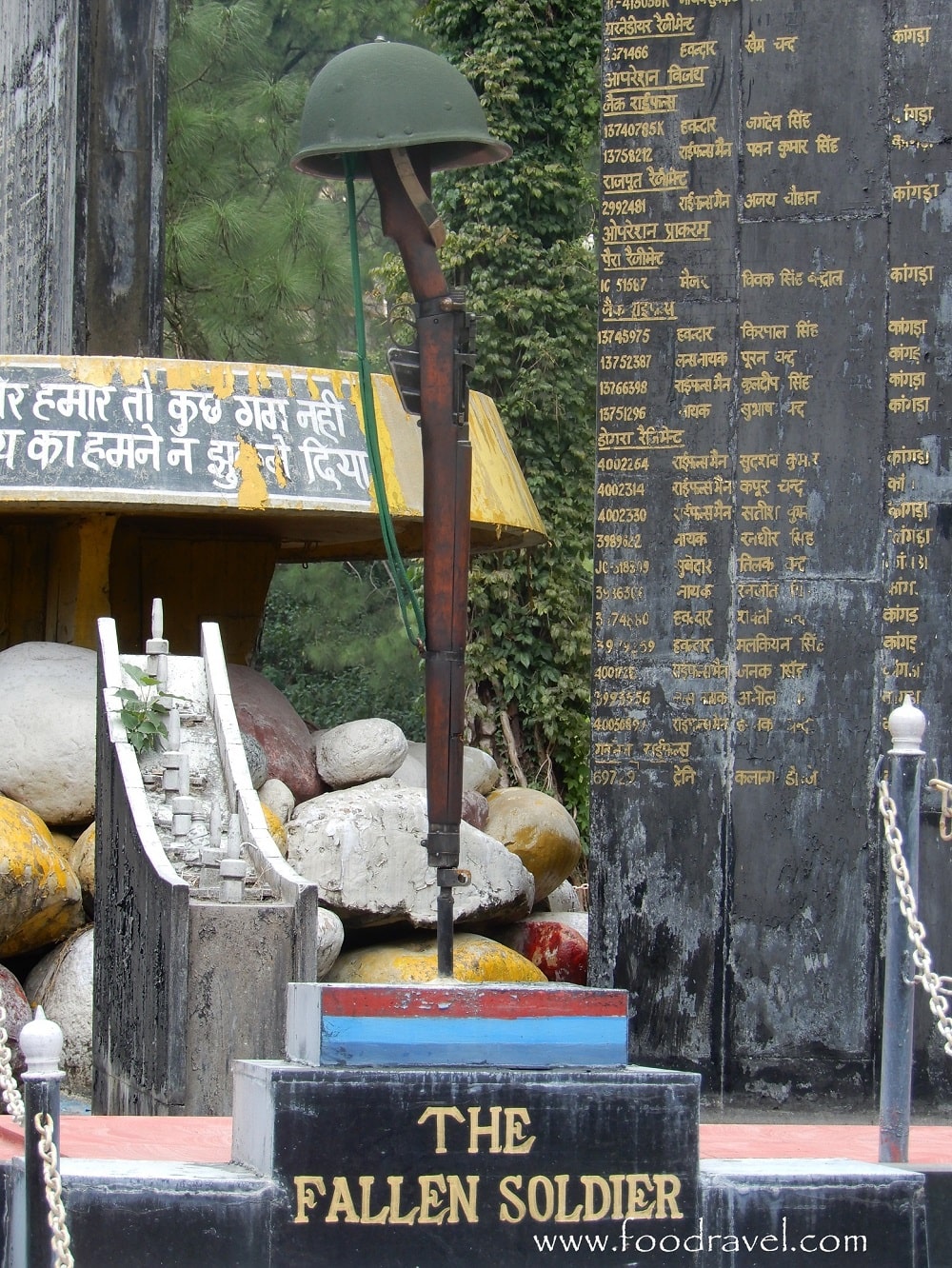 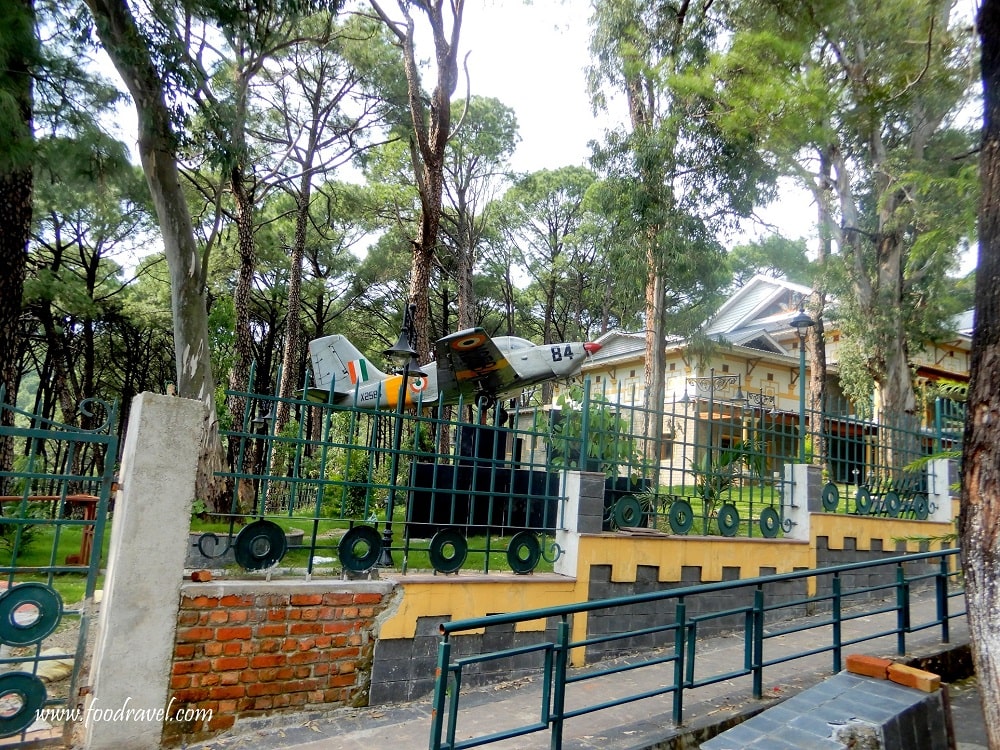 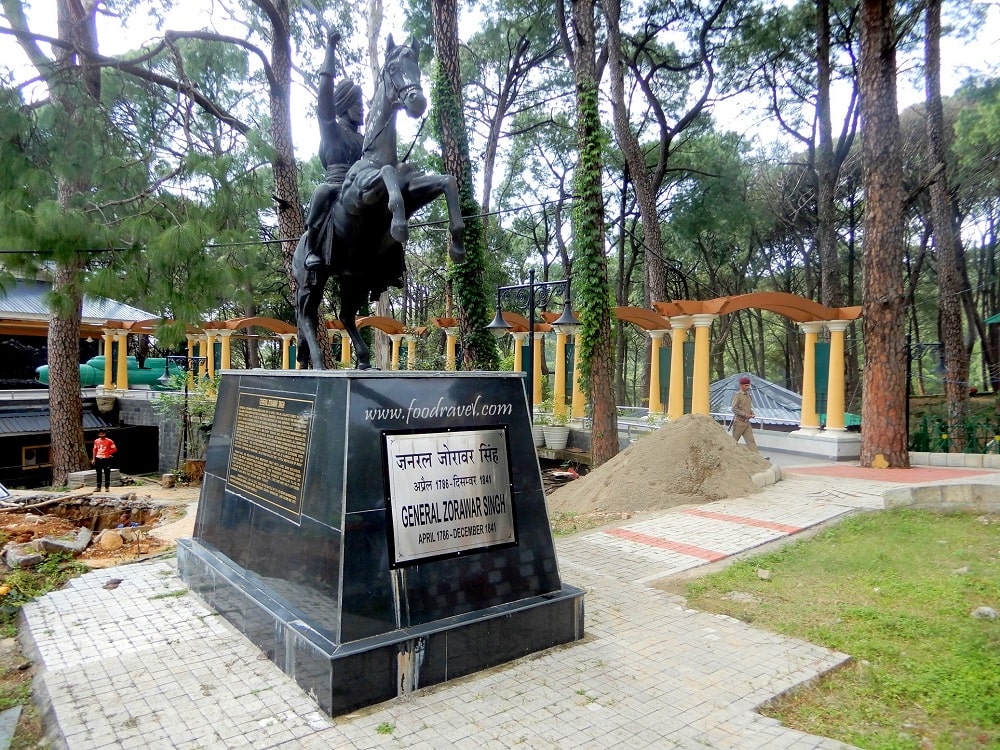 Dharamshala War Memorial Park is dedicated to the heroes of the Indian army. Surrounded by the forest and green lush ambiance, Memorial Park Dharamshala houses replicas of guns, jets, army tanks, submarines, etc. There is a panel of black marble which has names of our soldiers engraved on it who attained supreme sacrifice during several operations carried out during 1947-1948, 1965 and 1971, and several other peace-keeping missions. 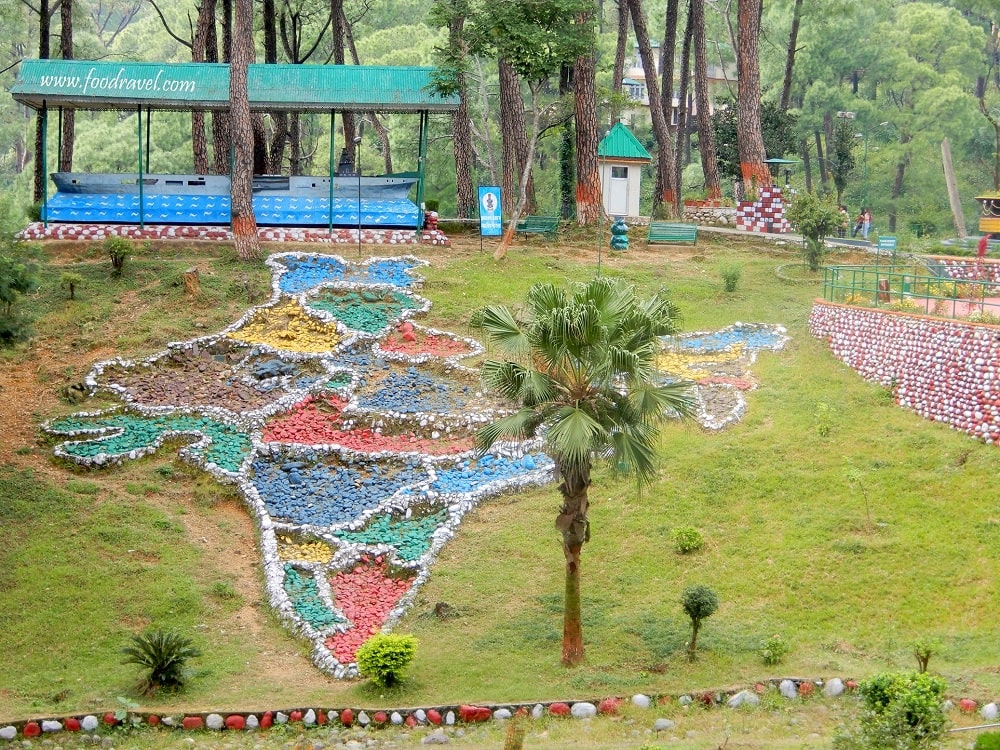 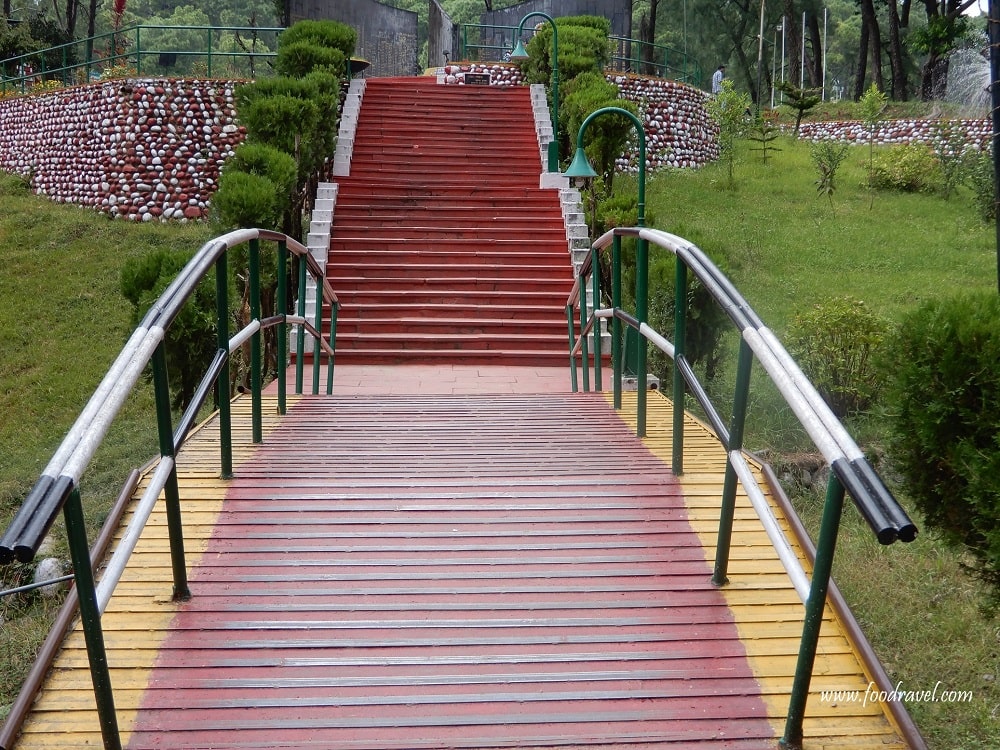 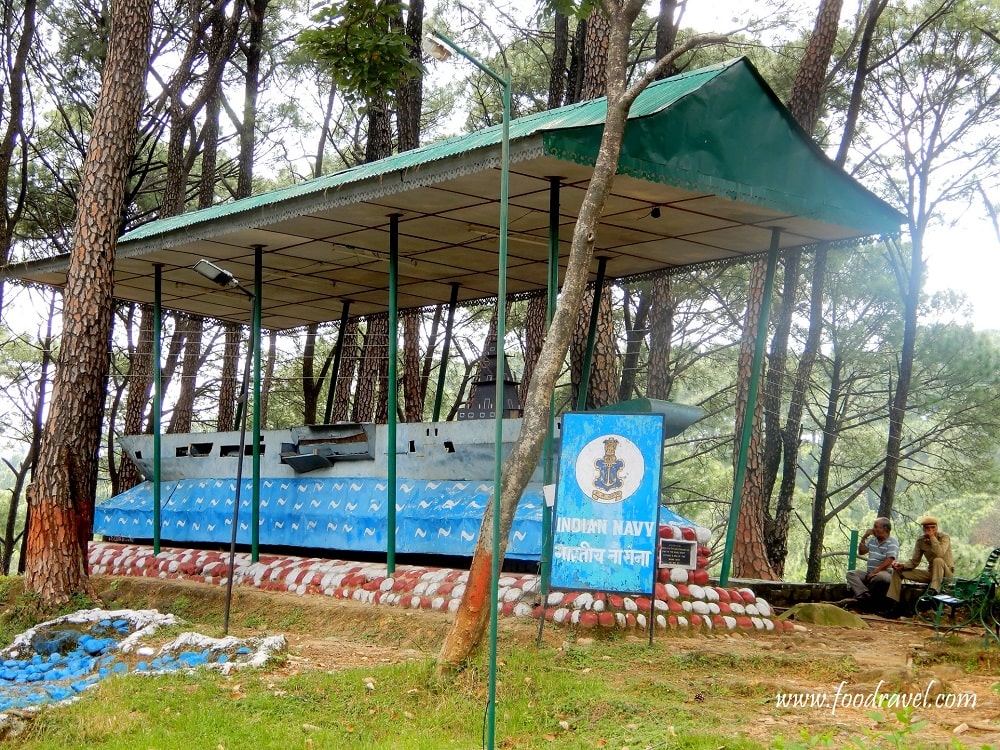 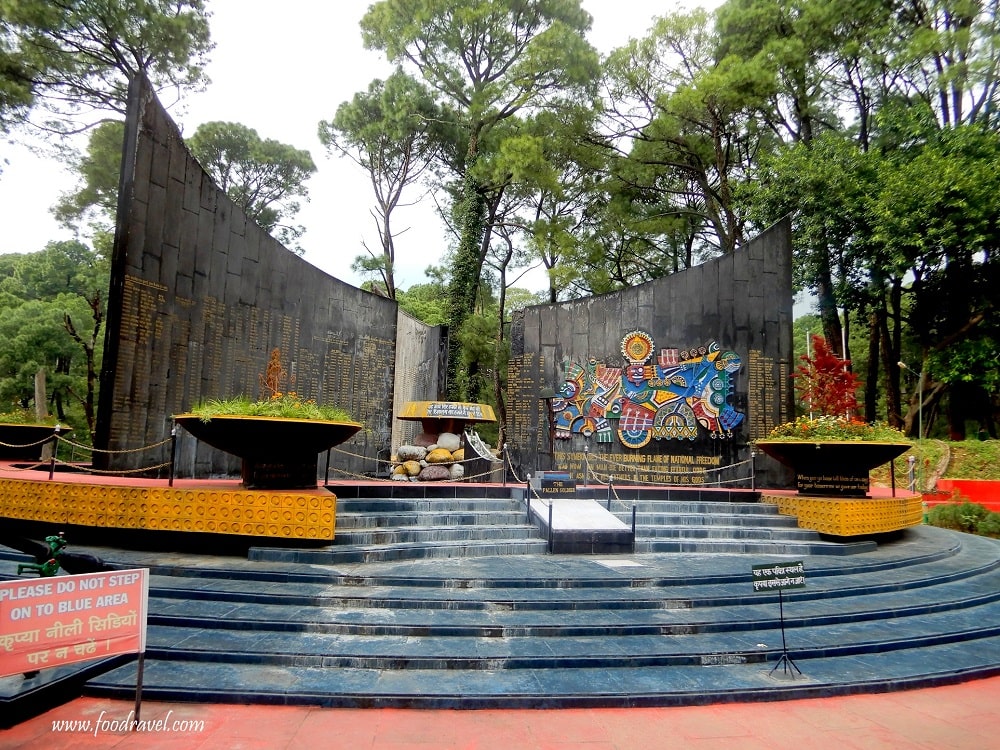 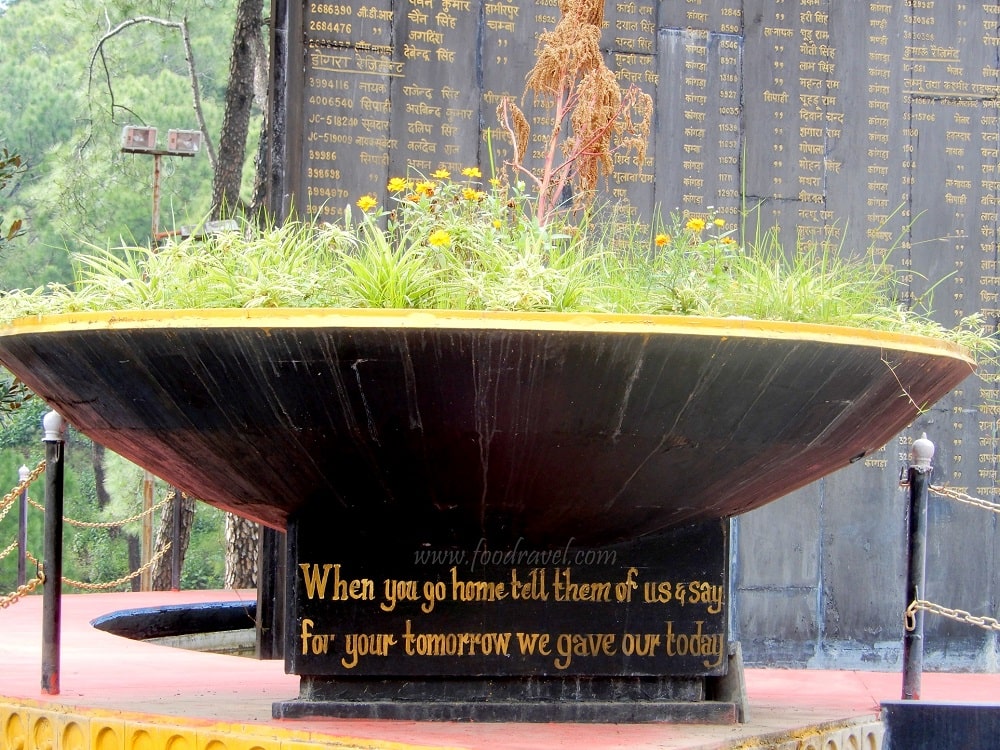 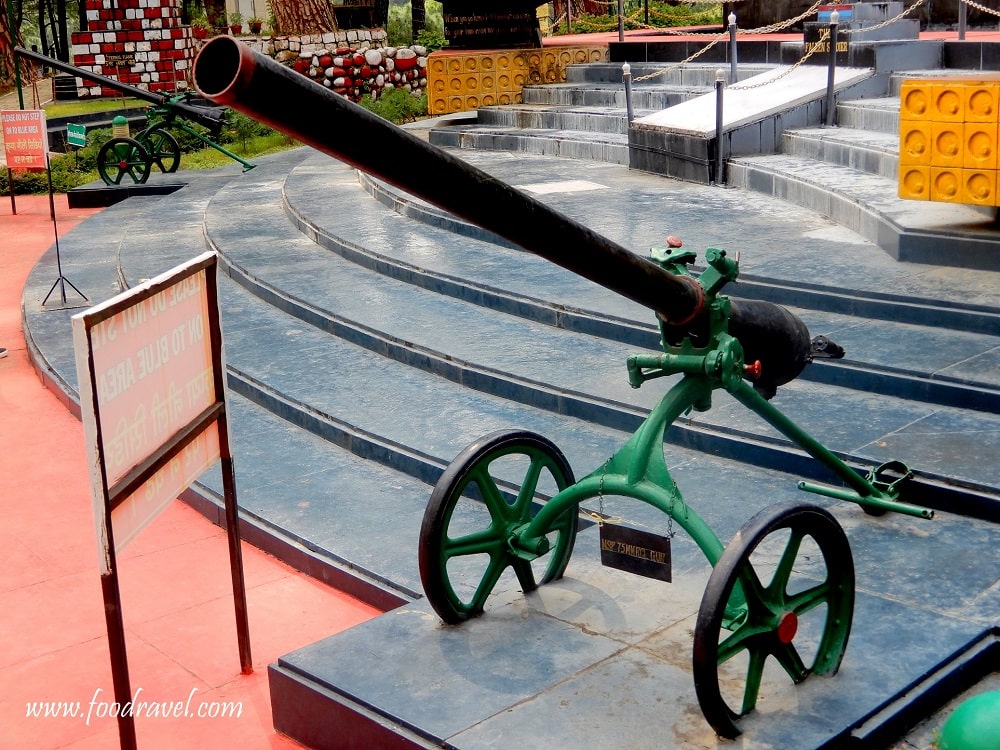 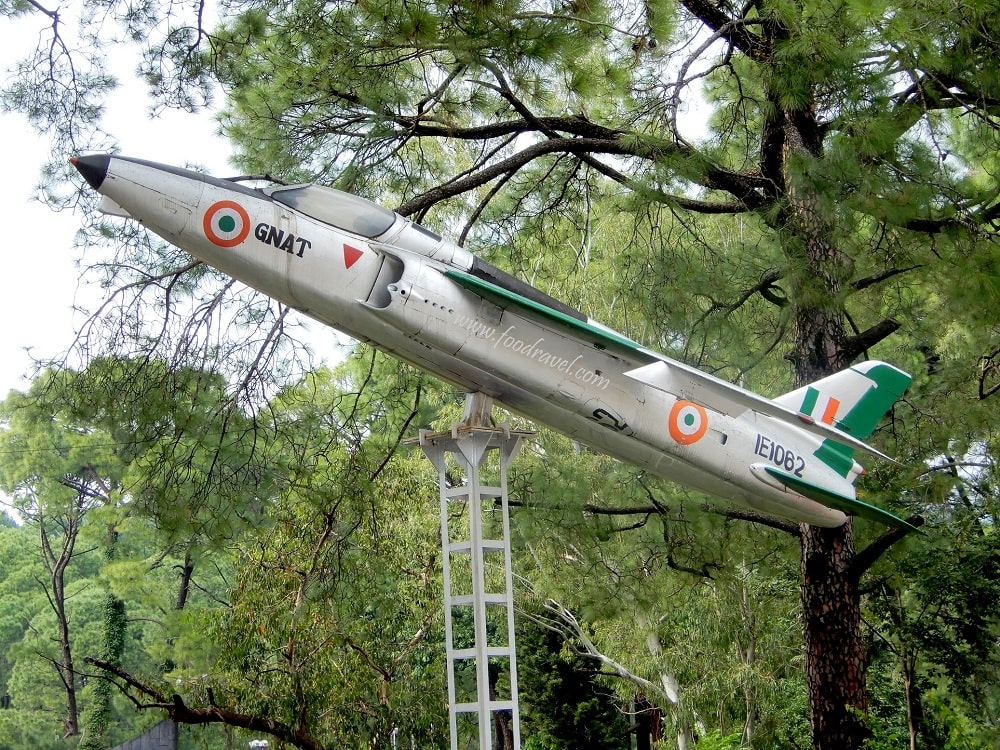 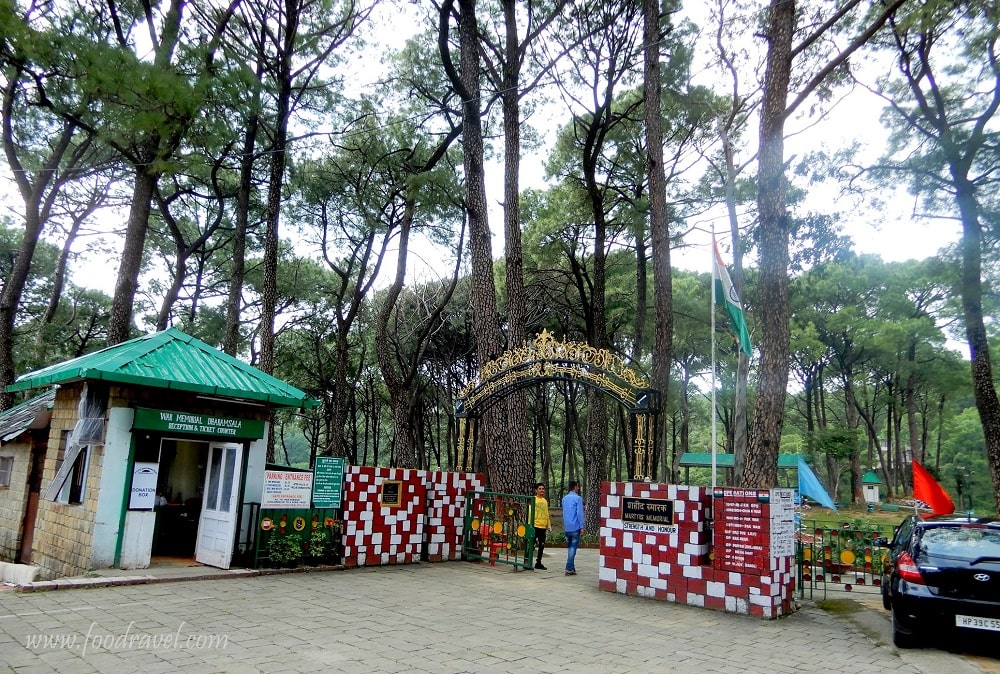 The moment you enter Memorial Park Dharamshala, you will experience a feeling of pride and respect for our soldiers who sacrifice themselves for us. There’s a café nearby where you can get quick bites and refreshments. Located on the main road, the park is clearly visible from inside of a vehicle. What I didn’t like about the park was the insensitivity of many visitors. Also, the couples who were sitting here without any sense of respect for such a place.

The park has a map of India made of colorful pebbles which is visible as you enter. You are led by stairs to the place where the black marble panel is built with countless names of the solders.

Pay respect towards our soldiers when you visit Memorial Park Dharamshala and thank them for everything they did, are doing, and will be doing.