It was the second and the last day of my weekend trip. I had missed out Kangra Fort the previous day as we got late. The next day, on Sunday, we checked out of the hotel and took a bus to Dharamshala. From there, took another bus which dropped us near Dharamshala Cricket Stadium. So, on my last trip to Dharamshala, I had missed this place since I had no idea about this cricket ground in Dharamshala but this time, I Googled and searched places to visit in Dharamshala and this place topped the list and I had to visit it. Yogesh was also willing to visit, thus we fixed it. The last day, we had covered all the major attractions in Mcleod Ganj. 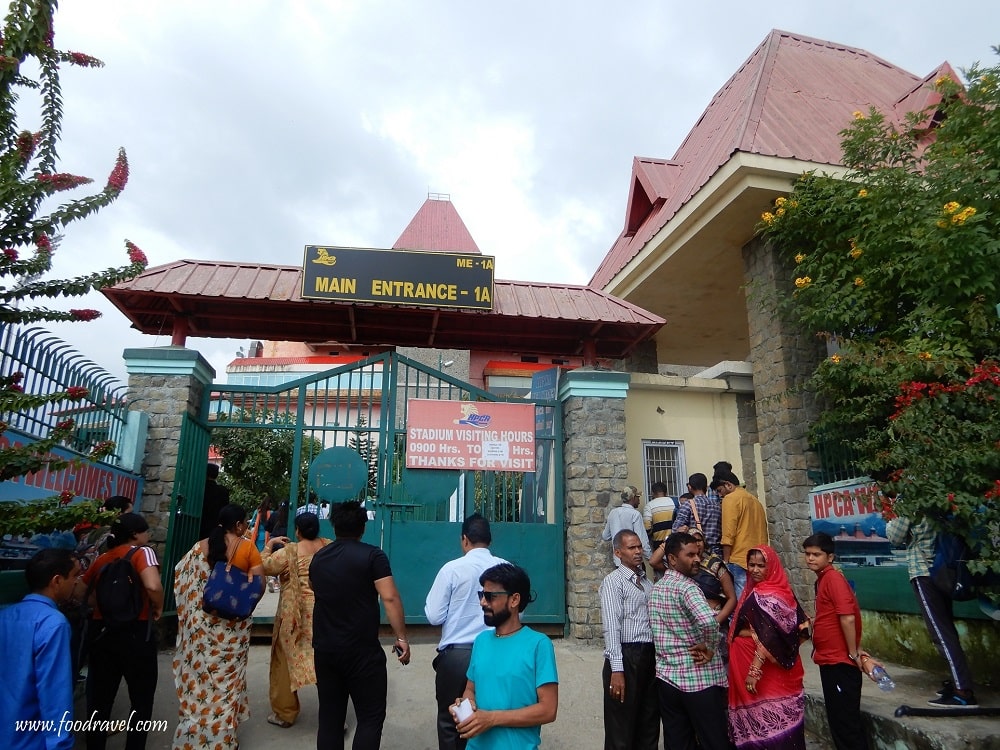 When I took a wrong bus to Dharamshala Cricket Stadium

We decided to use public transport in Dharamshala rather than booking a personal cab. I was on my limited budget and wasn’t expecting anything out of my limits. Moreover, traveling in local transport gives a feel of being a local and good way to communicate with the people as well. So, we asked some people about the bus to Dharamshala cricket stadium. The guy told us about a bus but unfortunately, we boarded a wrong bus and had to get down hurriedly. 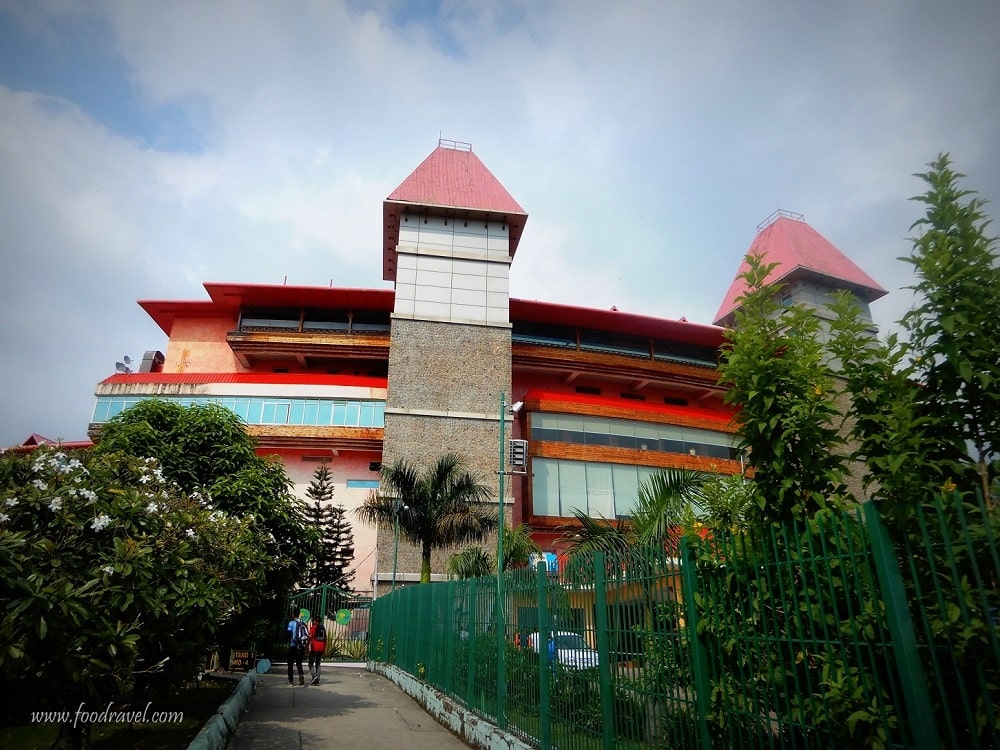 Traveling to a new place is always a challenge especially when you travel unplanned. When you plan where to stay, where to eat, what to eat, how to travel, etc. you are in the safe zone but when you travel without any planning, you often end up spending more than your expected budget. That has happened with me already however this time, I didn’t book any vehicle and only used public transports. Anyways, we saw another bus coming and asked the conductor if the bus was heading towards the cricket stadium in Dharamshala. He said yes and we boarded in it. A nice uncle was sitting and he told us to get down when the bus reached near the stadium. 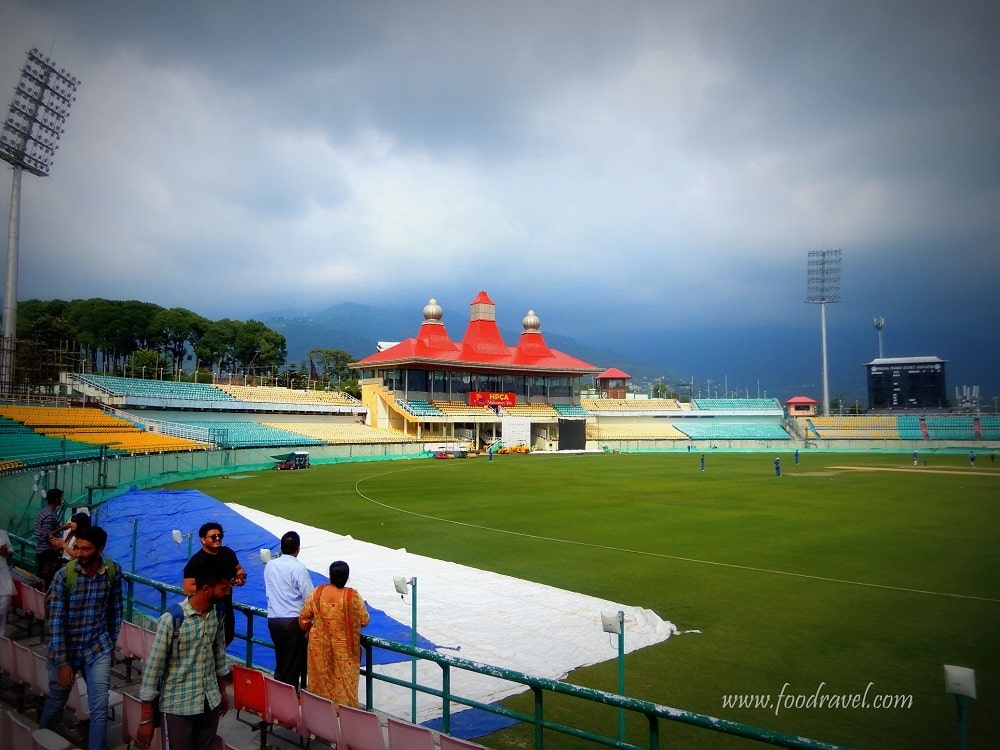 From the place where the bus dropped us, we walked for a while. It must be at least one kilometer from that place to the cricket ground. I remember when I told people that I didn’t visit the cricket stadium (on my last trip), they behaved like I missed something really interesting place.

Well, I don’t travel too often and I usually take weekend trips, that too once a month. And in such a tight schedule, it is really hard to cover all the places. Moreover, last year when I visited Mcleod Ganj for the first time, I was only intended to visit Triund for camping. Thus, this time I left for Bhagsu Nag and I even visited St John’s in the Wilderness.

Why is Dharamshala Cricket Stadium so famous?

I wondered if a cricket stadium could be a tourist place. But when I visited the Dharamshala cricket stadium, I realized people were not wrong. This place is actually beautiful, well just like any other place in Dharamshala. Surrounded by green meadows, mountains covered with snow and conifer trees; this stadium owns breath-taking beauty. 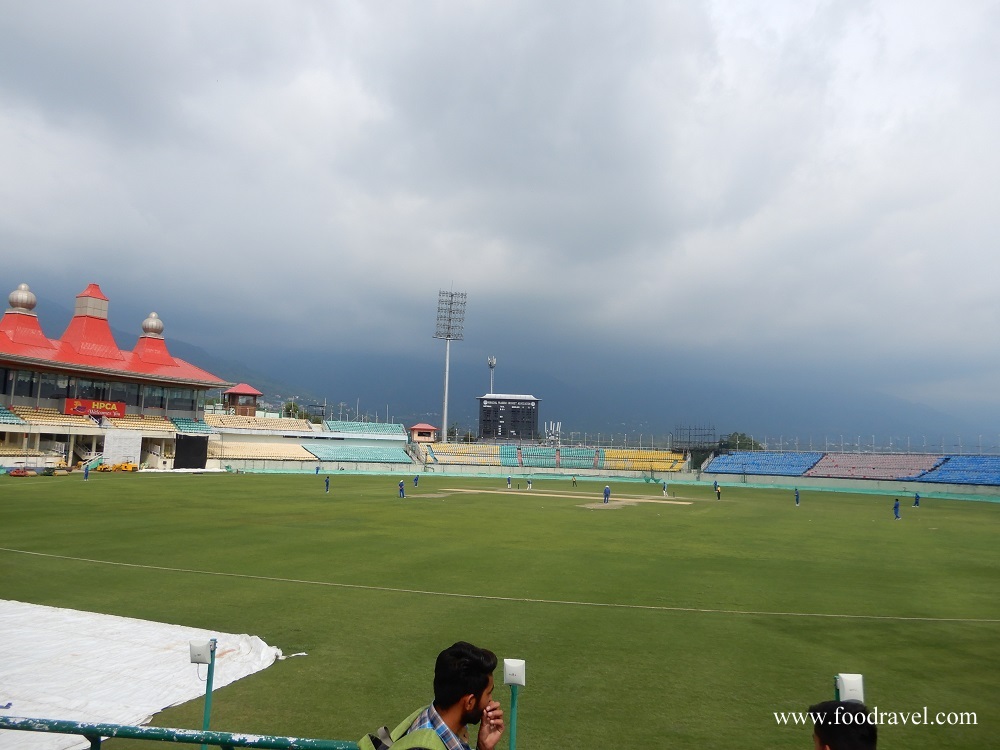 I watched a match at Dharamshala Cricket Stadium 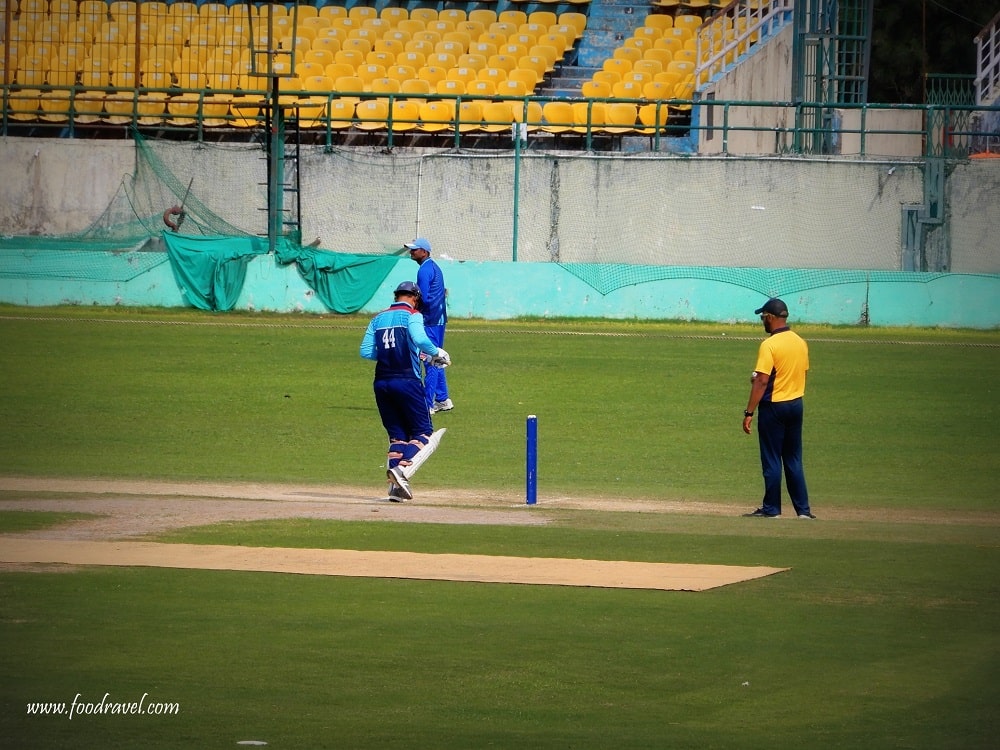 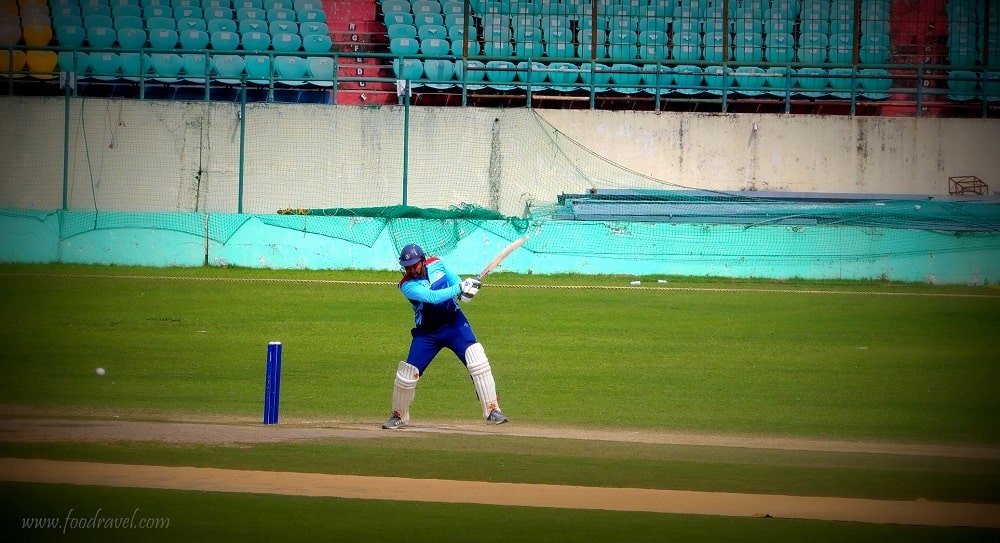 Well, I don’t remember what match was it but yes when I reached there, a cricket match was being played and I watched for some time and hooted at the boundaries of the batsman. The commentator was doing his job and the teams were busy with their match while people were busy taking selfies and photos. It must have been a cricket match between the college teams, I may be wrong here. But yes, watching a cricket match, in a stadium surrounded by green terrain and snow-covered mountains is an incredible experience.

After spending ten minutes or so, we left the stadium. We retraced our path back to the same point where the bus dropped us. And from here, we visited Dharamshala War Memorial.