I didn’t have much in my itinerary for the day and was only depended on Google. Well, that’s a challenge when you don’t plan your trip. Since it was my second trip and I came here for visiting Bhagsu Nag, my list to visit other places in Mcleod Ganj was very sketchy. With no much in my mind, I and Yogesh left from the St John’s church in the wilderness and followed the path which Google showed us. Frankly, that was the only path that we had in front of us. While Googling which other places can be visited in Mcleod Ganj, I came across this name online, Dal Lake.

And honestly, I was surprised to read it since I only knew Dal Lake was in Srinagar. Moreover, Mcleod Ganj has been on my list for a long time and this name never came across my mind. Thus, I started the map navigation and followed it. I was a bit concerned for my friend since he had no experience of walking/trekking like this and we were panting heavily as well. Google map showed us around 3KM distance which we had to walk. We didn’t think of taking a cab or anything but only walking. 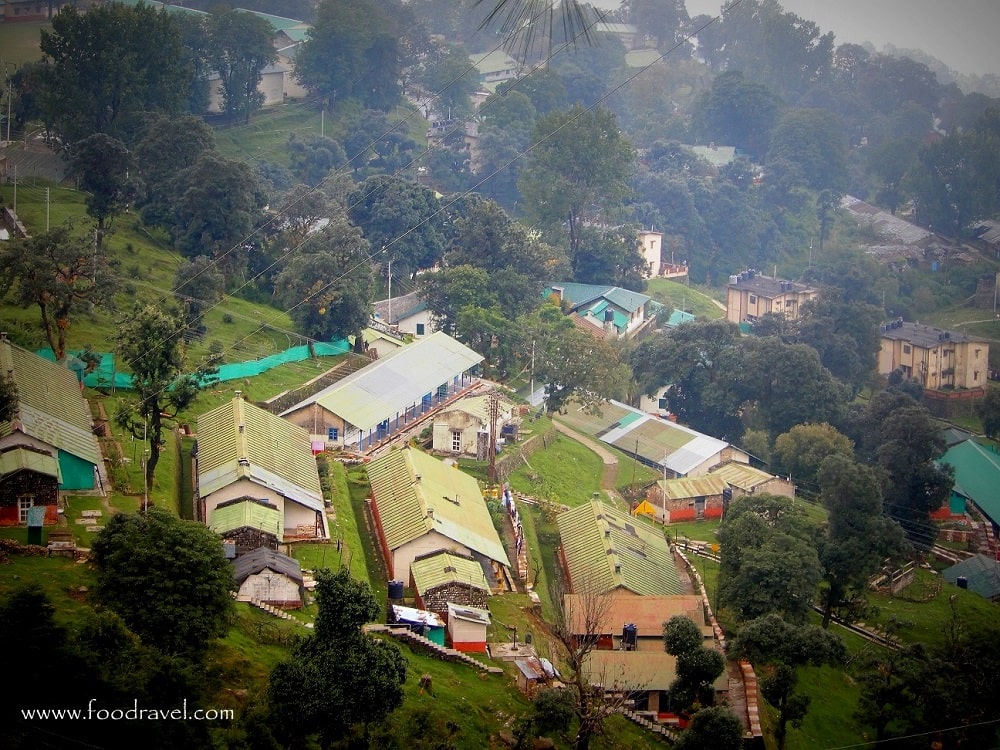 Sometimes, Google Maps messes up everything. We all know that. So, keeping the direction of the map in mind, we asked many people on the way about Dal Lake. I don’t remember the name of the village where we stopped and took a breath for a while and also asked a guy sitting by the roadside. But fortunately, we were on the right path else we would have reached somewhere else.

I am used to traveling very often like this but I guess Yogesh was on his first trip of this kind. There was a village on the way were we escaped ourselves from the monkeys sitting on the tress, all set to snatch things from us. But somehow the local people scared them away and we moved faster. When I checked the map again, I found that we were close to the lake. We both were sweating and were panting since we were climbing up the height. And we deserved a good place to unwind and relax from the pain we took to reach Dal Lake. Trekking to Dal Lake from Mcleod Ganj was not that much hard, but only if you know that the path you have chosen to walk, is the right path. Otherwise, who knows, you might end up reaching to a different world.

Some Interesting Facts about Dal Lake 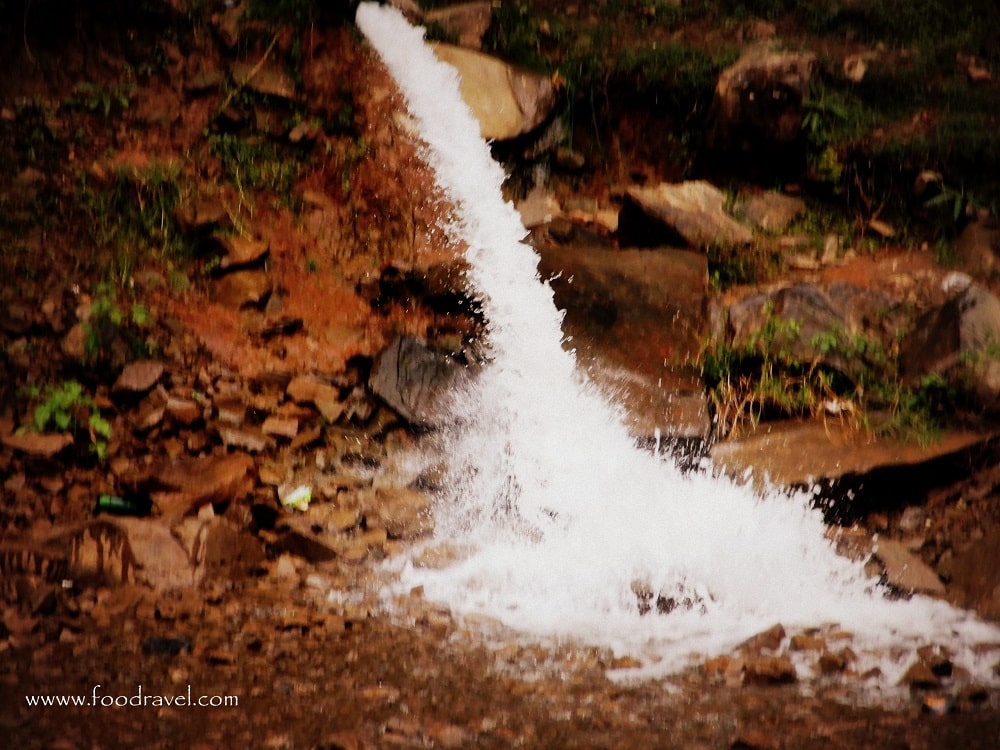 Pardon me but Dal Lake was a disappointment

Yes, you read it right! I was expecting something better here but reaching here after so much effort that the way you. It was like khoda pahad aur nikala chooha. When I saw Dal Lake, my first reaction was weird. I was wondered to know that we did so much of an effort to reach this place.

The excitement of trekking to Dal Lake from Mcleod Ganj was all vanished at the very first sight of the lake. It looked like just an ordinary water body. Dal Lake might be very beautiful but the moment I visited here, the effort wasn’t worth it. Maybe, it needed proper attention and maintenance. The lake is located in Tota Rani village of Kangra district and is surrounded by big deodar trees that look beautiful. Maybe I visited the lake at the wrong time of the year. The green water of the lake didn’t appeal to me at all. I don’t want to hurt anyone’s emotions but that’s what I observed there. There is a small temple of Lord Shiva and the place is considered sacred by the locals. 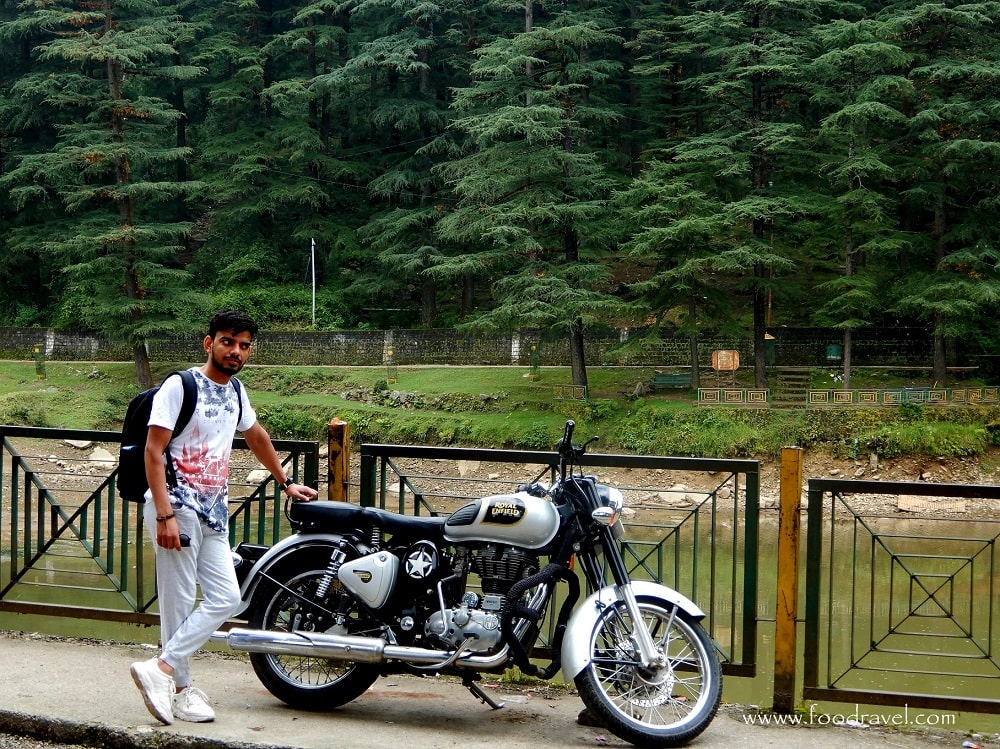 I often travel to explore places that are untouched and unspoiled by commercial tourism. However, I didn’t observe anything of that sort but the place seriously needed attention from the local authorities so that the beauty of the place could be retained and maintained for a longer time. Plastic pollution is a major concern at such places and that’s a threat to the natural beauty of places like this.

Located on Mcleod Ganj –Naddi road, this oval-shaped lake has a mythological story behind it. A story says that a sage Durvasa prayed to Shiva here and that’s why there is a temple of Lord Shiva. During September, people celebrate a festival here dedicated to Lord Shiva, and devotees from nearby villages come here.

While I was browsing online about this place, I saw some photographs of boating in this lake, however; I didn’t get to see any boat or any activity of that sort there. So, I should admit that I came there at the wrong time of the year. But I visited Dal Lake on 25th September and that wasn’t the wrong time. Well, if you visit there and find it different from the pictures I have clicked, do let me know in the comment sections below.