Shangarh is a place nestling in the aura of pureness and serenity of nature and is yet untouched by commercial tourism which is actually good. I hope it stays like this, a backpacker’s abode. So, where will you stay in Shangarh? Shangarh is mostly visited by solo travelers or backpackers. And for your service, the local people have built homestays. Yes, there are a couple of local homestays in Shangarh where you can go and stay at a nominal charge. However, you can even stay in hostels like Zostel if you love to stay with travelers’ community. 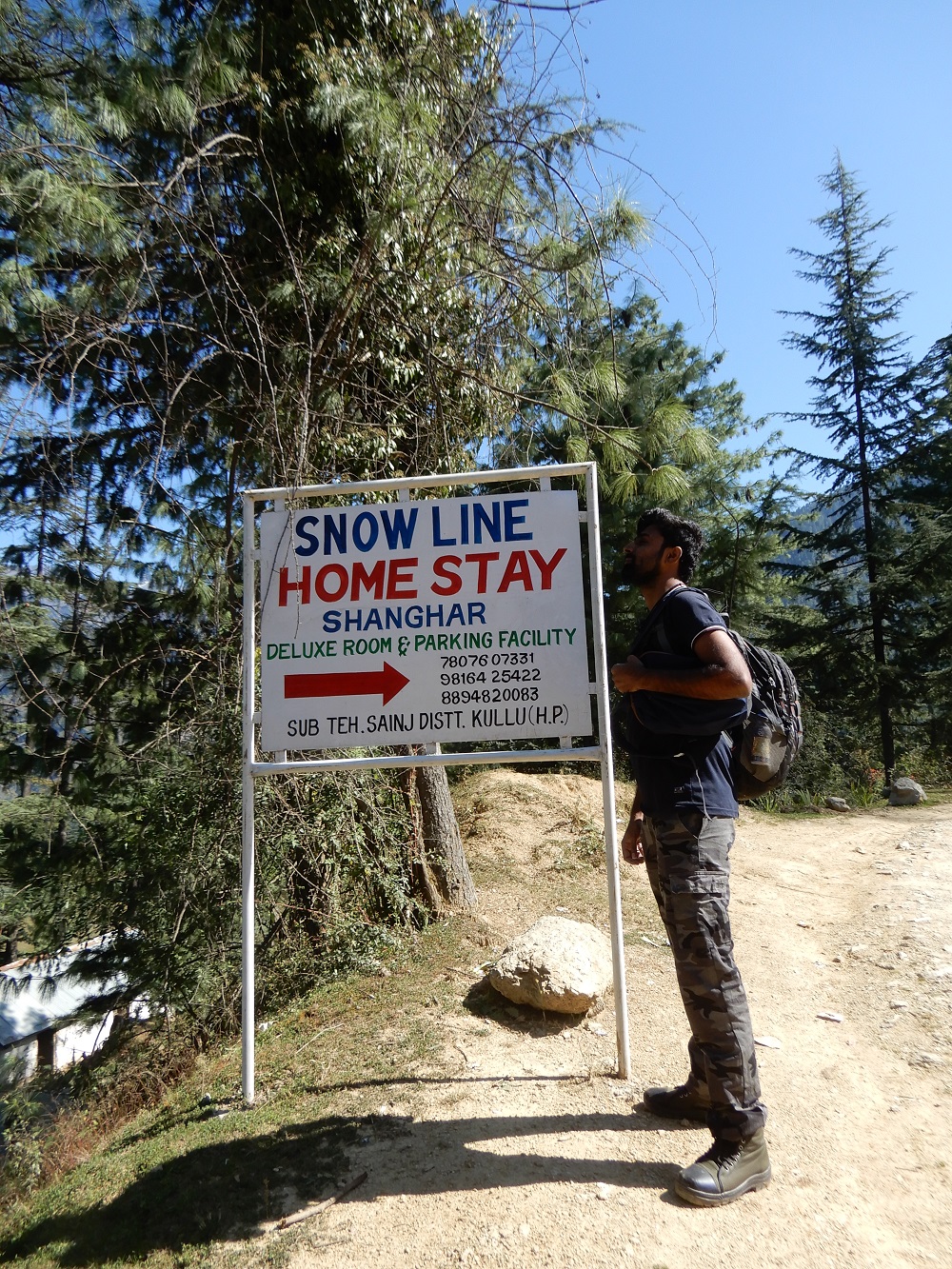 Though I didn’t book there but I just called the homestay and asked for the room and that’s how I got it. Considering this place isn’t that popular and there is no commercial tourism, the homestays in Shangarh are likely to remain to vacate and one can just go there and ask for the room. Now, I travel like a vagabond, without any planning and I usually face such problems. Sometimes the prices are way too high; that happened with me in Dharamkot when just one night, I had to pay 2000 INR since there was no room available in other hotels and it was Friday.

Where did I stay in Shangarh?

When I reached Shangarh, it was already more than 10 I guess in the morning. The place where the cab dropped me was perhaps the bus point of the village. There was a small café on the corner and a small playground for maybe volleyball or badminton. I approached the café owner and asked him if he knew any room in the homestays. He told me one but I didn’t like it much. At the bus point, there some boards of the homestays and I picked up the contact number from there. 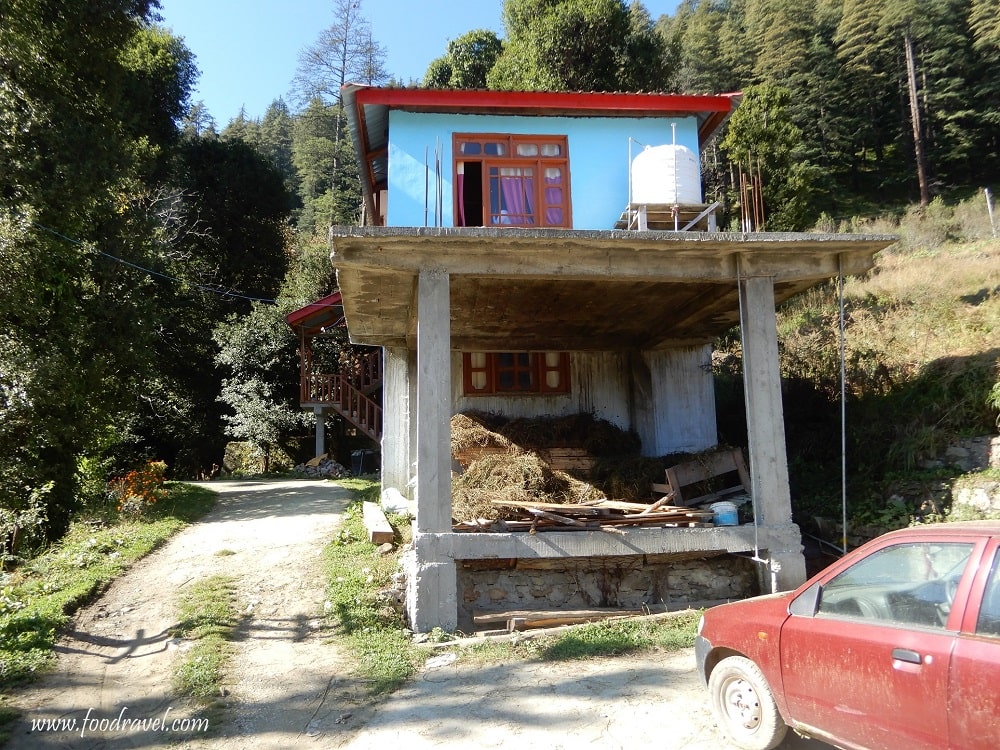 Upon calling Snow Line Homestay, I got to know that homestay had a room available. Snow Line was located a climb, the hike passed through several ups and downs. I was lost then I got the track back again and then I lost it and then I asked some and then I got it. However, these efforts were rewarding. I am not sure if you can camp to stay in Shangarh since I didn’t see anyone doing. Well, perhaps there was no traveler there other than me on that day. 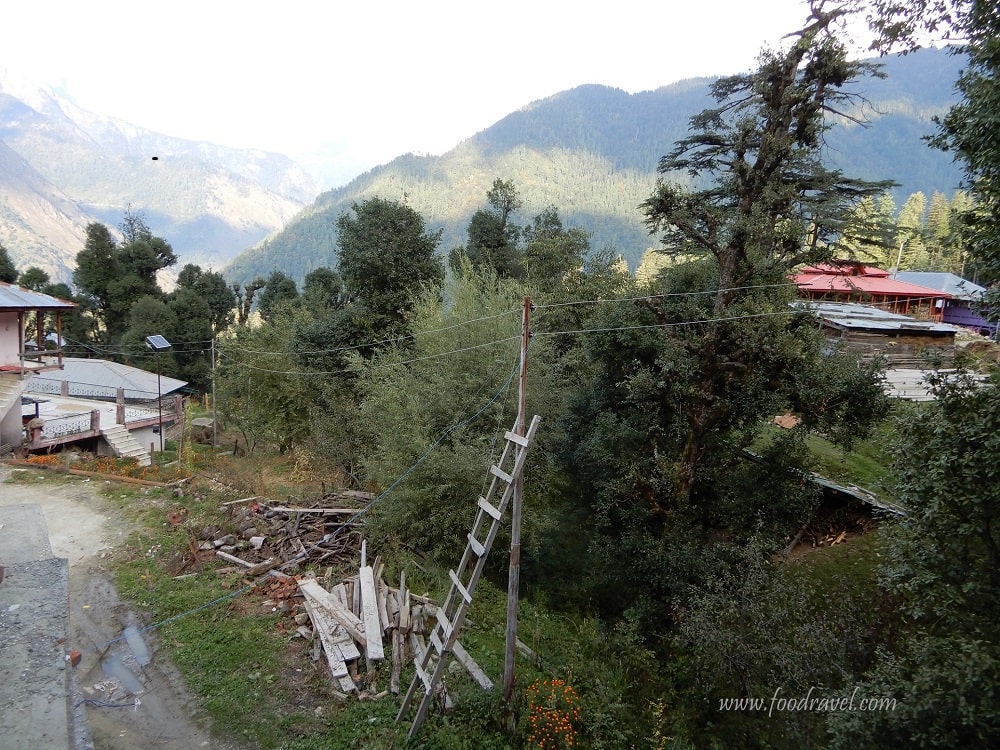 When I reached near to the homestay, I heard the sound of the water stream. When I reached the place, I saw dense plantation and water was falling off from the top and I failed to know the exact location since it was a thick forest at the top. However, the place where the water was falling down made a small waterfall which can be called a cute waterfall. The water was freezing cold and was flowing down a canal-like structure which perhaps led to the main village area.

And from the waterfall place, there were stairways. Stairways to heaven! Cemented stairs led to the upper part of the village located on the hillock and that was where the homestay was located. The climb was risky since the continuous flow of water had made the stairs slippery and one had to carefully step there. I reached someplace where I could stay and take some breath. I could see some homes and cattle. I asked someone about the homestay. 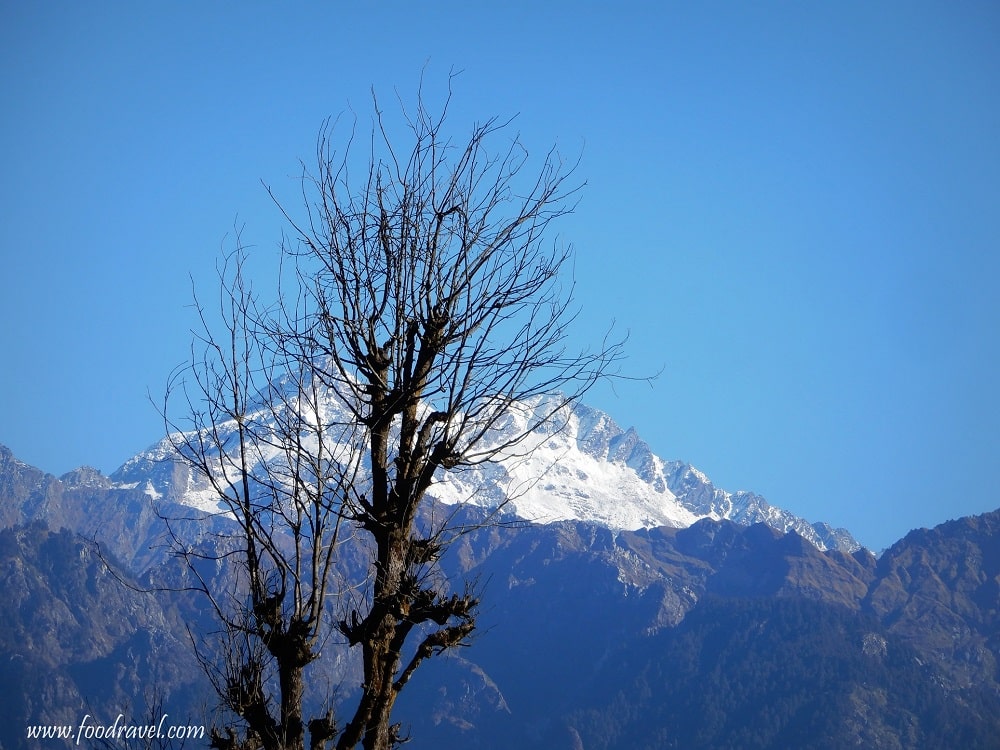 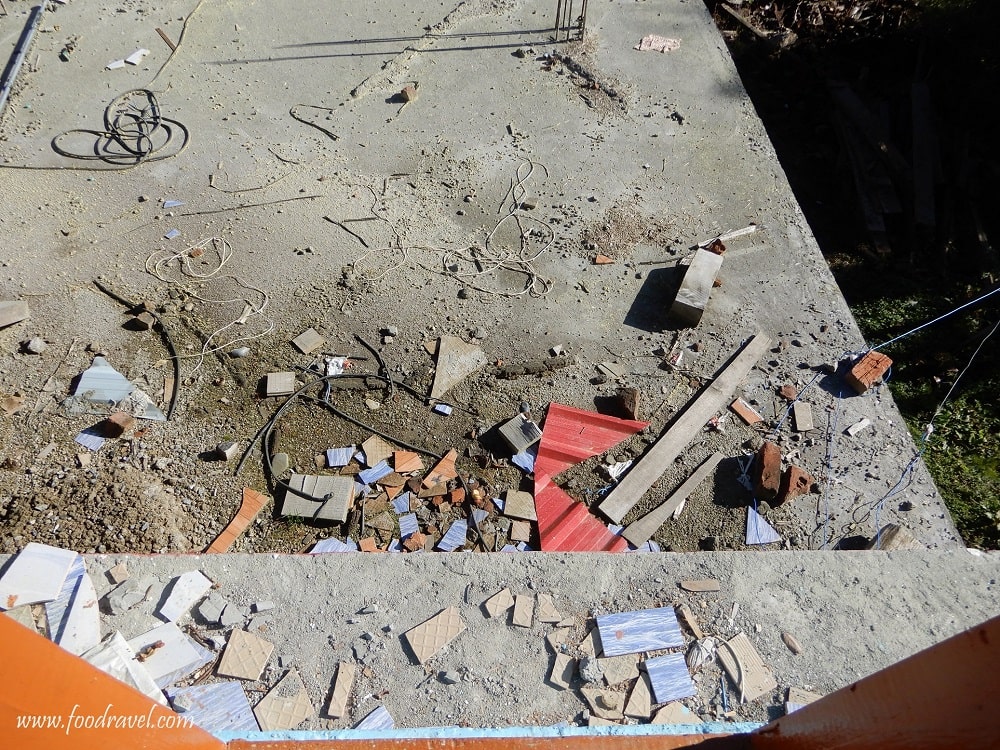 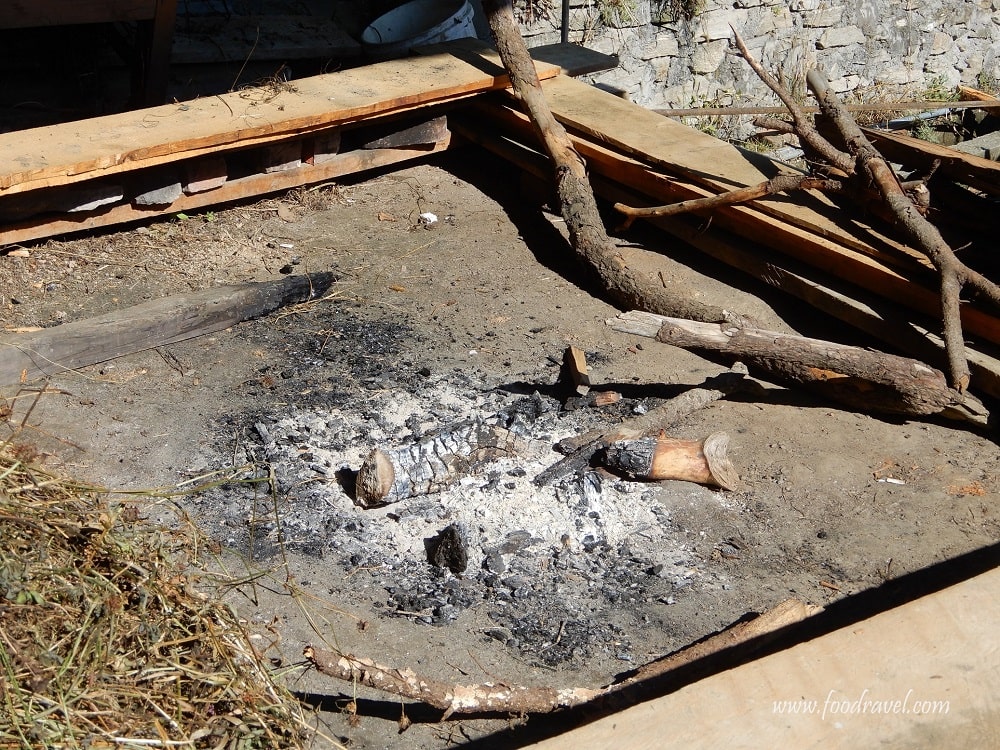 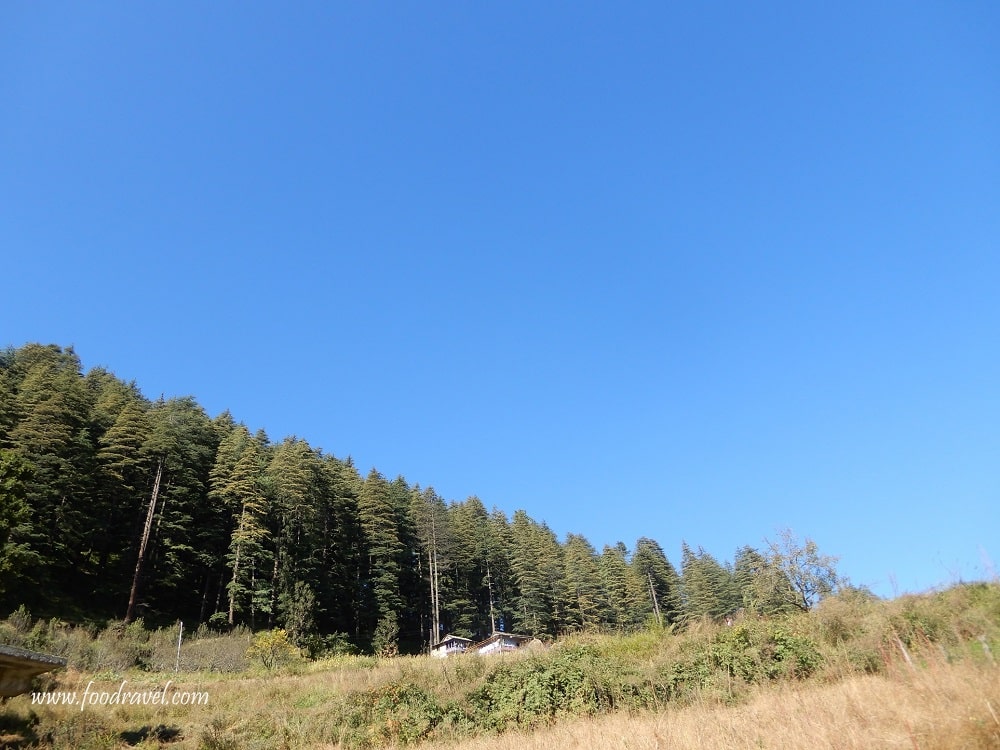 Meanwhile, I must have called the homestay four times for navigation since the homestay didn’t show up on Google map. Also, I asked people on the way as well. Finally, the homestay owner came down in his car and picked me up and that’s how I reached my destination for the day.

With not many options to stay in Shangarh, this homestay was cozy and had a nice interior of the wood. The window gave breath-taking views of snow-capped mountains, blue sky, and the valleys which made the room far more beautiful. The furniture was basic, one double bed with a quilt and blanket, one table, and two chairs. The washroom had a geyser for hot water since it was freezing cold. And that’s it. When went into the washroom, I could see the vapors on the water pipe due to the low temperature.

The views outside of the windows were breath-taking. I sat here for a while and wanted the time to stay so that I could just keep staring at the purity of nature, getting amazed at how beautiful the place is… 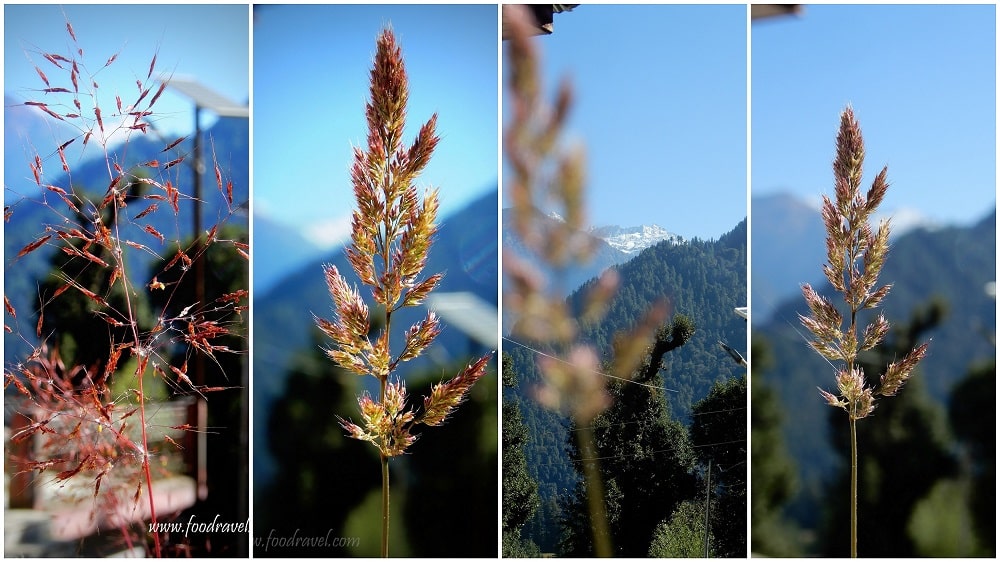 I took a shower and changed and got ready for trekking. Since I was only planned to stay in Shangarh for two days only, thus I was in no mood of wasting time. I came down to the same place where I saw the waterfall and stayed here for some time. The sound of water falling made me relaxed and rejuvenated; I was surrounded by cedar trees and had mountains in front of my eyes. 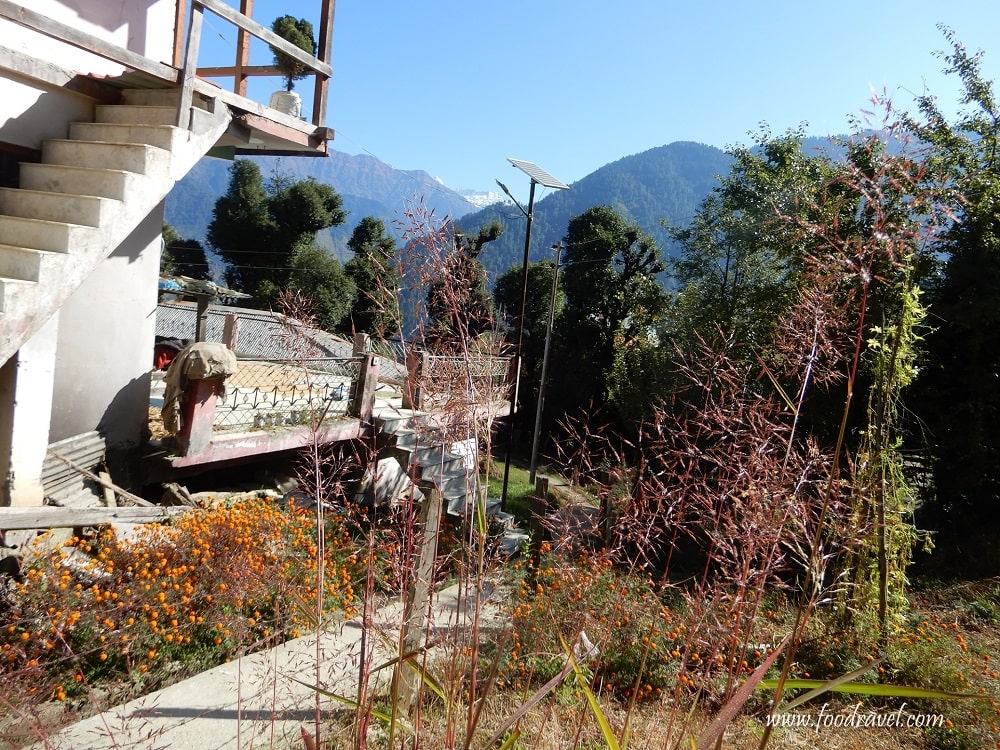 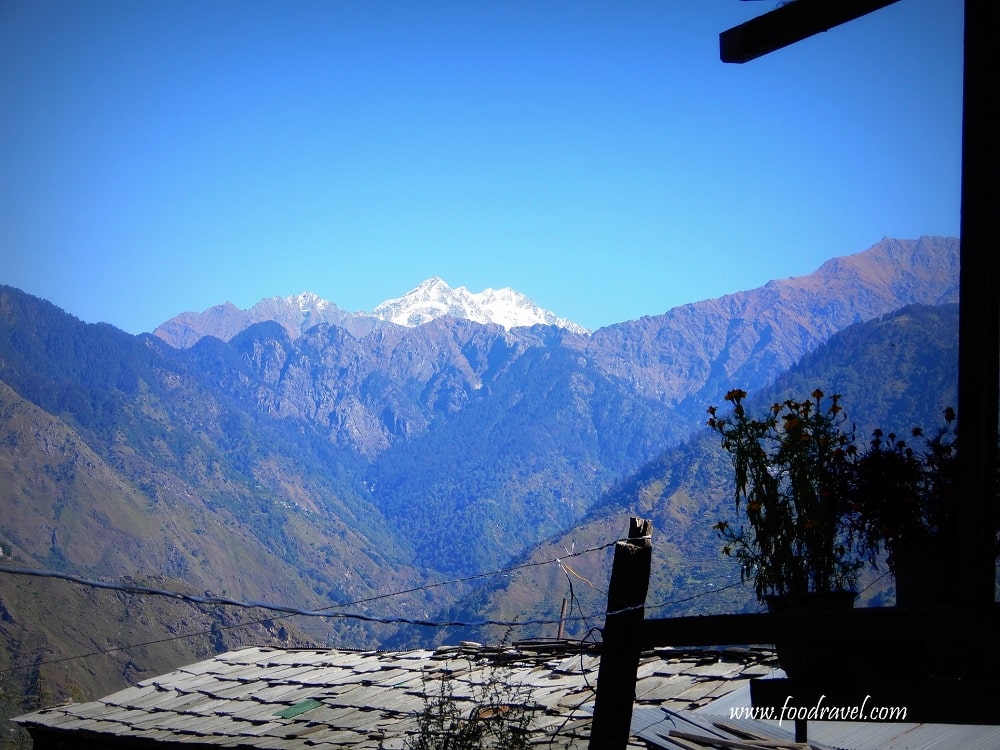 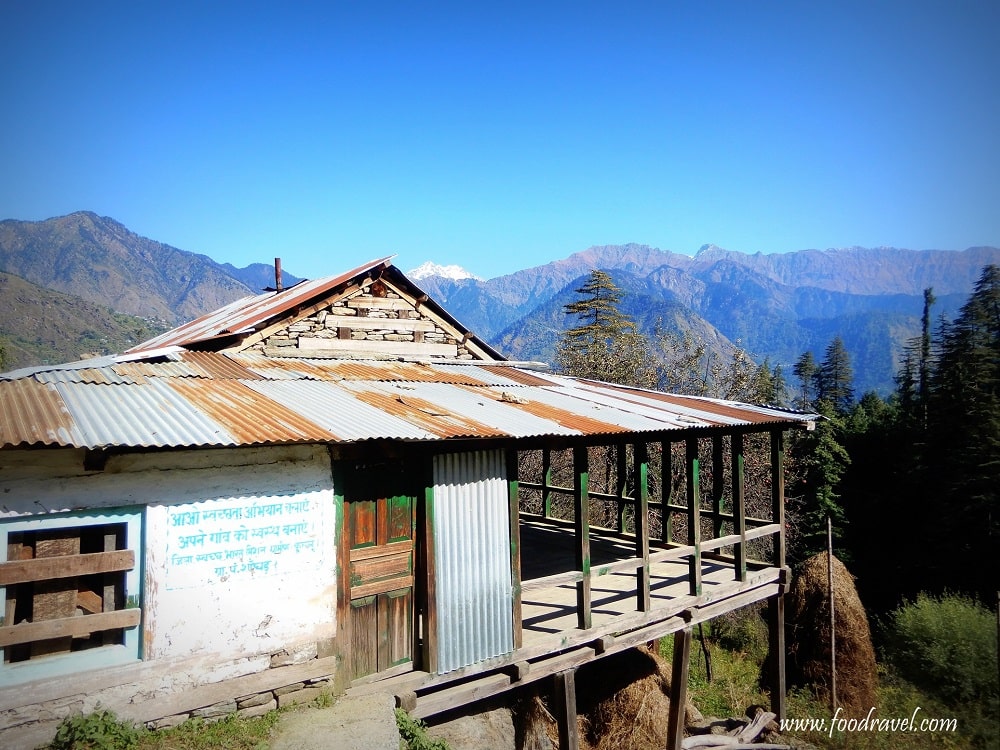 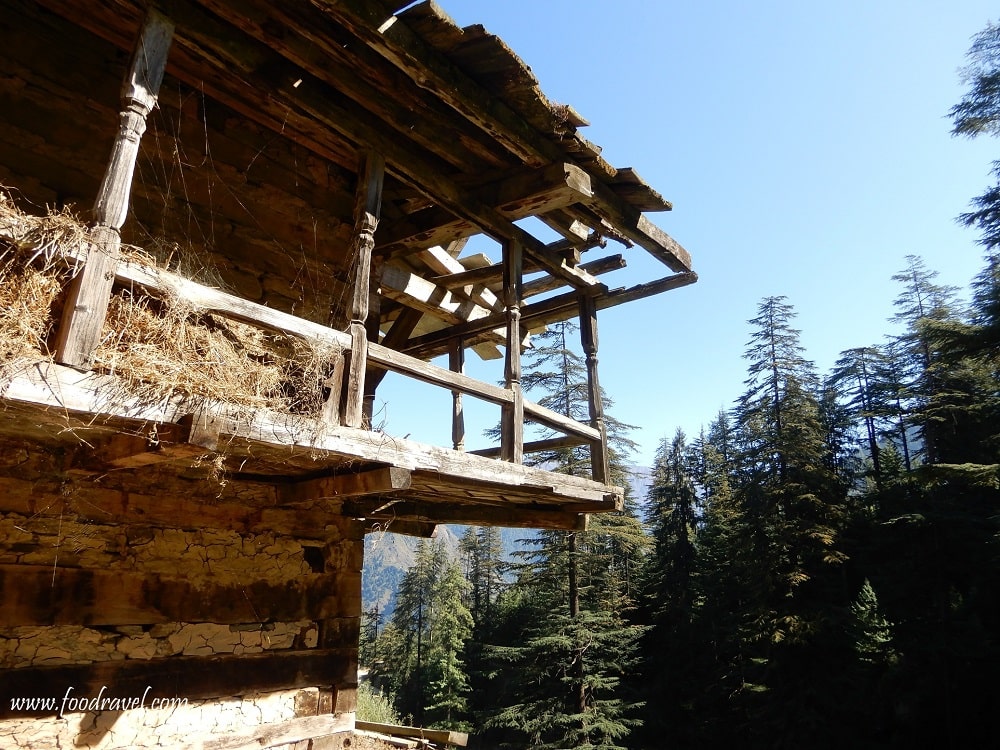 While I was on my way back to the homestay, returning from the trekking, I was lost on the way since the whole village looked like painted in black color. Either there was no electricity or the people didn’t light up the street lights though I wasn’t sure if they had street lights. Well, there were no streets, so obviously no street lights too. Lucky that my phone had flash and that’s how I navigated the path!

I visited Shangarh in August 2021 and spent 2 nights there.