First Day at Rishikesh – Getting Ready for Camping and Rafting

So, finally, we reached Rishikesh at around 5:30 AM. It was a long journey and we were literally tired of traveling by bus. We were about to start our first day at Rishikesh but we all wanted to take some rest, or better to say some sleep. We went to a shop on the bus stand to have some refreshments. We ordered Maggie. And we were offered three plates after some time. Maggie was enough for us to stand and move. We were kind of hungry too so this served good food. 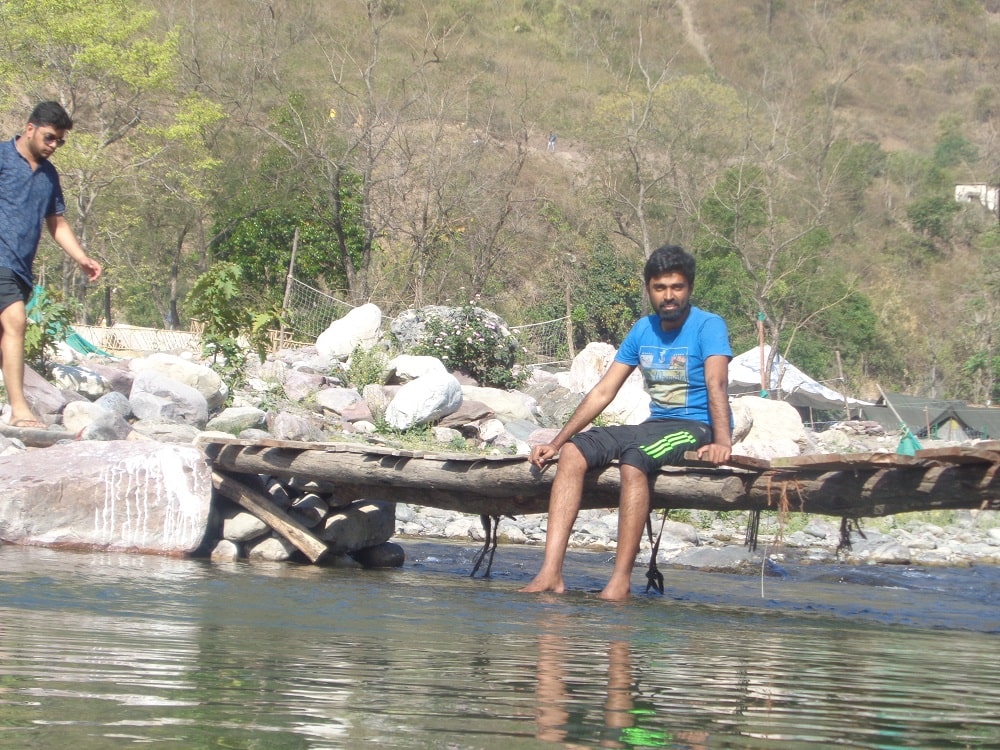 We came out of the shop. A man came and talked to Tanuj. He was an auto driver. There, the auto drivers have connections with the travel agents. Tanuj talked and asked for a fair deal for the four of us, which he at first spoke of some higher prices. Thus Tanuj had to deny. The man, later on, asked him to talk to the concerned person on phone to finalize the deal. Tanuj called and talked with the man on the other side and he finalized the deal. The man drove us to the place in his auto. We reached there at some time. We went inside the office and made things clear. Tanuj and Bhupender were all handling things inside there and I and Rohan were just following both of them. I was just excited to start my first day at Rishikesh. 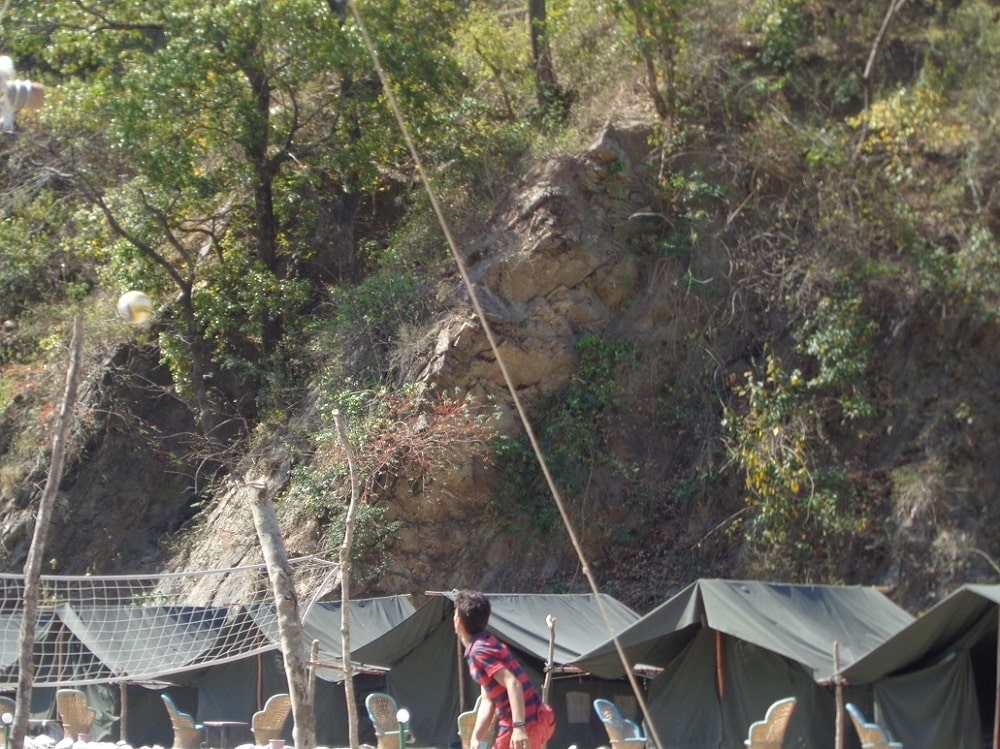 The guy asked us to rest in the rest house. Our per head charge was Rs. 1450 which included river rafting, camping, bonfire, three times meal and pick and drop. We took rest for around an hour in the restroom there. Rohan slept on the bus too and there too he slept. We washed our faces, brushed our teeth, and got refreshed for our first day at Rishikesh. After an hour we left to the campsite in a cab. The cab passed through the city streets. Then came the roads which I have only seen in the movies. One side hills one side valley and a road in between both of them. The whole scenario was mesmerizing enough. But I got trouble there. I had to vomit which ruined the whole excitement. I had a hard time there. The steep turns and irregularity of the road made me sick and I felt quite uncomfortable and nauseous. This spoiled my first day at Rishikesh. I was so concerned about the rest of the moments there. 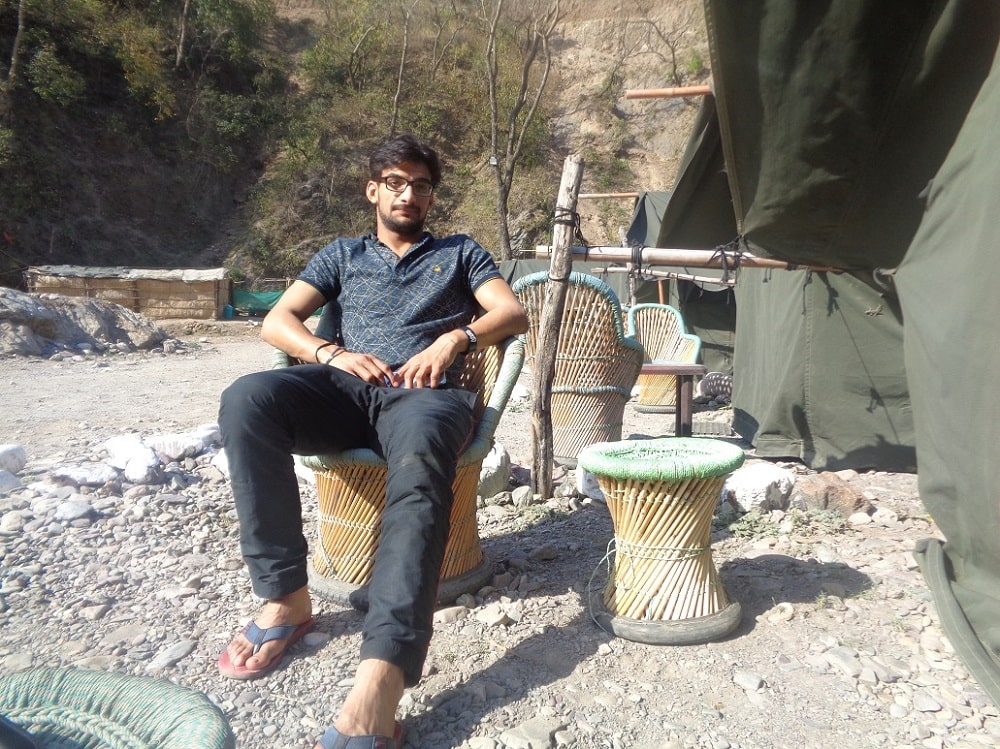 After a journey of around one hour from the guesthouse, we reached the campsite. The cab left us on the main road and we were asked to wait for someone who would come and take us to the campsite. I wasn’t feeling comfortable and bought lemonade from the nearby shop. After waiting for some time, a boy came and we followed him to the campsite. 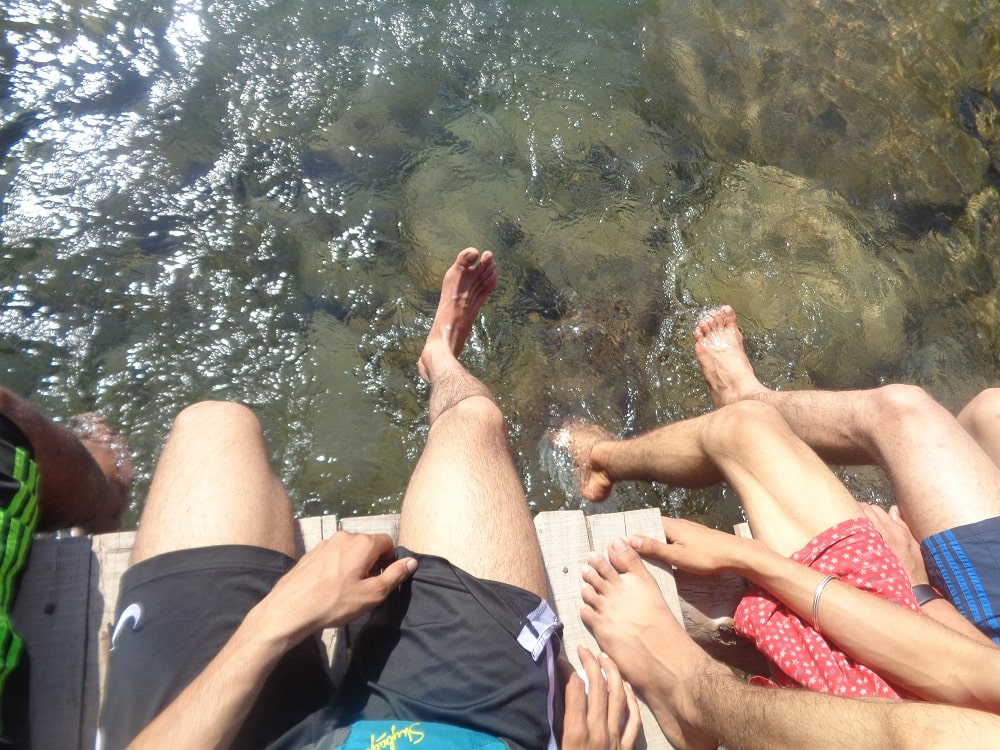 We walked behind him and came to a stony path from the road. The campsite was in the bottom of the hills surrounded by hills from everywhere and the river was flowing near to it. This was so beautiful. There were green colored tents in row. There were people playing volleyball, taking a bath in the open river. It was such a wonderful experience. I finally realized that I was going to enjoy my first day at Rishikesh to its fullest.