I found Kathmandu markets as similar as the ones we have in our areas especially in Delhi. The busy roads, narrow streets, roadside stalls, people walking down the road, bikes, cars, buses and it was all as busy and crowded as we see around. However, one thing that captured my attention was the contribution of women in local markets. I saw women in shops as equal as the men were doing their business. This was something which I saw for the first time. I am from Mahendergarh and very few shops are run by women in the market there. Roaming in Kathmandu markets was indeed a great though strange experience as well. 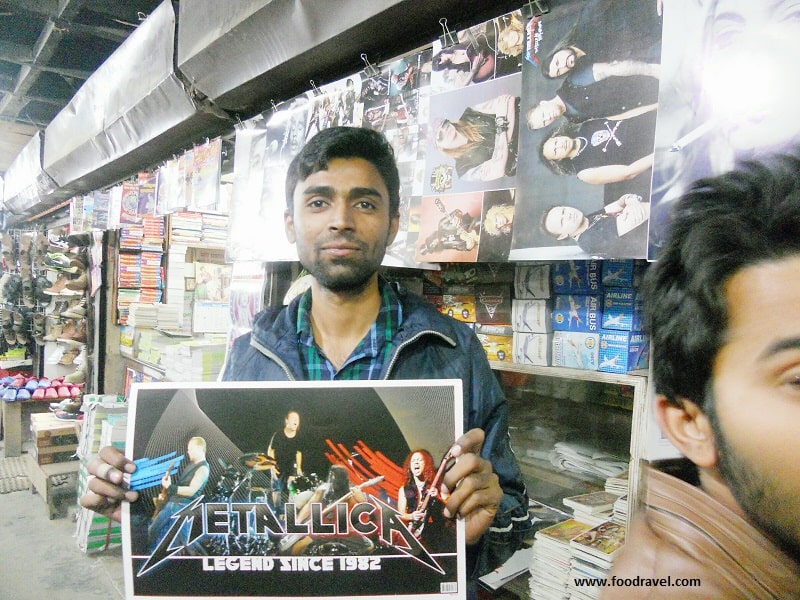 The Underground market and I bought a few posters 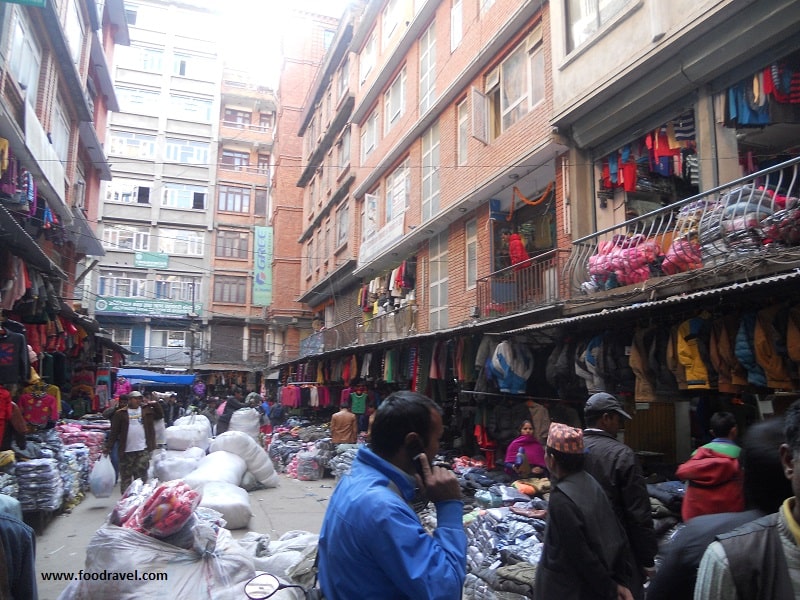 The Bulk Market, you will have to buy clothes in bulk, not just a single piece 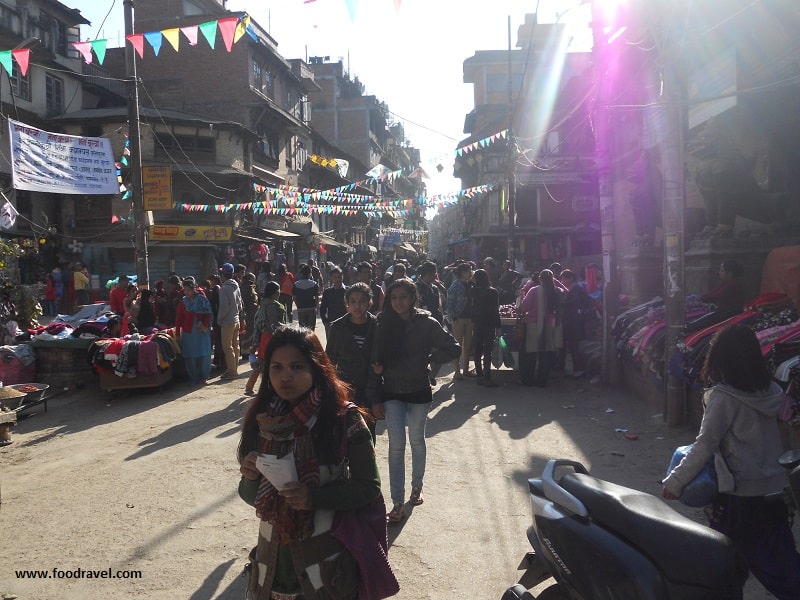 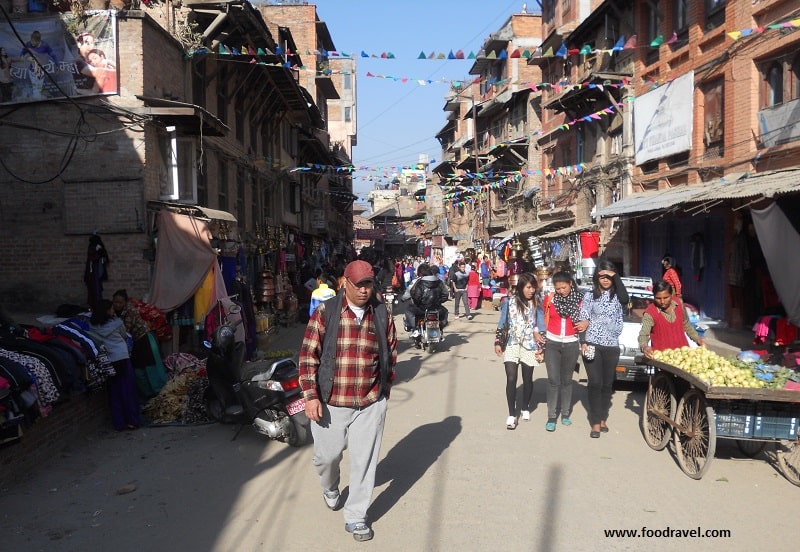 And We were Roaming in Kathmandu Markets…

However I am not that much sure how many places, markets or malls we visited as I told in my previous post, but I could remember few market places and malls that I and Dinesh visited during our Kathmandu visit. As we had no proper knowledge of the place and the city, we only hit the road blindly and ended up reaching some strange place every time. And then we would ask locals about the road and would follow that. Somehow, that experience was also a wonderful one. The best thing was that many of the people could understand our language. Otherwise, communication can be a big challenge in a different land if you don’t understand what they speak. We were roaming in Kathmandu markets and streets without informing people at the guest house, knowing that they might be looking for us, though we didn’t care for it. 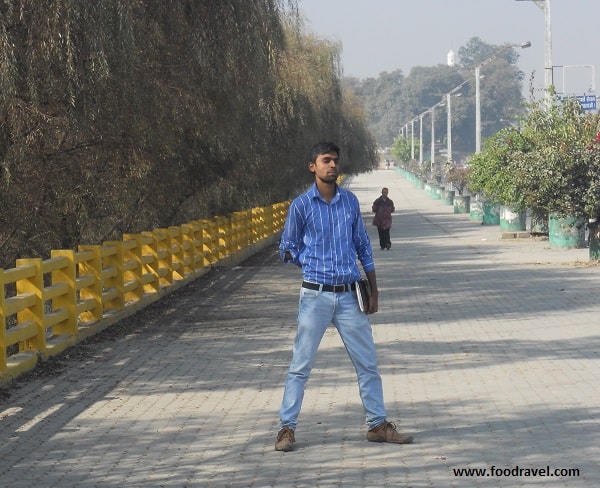 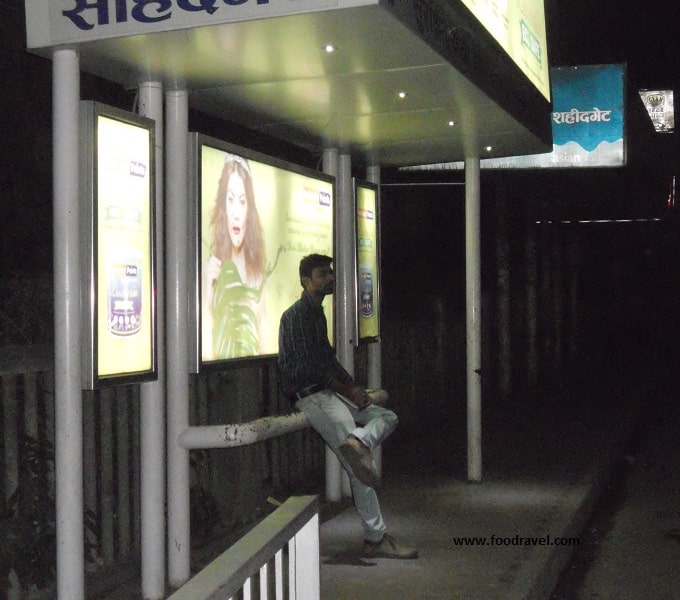 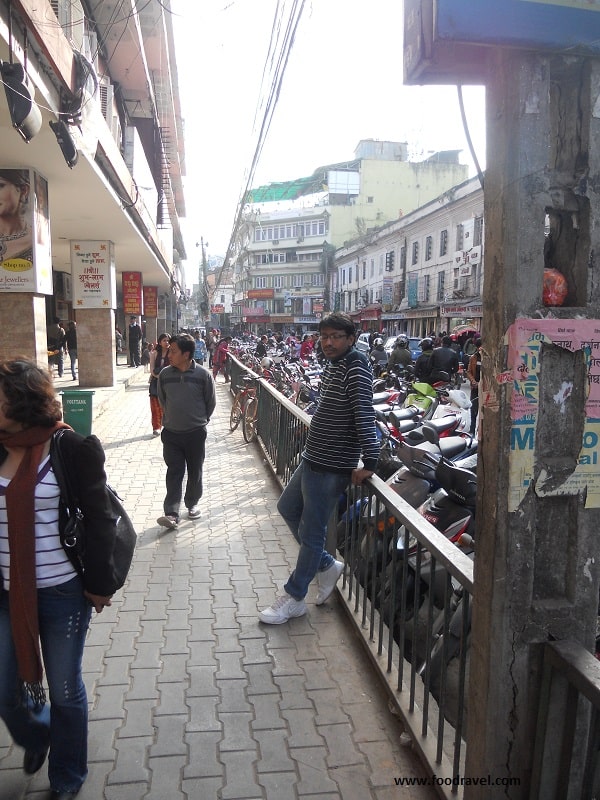 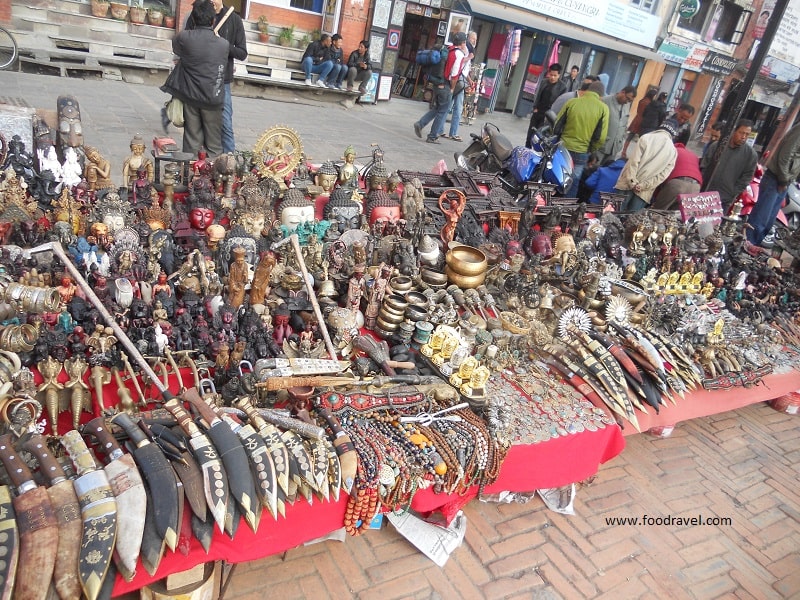 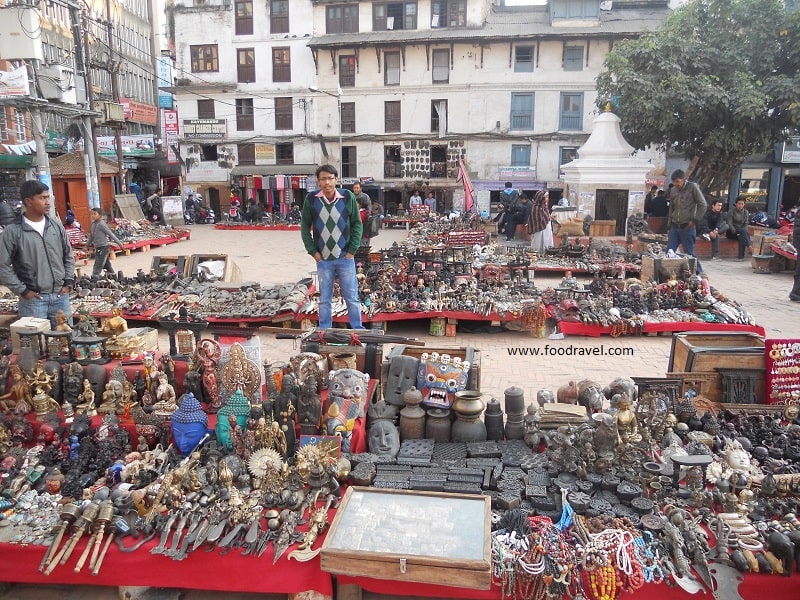 We were just two fun-loving, adventure freak souls, wandering the streets of Kathmandu, aimlessly, without knowing where to go, just we had to go and go, we had to find and explore which we had planned since the very first day we touched this beautiful land. As they say, the fun never ends. We too wanted to embrace every moment there. We had no Google map or any kind of GPS; otherwise, the visit could have been much easier. But it’s always fun to have some adventure, an unplanned journey. No doubt my Kathmandu visit was all an unplanned journey. And so was roaming in Kathmandu markets. 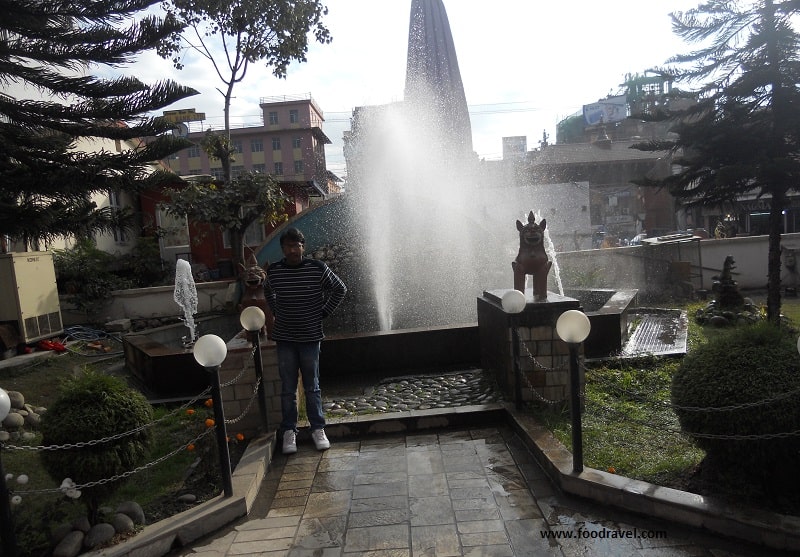 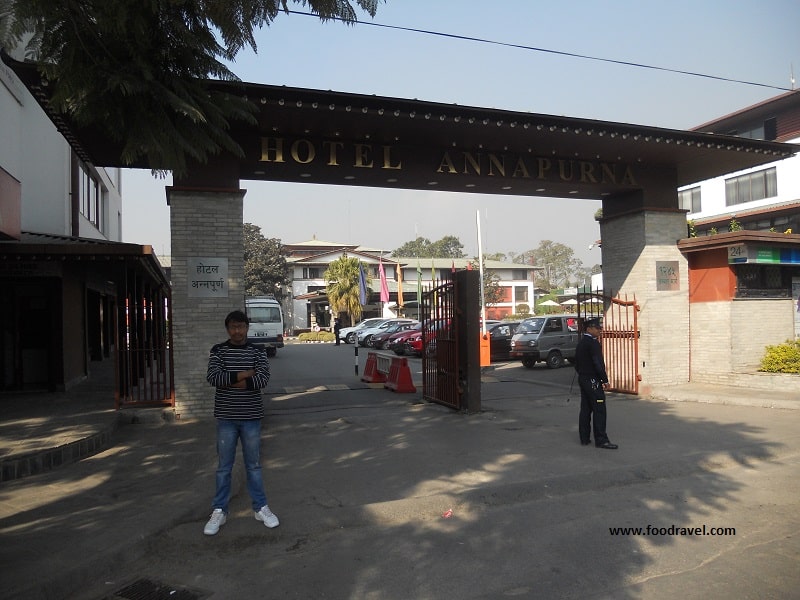 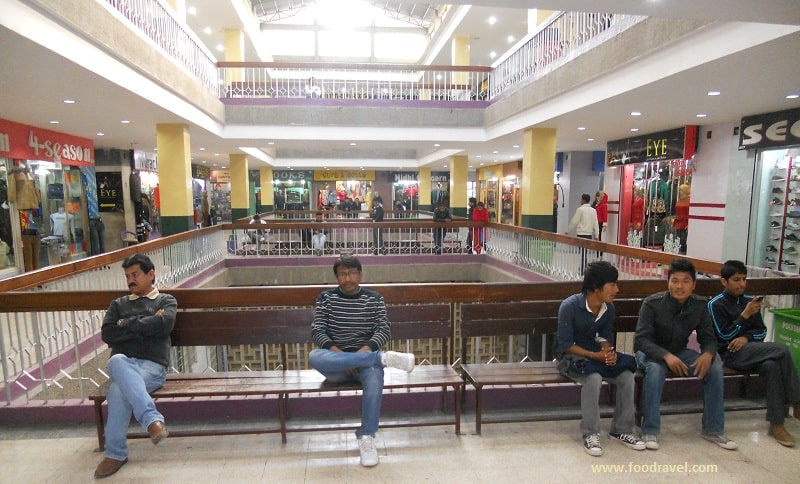 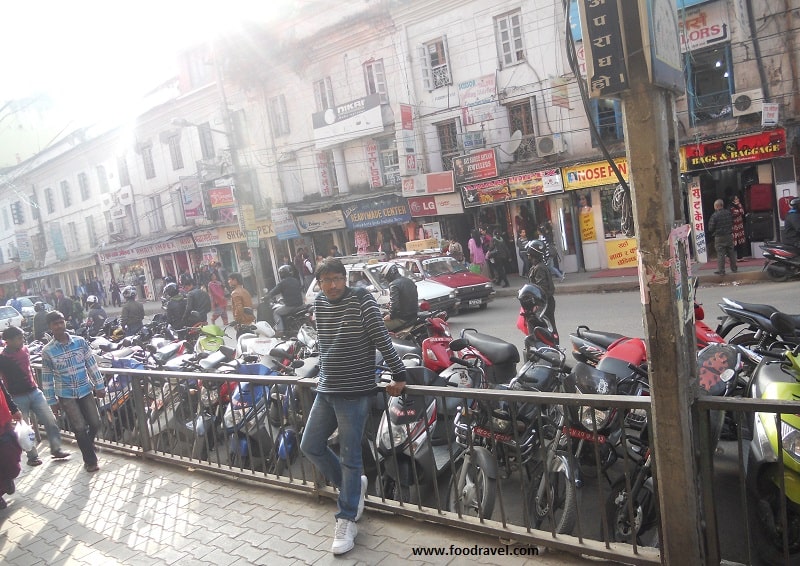 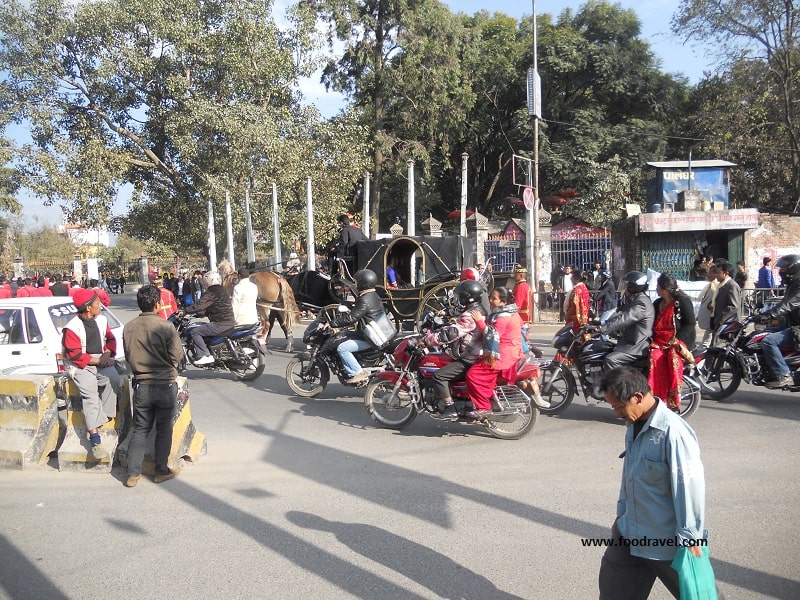 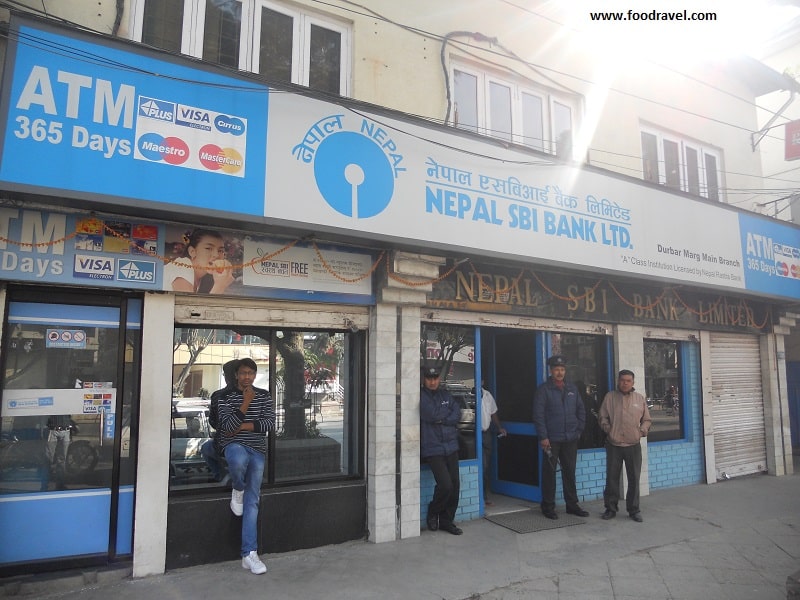 We both visited Bhat Bhateni shopping mall and Bishal shopping mall. Both were good enough however we couldn’t spend much time here. I guess the mall was close to Hyatt Regency and from there only I made call to home. We also needed money so we also visited SBI. Yes, they do have SBI and even PNB.  We both were roaming in Kathmandu market asked a man about the must-visit places around and he suggested that we should visit Bishal shopping mall. At first, I got confused if it was Vishal mega mart. But in reality, it wasn’t. 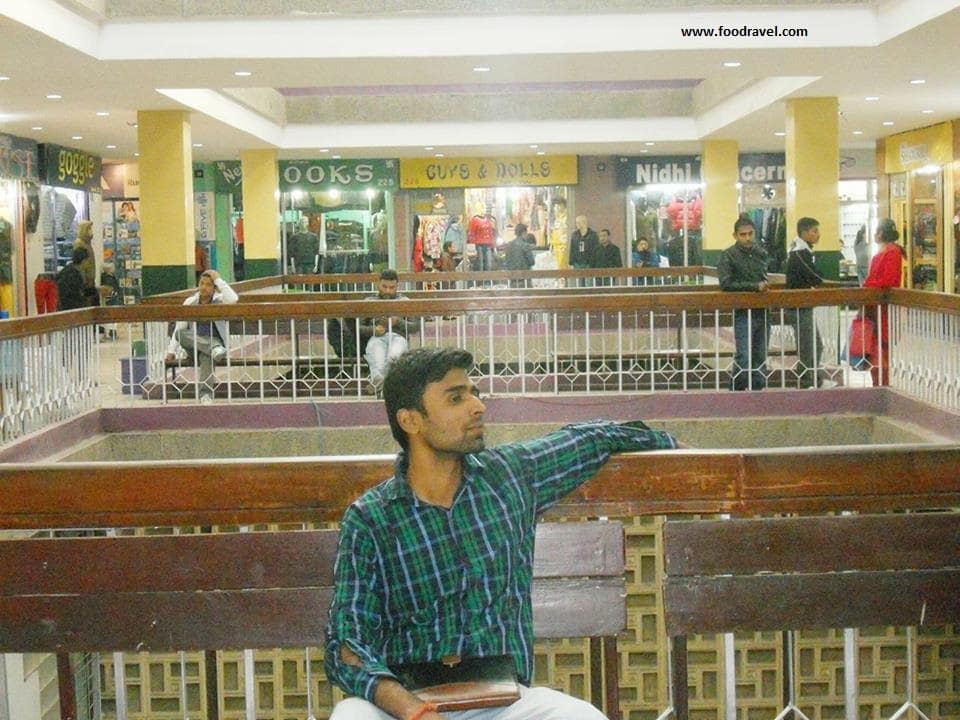 Though due to less money (as both had to manage the expenses of two more guys), we couldn’t do much shopping but we anyhow managed to buy things for our family. Shopping wasn’t an easy affair there, one the place was new to us, strange people, second less money. We made friends on the way. We met a guy Arjun who wanted to study journalism in JNU, as far as I remember. And we had few snaps. Dinesh had a point and shoot camera that was the only thing that helped us a lot, treasuring the memories which are still alive in hearts. We kept on roaming in Kathmandu markets for whole the day. We had our meals out; we managed to keep things within pockets. I swear the trip to Kathmandu even turned a ‘nomad’ ‘vagabond’ type were we once lying on the ground, resting on the smooth grass of ground. We could see Kathmandu Mall from there. The ground looked like some military camp as there were army camps.