We had to stay without social media in Kathmandu

While staying in Kathmandu, we had to compromise with so many things. Food, liberty, money and so many other things as well. And yes, how can I forget Facebook. You are in a place out of your country and you haven’t even updated your status and location on Facebook, very strange. So was with me. But there I had no phone. Actually I carried my phone with me there, but there was no network. Moreover, I had a BSNL number. It is famous for its useless busy network. I tell you people say even if you hold two phones, one is BSNL in your hands and dial the BSNL, it will respond that all the channels are busy. Such is the condition and when you are out of your country, don’t expect it to give signals. And without phone how could I update my status where everyone could see that I was in Kathmandu. So the next morning, when I got up saw Young Jin accessing Facebook through his Apple iPad. He told me that the guest house has Wi-Fi connection. I requested him to access my account and he happily handed over me his expensive gadget. And for long, we had to stay without social media in Kathmandu 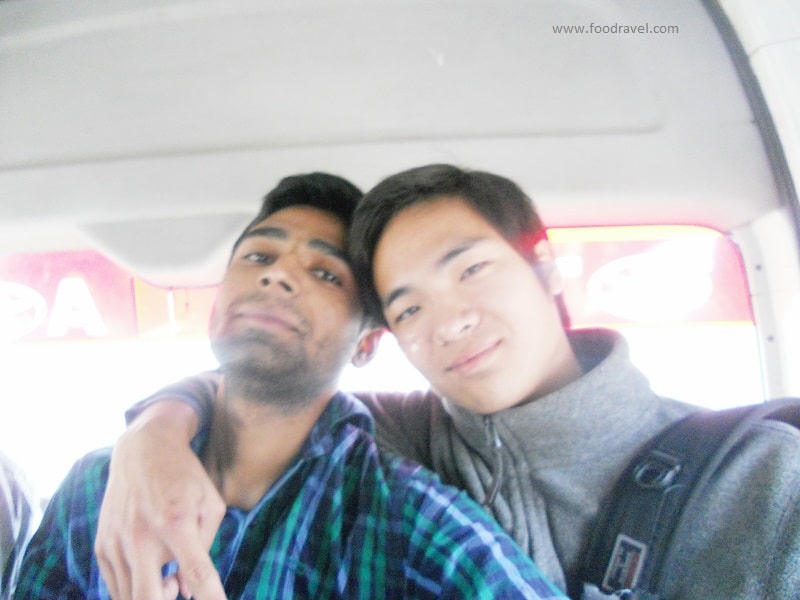 We managed our days without social media in Kathmandu

Posting your status on FB that you are in a different country and that too with world’s one of the top branded gadget was really a moment of proud for me. And when I posted my status, people showed their curiosity. I had a friend on FB from Kathmandu. So I messaged her that I was in Kathmandu and we could meet. She replied and we decided to meet. Though I had no phone, so we decide each and everything like full – proof. Neither had I seen her in real nor had she seen me. But it was really amazing for me to meet a friend who lived in another country and we only talked through FB. We were friends and FB for long and we were like good friends. So, on November 26, 2013, I told her on FB that I was in Kathmandu. She gave me her number and asked me to call her from the address she told me to come. And the next day I and Dinesh escaped from the guest house without even telling anyone. This act was full of stupidity but we didn’t bother much as the next day was the last and everyone would go back so we wanted to enjoy as much as we could. I too didn’t want to miss that opportunity. Moreover, we had to visit Patan Dhoka as well where we would meet Swechchha and her friend as they invited us to visit their cultural event at Patan Dhoka camp. So we planned that in the day’s half we would spend with my FB friend and the second half i.e. evening, we will spend with Swechchha and her friend and would attend the function. The very first day when I reached there, I found that we had to stay without social media in Kathmandu. There was no way I could stay online like I used to be in India. 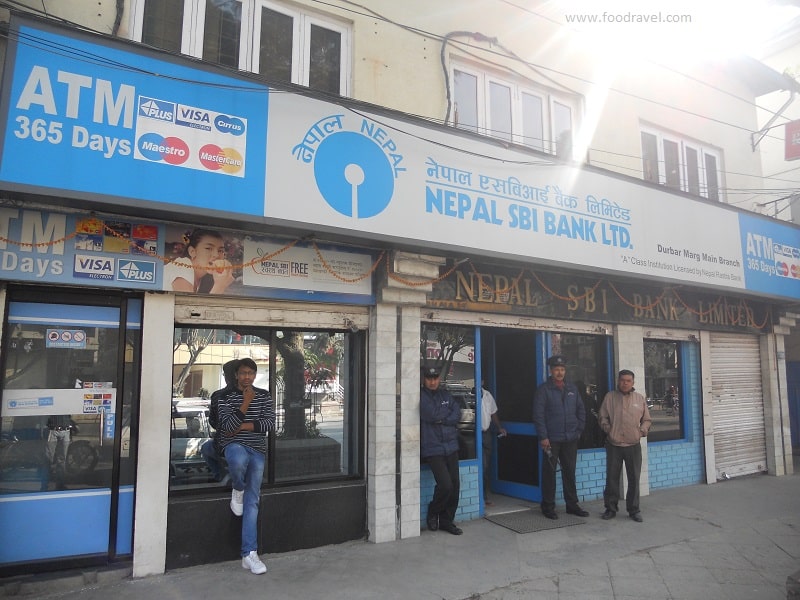 So, we both daredevils stepped out of the guest house, hiding from everyone’s eyes and came out. First of all, we were to go to Chakrapath, Bhat – Bhateni. I reached as she mentioned and from here I called her from an STD. Dialing from pubic booth made me remind of my childhood days, in the time of smartphones.  She received and spoke in her Nepali accent which I hardly could understand. This turned out to be miscommunication and I couldn’t understand the whole message. We were to reach before 12 at the address. But unfortunately, I reached to a different address and I kept on waiting there. I reached Bhat Bhateni shopping mall, while she gave me a different from that. I kept on waiting there and she kept on waiting where she was. I didn’t have any phone so couldn’t even call her. I searched for any PCO and called her. She didn’t reply. It all wasted our mood. I was a bit angry and he was also. I called her several times but no reply. We took the bus back to come back from here. From that place, we reached Mitrapur, a very famous place for Pashupatinath Mandir. From there, I again phoned her. This time she picked up and this time she replied. She told me that she kept on waiting for the place she told. So, I realized that I reached on the wrong address with the same name. Finally, she agreed to come and see for some time. After waiting for some time, she came and finally found her.  But there was no place to sit and no restaurant. I asked her to go back to the shopping mall which she didn’t agree with as she had to go back to her home. I just wished her goodbye. It was a very bad meeting. Staying away from social media in Kathmandu was like staying away from the world. We weren’t able to share pictures on Facebook so that people could know that we were hanging out in Kathmandu. But yes, staying without social media in Kathmandu taught us that excess is always bad and we should learn how to overcome it. 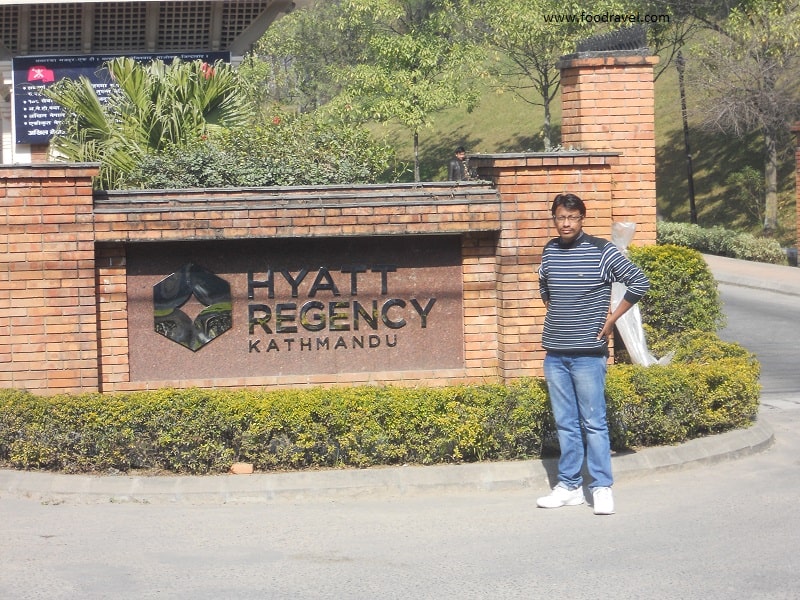 After meeting her, we had to go Patan Dhoka camp to attend the film event of Swechchha and her friend. So we boarded into a bus. We spoke to many fellow passengers on the way and kept on tracking our ways as we didn’t want to go on the wrong address again, already we had wasted our time.  The bus dropped us near Patan Dhoka square. From there, we were to walk to the place we had to reach.  We asked many people on the way, young, old, kids, girls, aunties, chemists, and whenever we found that we were missing our track, we asked whoever I saw on the way. We passed through streets, corners, markets, shops. After a journey of around two to four kilometers, we saw the place we had to reach. Patan Dhoka camp was just adjacent to a post office. We entered the premises and confirmed it again with the gatekeeper. We went inside and saw their many young and old, of all ages, they were reciting poetries. I saw Swechchha and her other friend. So we found that it was an event for women empowerment. They gathered there to discuss issues related to the sexual harassment, domestic violence, trafficking, and many other such social issues. After some time, we were asked to sit inside an auditorium. It was all dark there. There were many already sitting. After, they announced that they would show some short documentaries on the life stories of many women who became the victim of any kind of violence. It was around an hour’s session. After the session, we were asked to share our views on the movies and what we learned. I went at first ahead at the stage and spoke for some time. They recorded my video for use in the future as a guest reference as I told that I was from India. 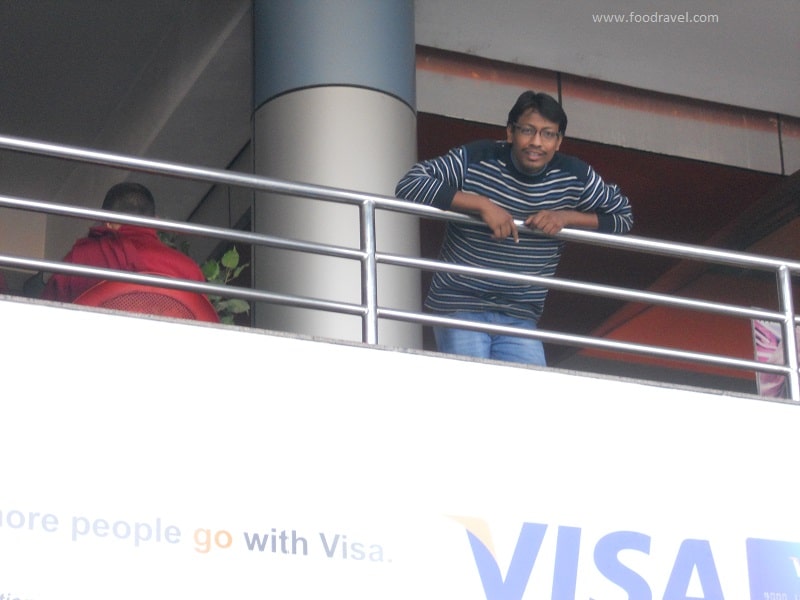 The event was pretty wonderful. After the movie session, we came out and saw a huge wallpaper where “End Violence against Women” was written in big colorful letters. We were to leave our palm impression on the wallpaper with paint. I put my palm impression with green color. A notice board was placed there, where many people shared their written stories of any sort of harassment in their lives. By the time, it had clocked 6 in the evening and we had to go back. I talked with Bev Hoffman, the founder of this event who runs an NGO, Human Rights Film Focus; he told me that his own grand daughter was a victim of the same. So he started this initiative.

After wishing them goodbye, we paced hastily towards our destination. We hadn’t eaten much. So, first of all, we wanted to eat. Near to the camp, there was a canteen where we put off the fire of hunger. From there, we had to go back. But we also wanted to stay there for a longer time. Every time, we had to remember that we were in a place miles away from our own country. We asked the way. We preferred to walk on foot no matter how far was it. This was really some sort of adventure for us. When we asked someone about the place, we were told that the place was Lalitpur. Lalitpur is a suburb district of Kathmandu and from there Thapathali was miles away. But we didn’t both about the miles. All we were enjoying our ways of insanity.

It started to get dark and we were still on our half distance to Thapathali. We were not concerned about the distance; we were concerned of the dark, as we were supposed to get back to the guest house before the peak dark. We had no ID cards; police could hold us on the way. People at the guest house might be worries about us as we didn’t tell them anything.  For around two hours we kept on walking. Finally, we reached Kathmandu, the main which we could relate to the area we have explored in the last few days of our expedition. We crossed many bridges, many roads, and circles. Finally, we reached Tripureshwor and saw the United World Trade Centre one of the largest shopping complexes in the capital. Now from there, we had to go to our final destination. From there first, we reached Tundikhel, a large grass-covered ground. There the famous Indian singer Mohit Chauhan had his concert the next morning, so the band was preparing for the live show. We stayed there for some time and watched their practice from a distance as no one was allowed to enter the ground.

From there, we headed to our place. And finally, we reached there. When we entered our guesthouse we saw that everyone was awake and the boy team was standing around a big barbecue grill and they were grilling pork. They didn’t ask us anything. I went to sleep and Dinesh stayed with them. I fell asleep as I was tired. After some time, I got up and found that no one was in the room. I stepped down and found that Abdi had some arguments with other people there and he was bent on leaving the guest house. He said that he won’t stay in the house anymore and would go out no matter if he had to stay on-road or anywhere. I didn’t know what the issue with him and others, including both the Korean boys and one Nepali. I tried to convince him any times, but he didn’t come around. Finally, I was able to make him relax and told him that we would leave the guest house tomorrow morning. But we were not aware of where would we stay. We just took a random decisions. The pastor there was shouting at Abdi. He must have done something wrong or whatever it was. We slept finally.