Red sandstone has been a chief construction material used in medieval monuments, especially in the Mughal Architecture. Be it Jaipur, Delhi, or Agra, most of the monuments are constructed with red sandstone and that’s why the prominent color is red. While I was on my one-day solo journey to Agra, I headed to Red Fort Agra after visiting Taj Mahal. It was raining cats and dogs that day and my preparation of combat was zero. 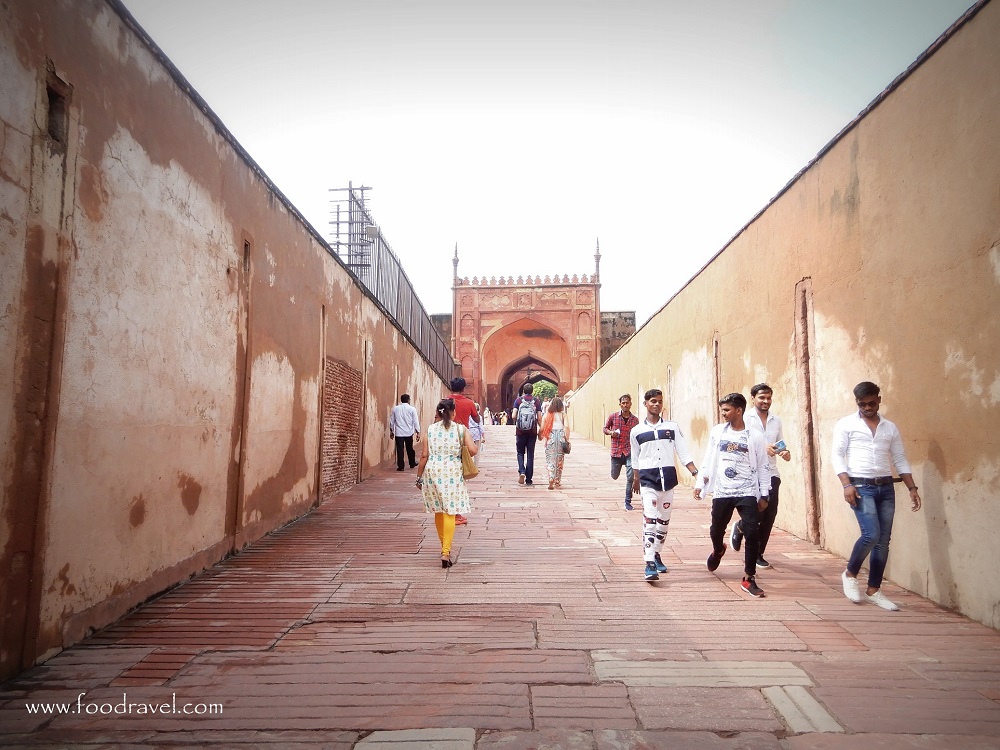 Passing through the streets and market of Agra, I reached Taj Mahal and had to stand in a long queue for a long time. Fortunately, it had stopped raining by then and I got little relief. I must have spent a couple of hours shooting and exploring this majestic piece of marble architecture and I came out.

Read Here – How to click yourself when traveling solo?

Since I didn’t chalk out any planning for the day, I only came to this fort randomly. There are lots of things which you can do in a day in Agra. Though I reached Agra very late (around 11 AM) since it was raining heavily, thus I was in no mood to waste time on anything. It was a weekend trip.  If you are a regular reader of my blog, then by now you must have known that most of my journeys are unplanned. 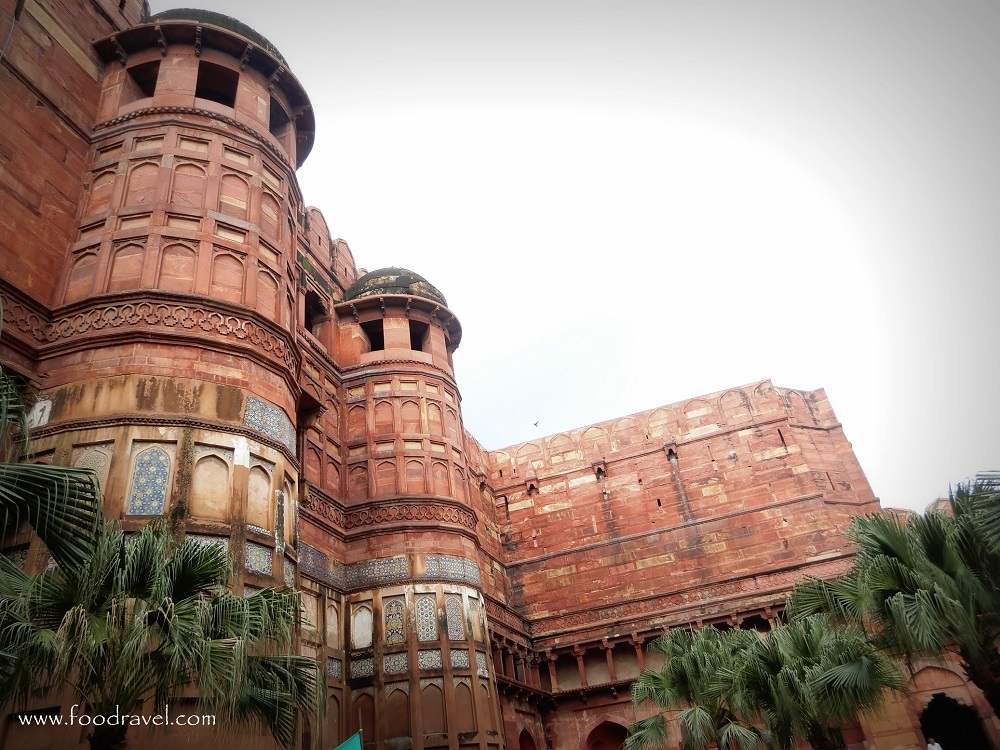 Red Fort Agra is also known as Agra Fort. The place is the second most visited place in Agra after Taj Mahal. Located just 2KM away from Taj Mahal, you can easily reach here in 10 minutes. Take an e-rickshaw from the parking area of Taj and in just 10 INR, you will reach this wonderful fort which is easily visible from the road. Here are some interesting facts about Red Fort Agra which you should know before visiting there. 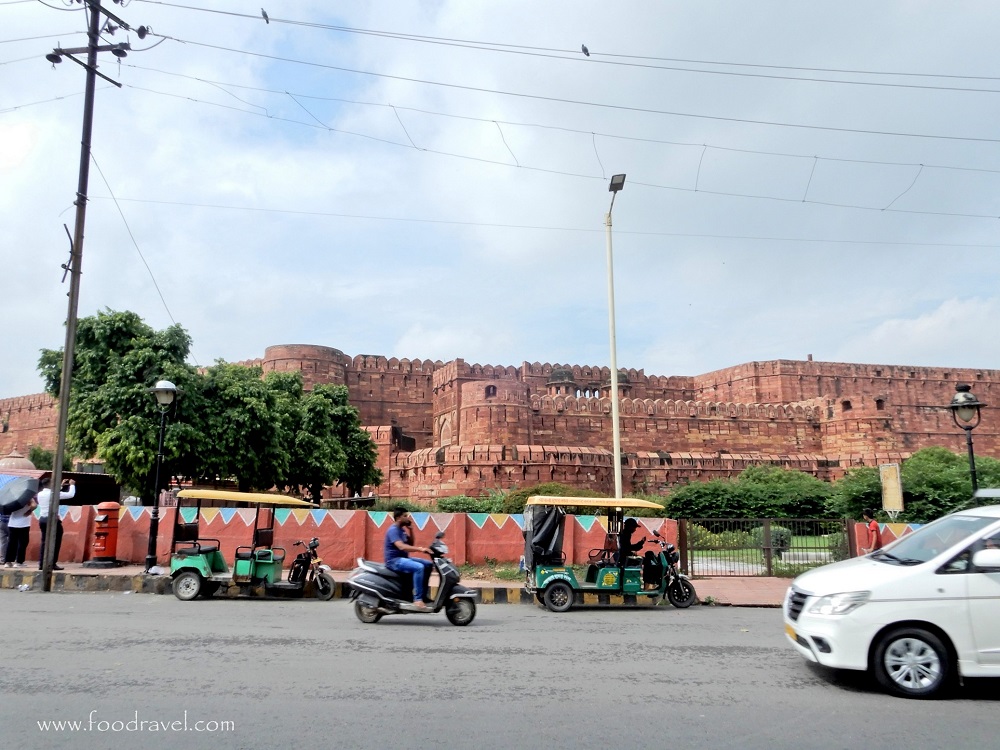 Things You Should Know Before Visiting Agra Fort

It is said that around 4000 workers worked day and night and completed this majestic Agra Fort in 8 years during the period of Akbar. The fort houses several iconic structures including Diwan-i-Am, Diwan-i-Khas, Khas Mahal, Moti Masjid, Jahangir Mahal, Machchhi Bhawan, etc. It was the main residence of the Mughal Emperors. In 1638, the capital of Mughals was transferred to Delhi from Agra. And the whole attention was put to Delhi, leaving Agra. 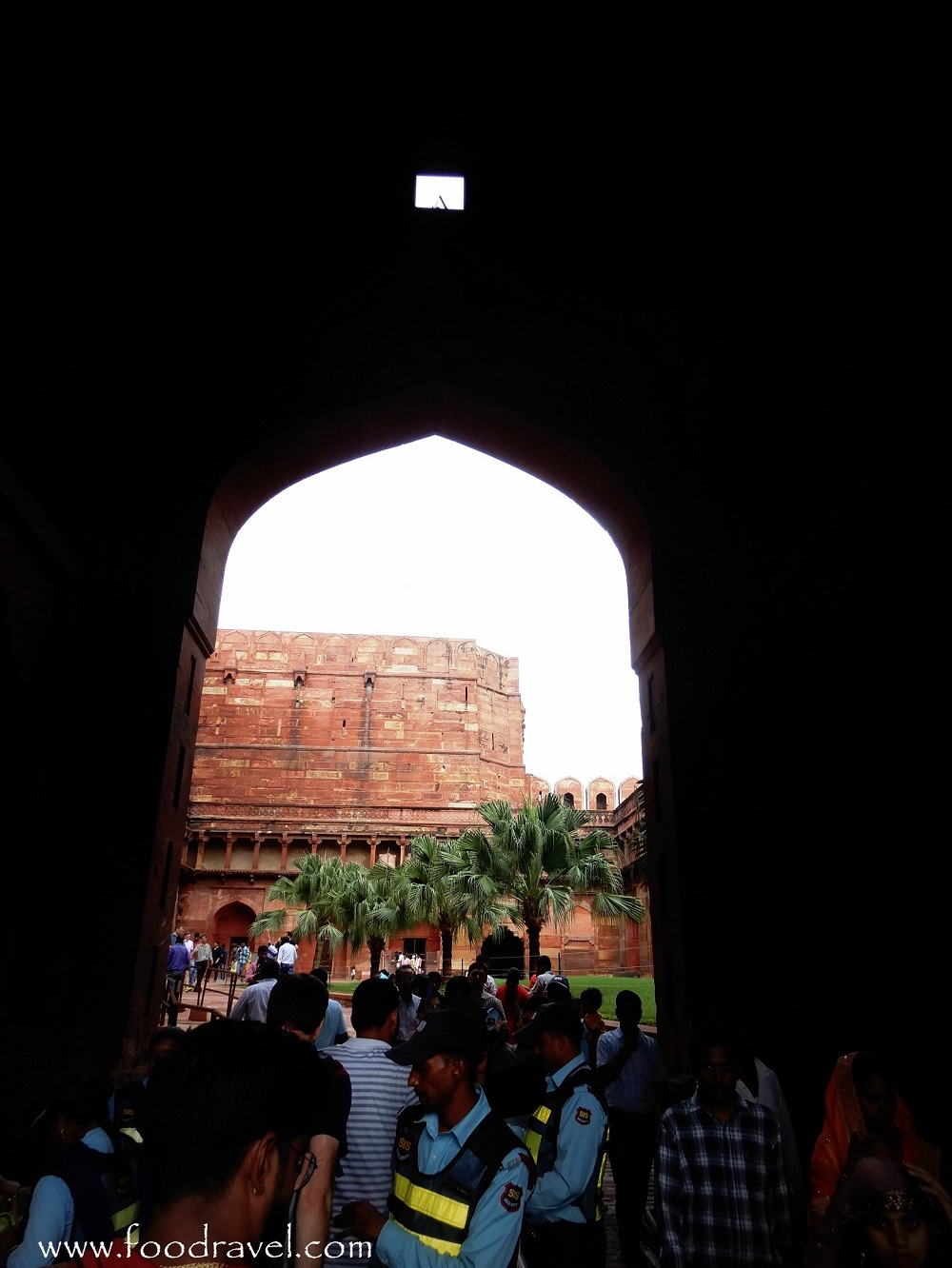 Agra Fort has seen several rulers and has gone several modifications. The fort has been occupied by Marathas before the British people. The fort is a walled city and was known as Badalgarh. Chauhan Rajputs captured it in the 15th century and it remained under the rule of Ghazvani for a short time period. When Sikandar Lodi made Agra his capital from Delhi, he commissioned the construction of few buildings which later became part of the fort. When Babur won the first battle of Panipat in 1526, the fort became the ruling place. He had built a step-well Baoli there. 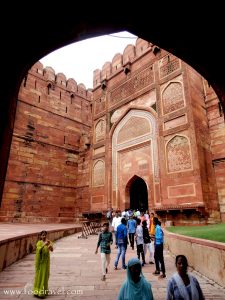 After the death of Babur in 1630, Humayun got crowned in the fort. What you see today was all done during the time of Akbar. Sher Shah Suri defeated Humayun at Baligram in the battle of Chausa in 1540. Suri Kings remained in the fort till 1555 and it was again captured by Humayun. Hemchandra Vikramaditya, known as Hemu captured this fort in 1556. He was the chief minister of Adil Shah Suri.

This fort had a central location which was very important. In 1558, Akbar came here. As per the writings of Abul Fazl who was Akbar’s historian, “the fort was in ruined form and was known as Badalgarh. Abkar reconstructed the fort to its present form.” The red sandstone used in the constructed was brought from Barauli, Dhaulpur (Rajasthan). It is said that Shah Jahan destroyed few buildings of the forts since he wanted to build his own. Akbar’s grandson, Shah Jahan wanted to construct buildings with white marble, Taj Mahal being an example. He was imprisoned by Aurangzeb at Muasamman Burj which is a tower structure in the fort and balcony made up of marble.

The fort was also ruled over by Bharatpur’s Jat rulers for around 13 years. Ratan Singh ki Haveli is built by them. During the 18th century, Maratha captured the fort. Maratha lost the fort to the British in the Second Anglo-Maratha War fought in 1803. The fort also played a role in the 1857’s rebellion and served as a battle site.

It took me around two hours to roam and explore the fort. When you are traveling alone, you can roam freely and do things you don’t feel like doing with your friends. I had a wonderful time and pretty much enjoyed it. The fort is massive and the sun was at the top. But there was cold water and loo facility inside the fort premises which was a great help. This iconic fort needs at least two hours to explore. I didn’t hire any guide and only used Google for any sort of information. My camera and phone both ran out of battery and I failed to document my journey that much.

After exploring the fort, I took a cycle-rickshaw and went to a restaurant to curb my hunger since I hadn’t had anything since morning. From there, I booked an Ola and reached the railway station.