Delhi is not just about monuments and malls. But there is a lot more which one can explore in the city of New Delhi. Without going into the history of this city, let me tell you Delhi has been a choice for everyone from different backgrounds. It has been a choice of emperors since it has been ruled by many dynasties. This city has been a choice of architecture since it has some of the most mind-blowing modern architectural buildings. The city is a destination for those who love shopping, hangout, and late-night parties. Delhi has some of the most iconic places which are world-famous.  More recently, the city has become a place for artists from all over. I am talking about the Lodhi Colony of New Delhi. If you are a local, you must have heard a lot about Lodhi Colony New Delhi. Even if you are not a local and you are someone who loves graffiti, street painting, wall art, etc. I am sure you must have come across the name of Lodhi Colony. 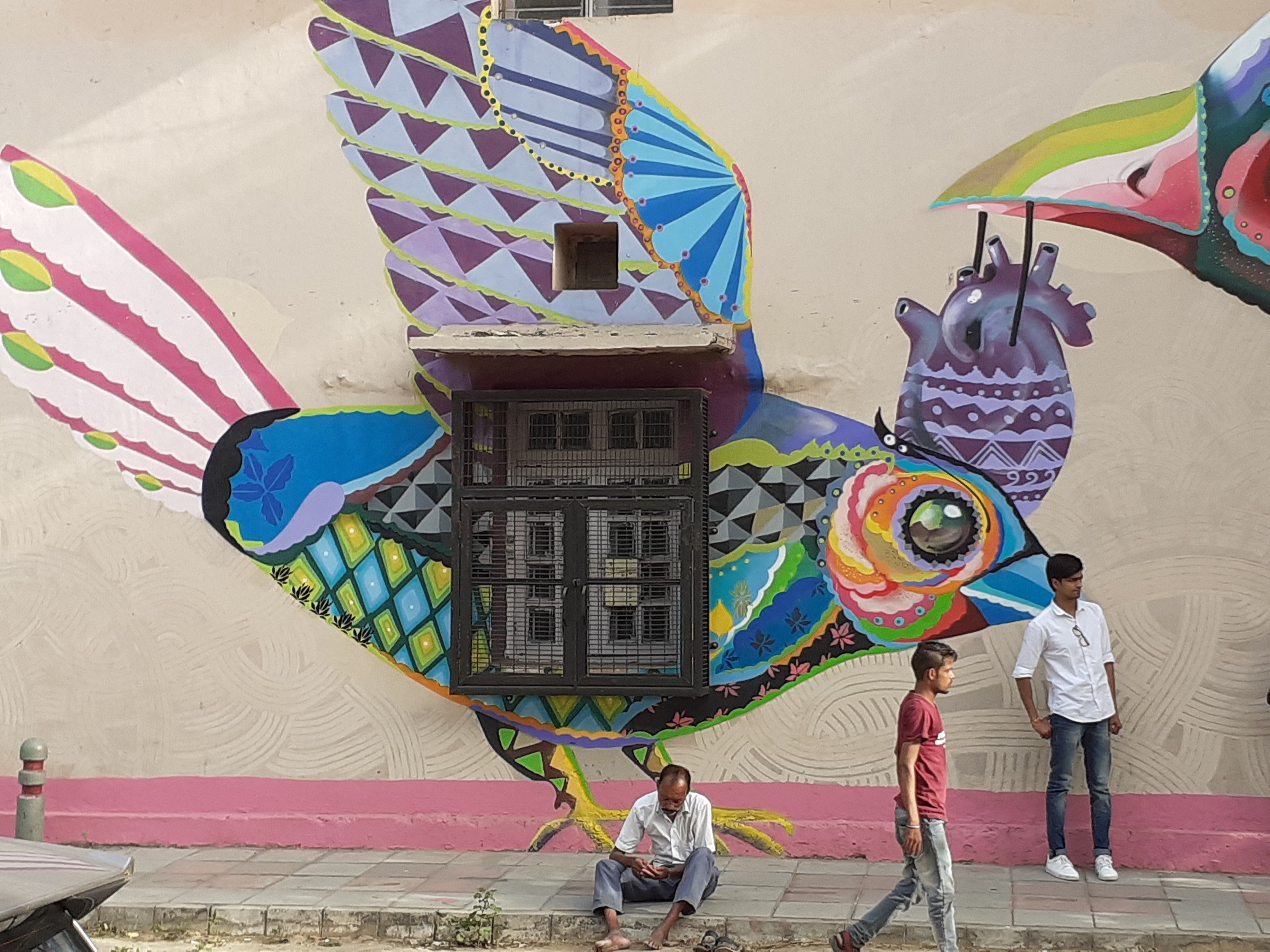 The walls of this colony have been transformed into giant canvases by artists. Many artists from different places have used the walls as their canvas and painted their beautiful imaginations on these walls. Now this colony has not only become an ultimate destination for artists but it attracts people who come here to witness the colours of imagination, to get clicked in front of these mind-blowing graffiti and wall paintings. This place is among the most instagrammable places in Delhi.  So, without wasting any more time, let’s get lost in the vibrant streets of Lodhi Colony New Delhi. Since it is a colony, so there is no entry fee. 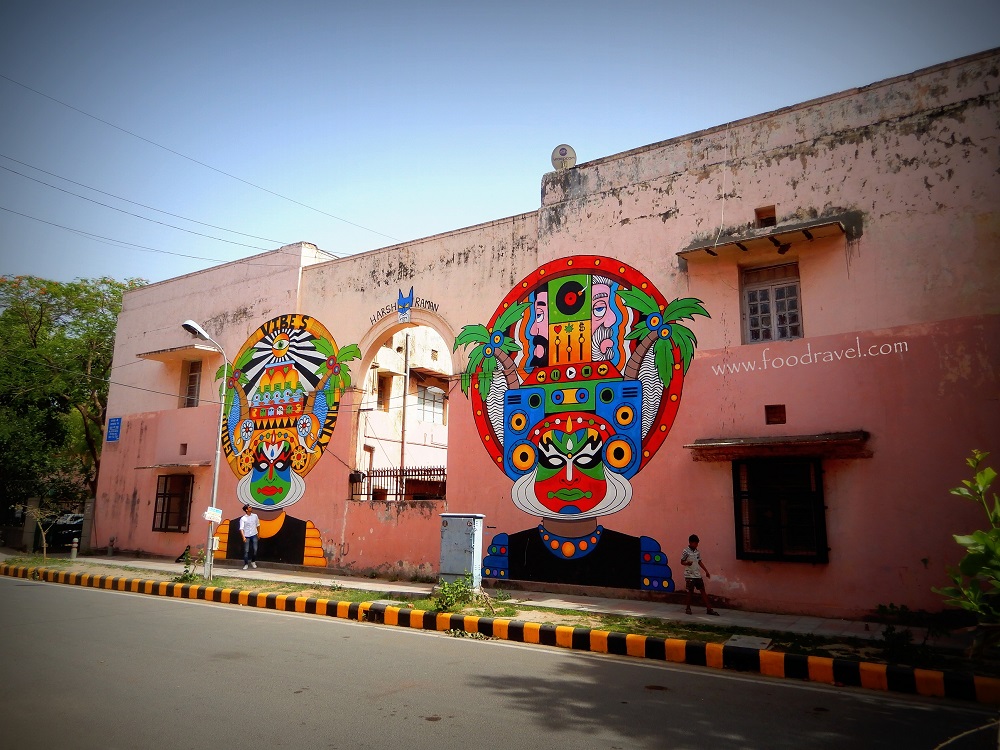 How Lodhi Colony New Delhi has become the art district of India?

Let us first know a brief history of Lodhi Colony. Located in South Central New Delhi, the colony is actually a residential colony for central government staff. Close to Lodhi Road, Lodhi Colony was built in 1940 during the British Raj for the government employees. It is said that Lodhi Colony is among Delhi’s greenest and quietest colonies in the capital city. 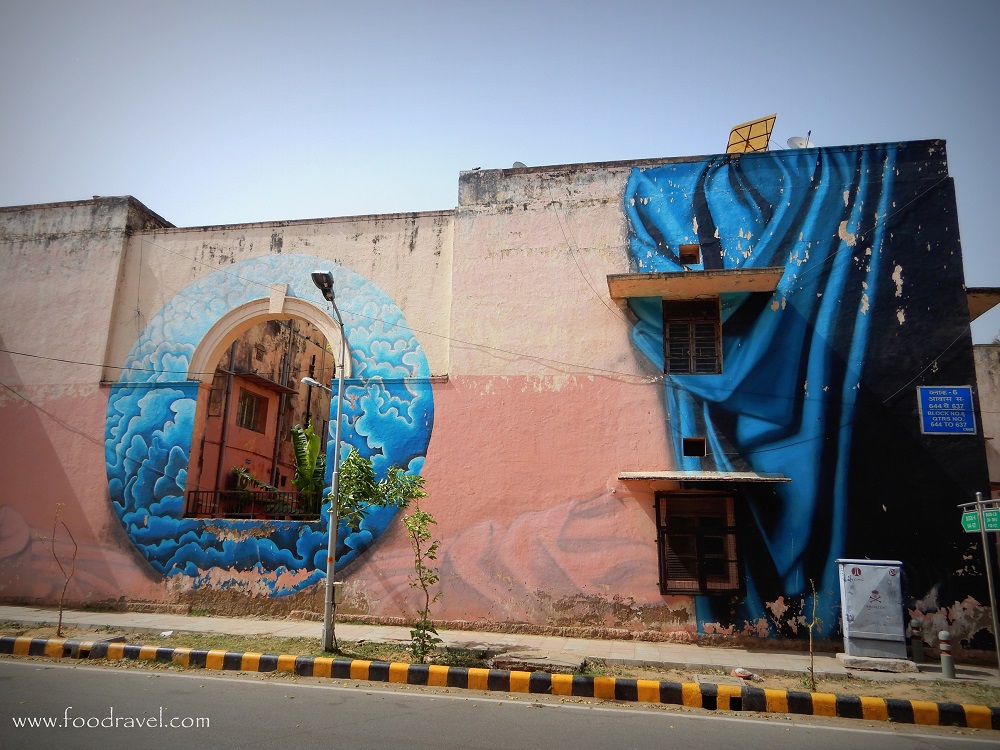 At present, Lodhi Colony New Delhi is known as the street art district of India. As you take a walk through the symmetrical facades of Lodhi Colony, you will be welcomed by massive pop color arts and abstracts on the walls. Eye-catching arts on the walls of this British built colony has turned this place into a thrilling destination where people come for photo shoots be it pre-wedding shoots, fashion shoots, or shoots of Instagram photos. 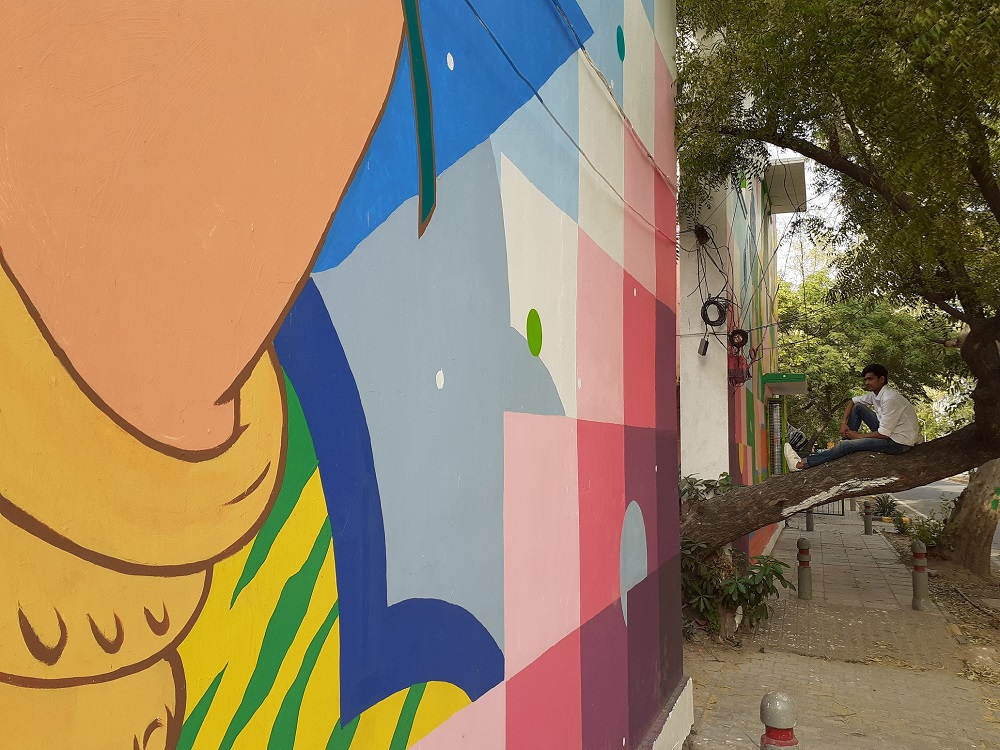 Lodhi Colony New Delhi was transformed into India’s first street art place by more than 14 artists who not only came from different parts of the country, but also from other countries as well. The unique feature of these arts is that they are dedicated to different themes including education, female feticide, digital slavery, pollution, etc. 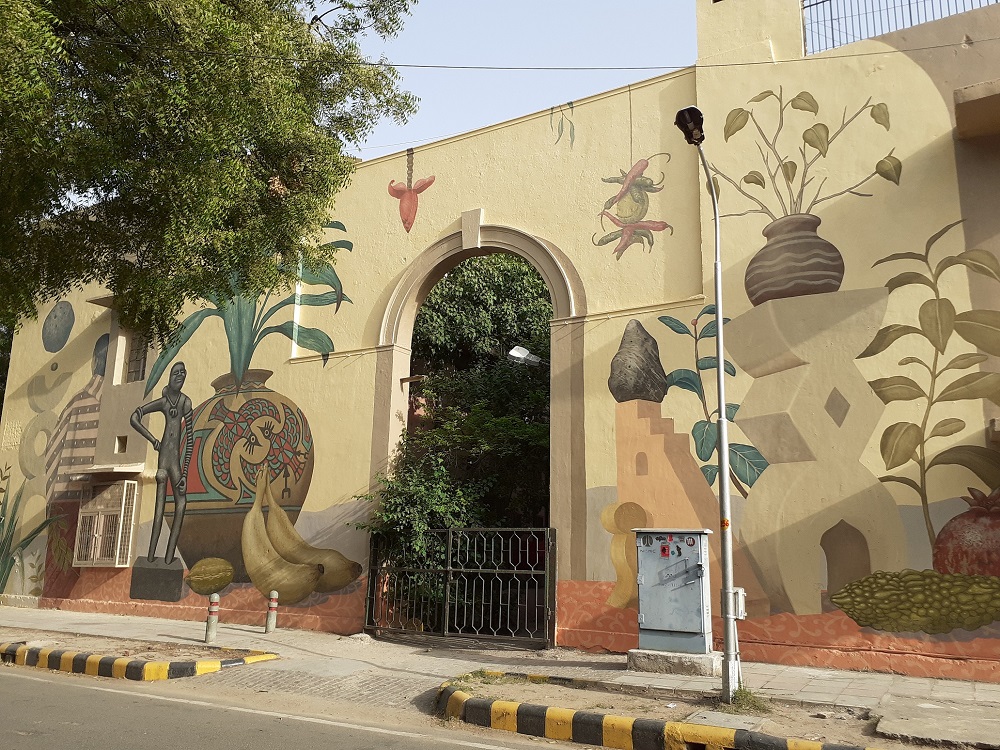 It was the year 2015 when Lodhi Colony witnessed its very first artwork. And then it started all. This year, in January 2019, St+Art India Foundation brought several brilliant Indian and international artists here. And by the end of March month, the walls were breathing amazing artworks expressing ideas from social themes, abstracts, geometrical, mythological, etc.

Sam Lo, a wonderful Singaporean artist has painted the “Cause and Effect” theme on a wall of Block 13 of Lodhi Colony New Delhi. The art has sparrows who are trying to get free. Back in 2015, there were only two walls which were painted by St+Art India Foundation. And today in 2019, there are around 22 walls of this colony which has been painted by the artists. Asian Paints is backing up this colorful project.

Several international artists came and became a part of this art movement including Daan Botlek from the Netherlands, Georgia Hills from Australia, Yoh Nagao from Japan, Brandon Tay from Singapore. The Indian artists who are a part of this project are Hanif Kureshi, Shilo Shiv, Sajid Wajid, etc.

I came here along with my buddy Tanuj for his shoot. It was a hot day in May and we were very exhausted. I had heard a lot about this place however this was the second time I visited Lodhi Colony. We both visited this place some days back to witness its glory. It was so hot that my camera couldn’t handle the heat and showed an error message of high temperature.

Lodhi Colony New Delhi is a colorful treat if you want to visit. If you are an art enthusiast, this is your must-visit place. There are several restaurants in the market so don’t worry about anything. Make sure that you visit with your friends so that you can take cool shots for your next Instagram post.