I was lost in the vibes of Khajuraho. All I wanted to do was to just be there for longer and wander like a nomad, roaming like there is no world around me. Just me and some stunning architectural pieces of wonders. It wasn’t all about the temples but I was more astonished to understand how these monuments were actually shaped back then without having any sort of modern technology. Though I have been a rationalist however there was something intriguing about these temples. Every moment I spent there at Western Group of Temples Khajuraho, the only question I had in my mind was how… Not all the questions can be answered and one has to travel a lot to seek answers to such questions. Such questions always make me stay awake in awe and push the archaeologist and the geologist out of me.

While I was in Khajuraho to attend a friend’s marriage nearby Khajuraho in a village, visiting Khajuraho temples was among the series of events that took place during my journey. This four-day trip was really beautiful. Though I was traveling with friends and didn’t have that sort of liberty that I usually enjoy, still there was a lot to see and a lot to cherish. I had some of the best memories of my life during this trip. I usually travel solo considering my priority; I have traveled with friends as well. Visiting Khajuraho temples was on my list since the friend who was getting married had asked me a lot of time. Before visiting the Khajuraho Group of Monuments, I had some different perceptions about this place. After spending hours at the Western Group of Temples Khajuraho, I had several questions in my mind. 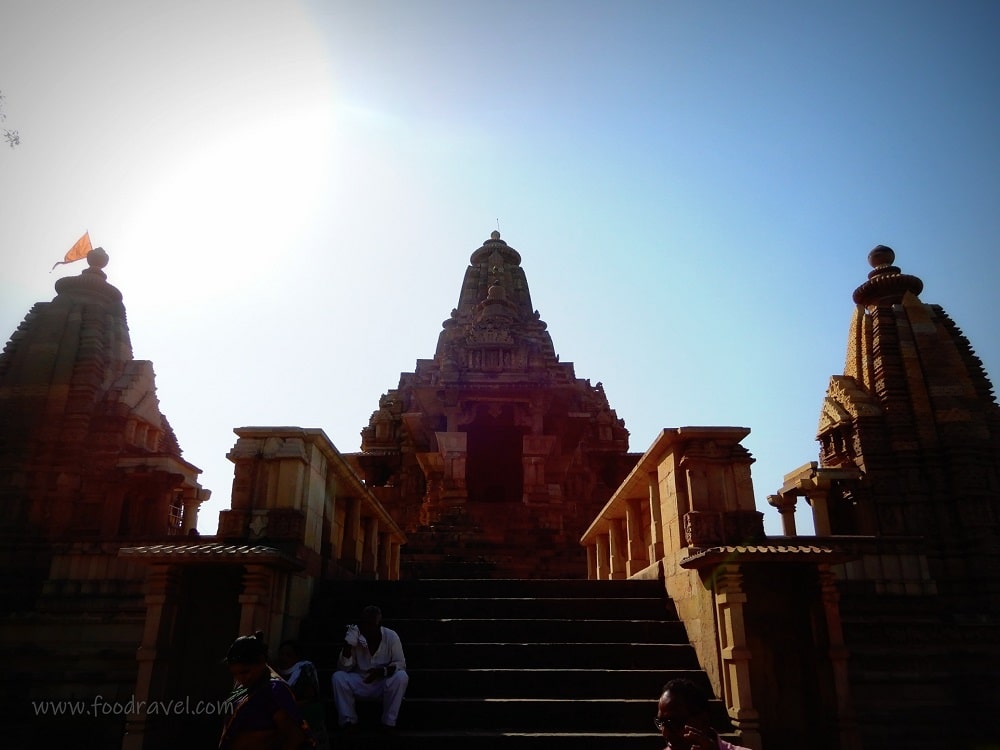 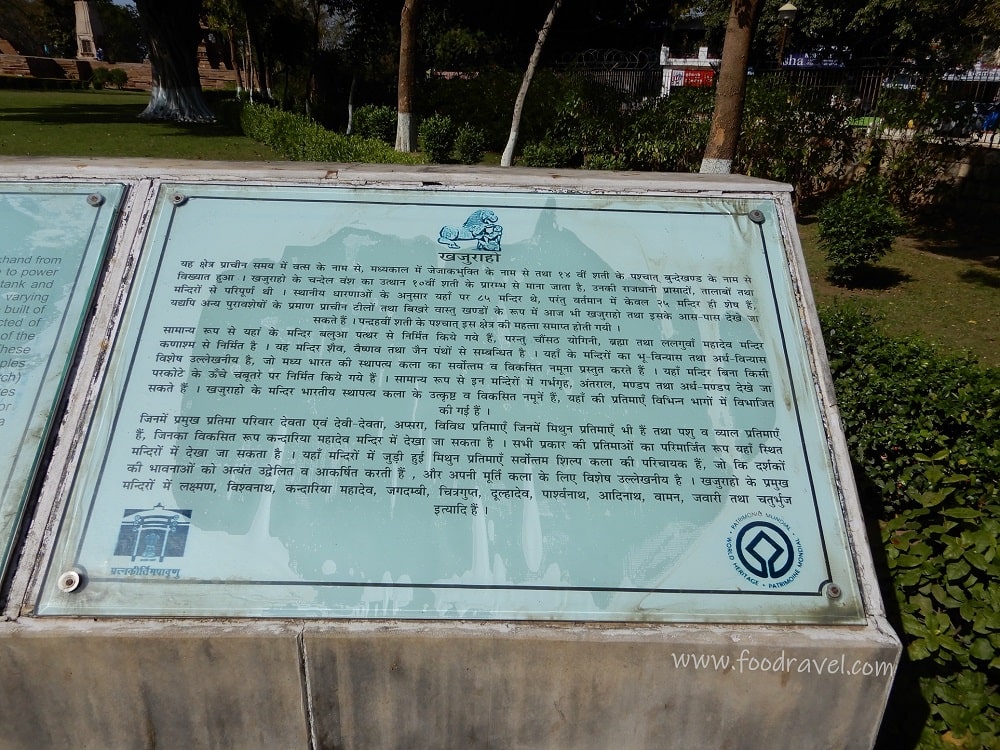 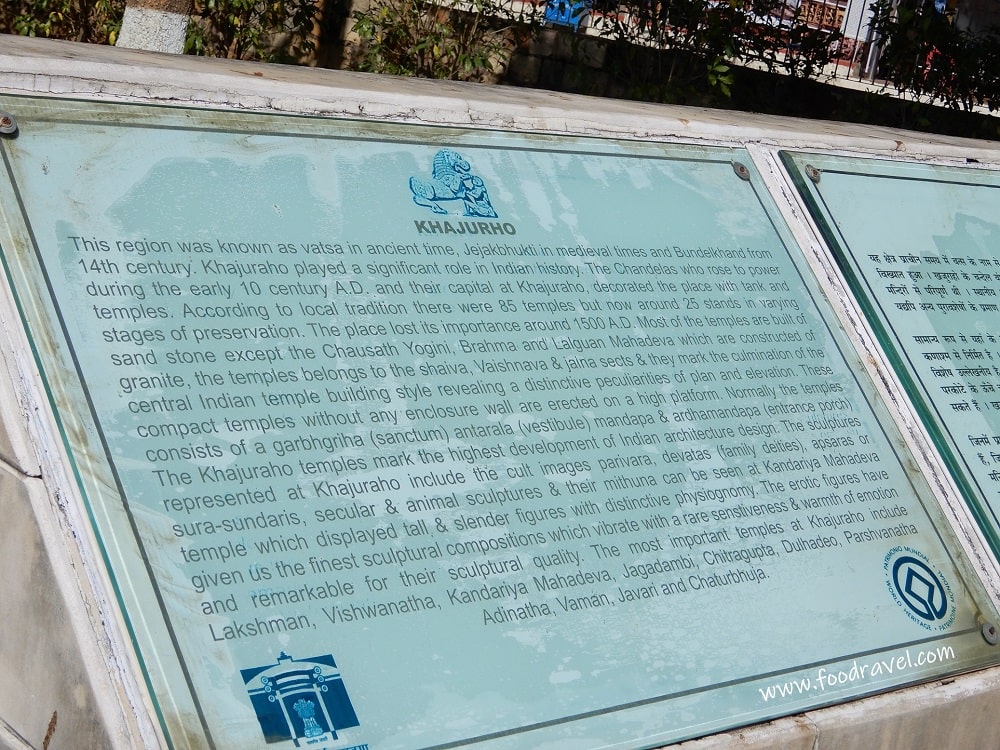 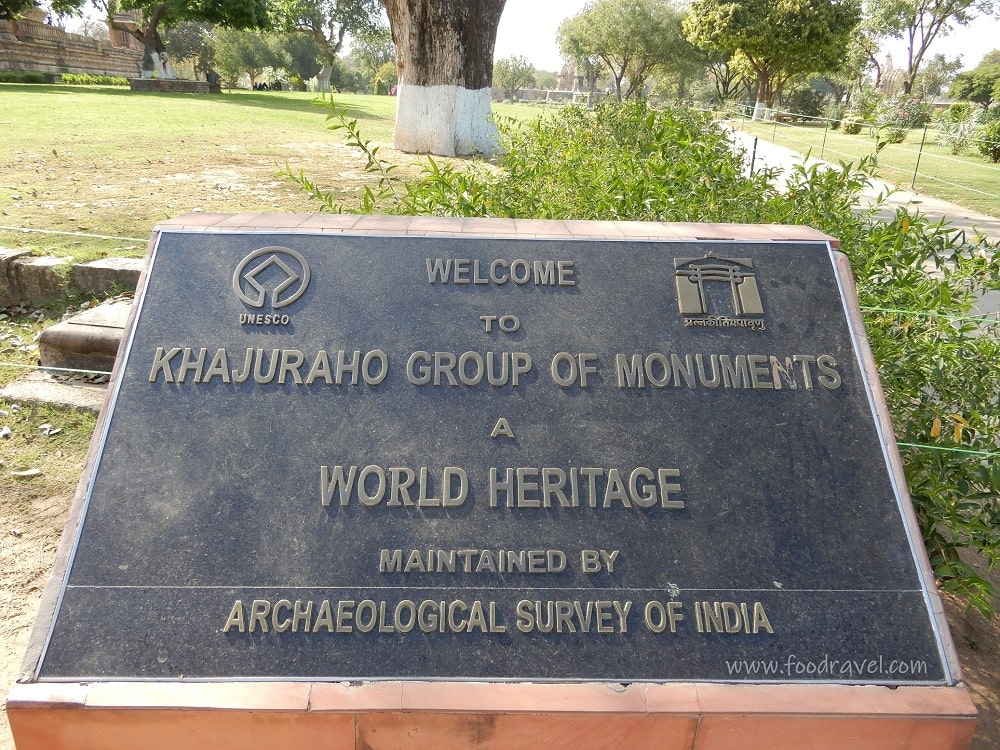 A brief history of Khajuraho Group of Monuments

Khajuraho Group of Monuments is a name given to the temple present in Khajuraho. These temples are dedicated to Hinduism and Jainism. Known for their Nagara style of architecture, these temples attract tourists from all over the world due to the erotic carvings on the temples. Most of these temples were built from 950 to 1050 during the rule of the Chandela Dynasty. As per the records, there were a total of 85 temples built during a span of more than 100 years by the 12th century. These temples were spread in a massive area of 20 square KM. Only 25 temples out of the total are present now in an area of 6 square KM. 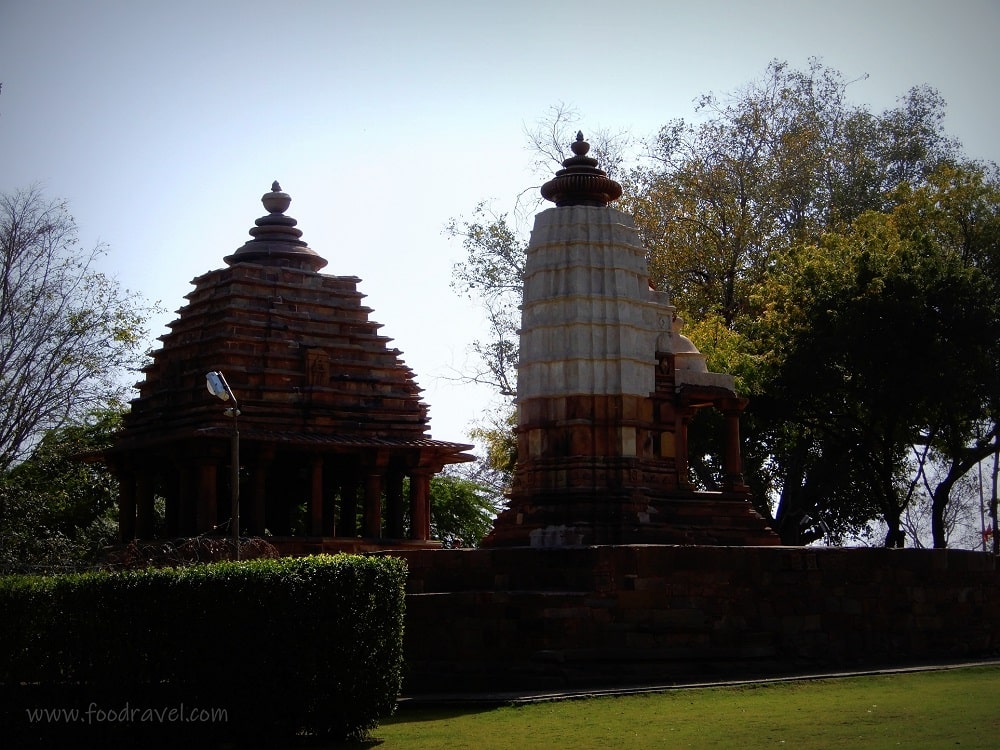 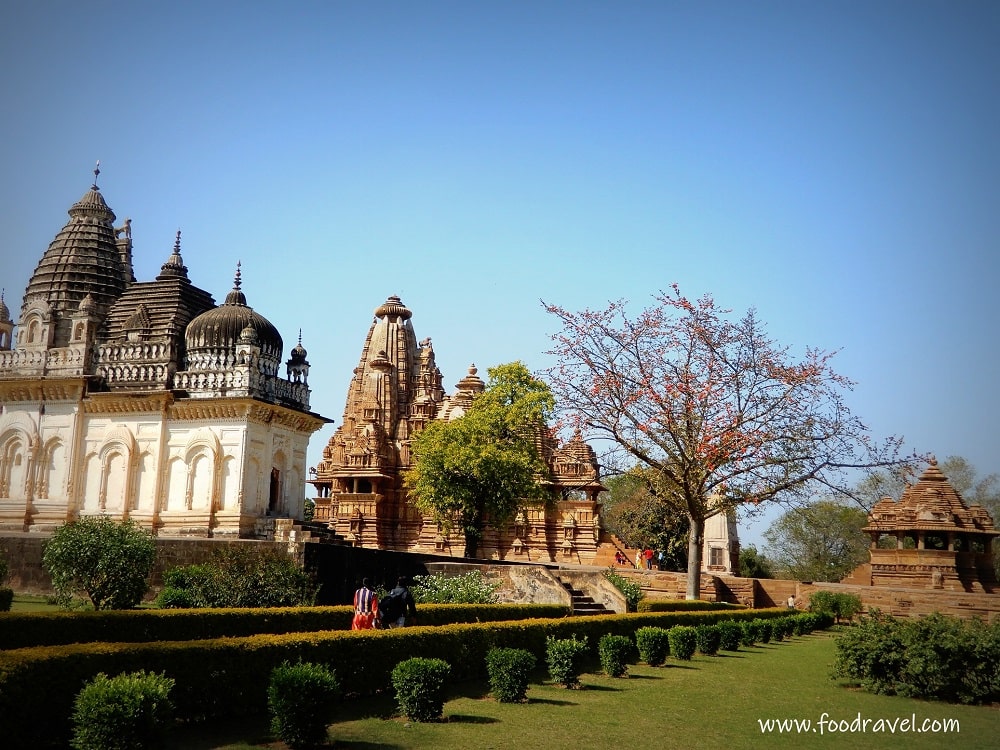 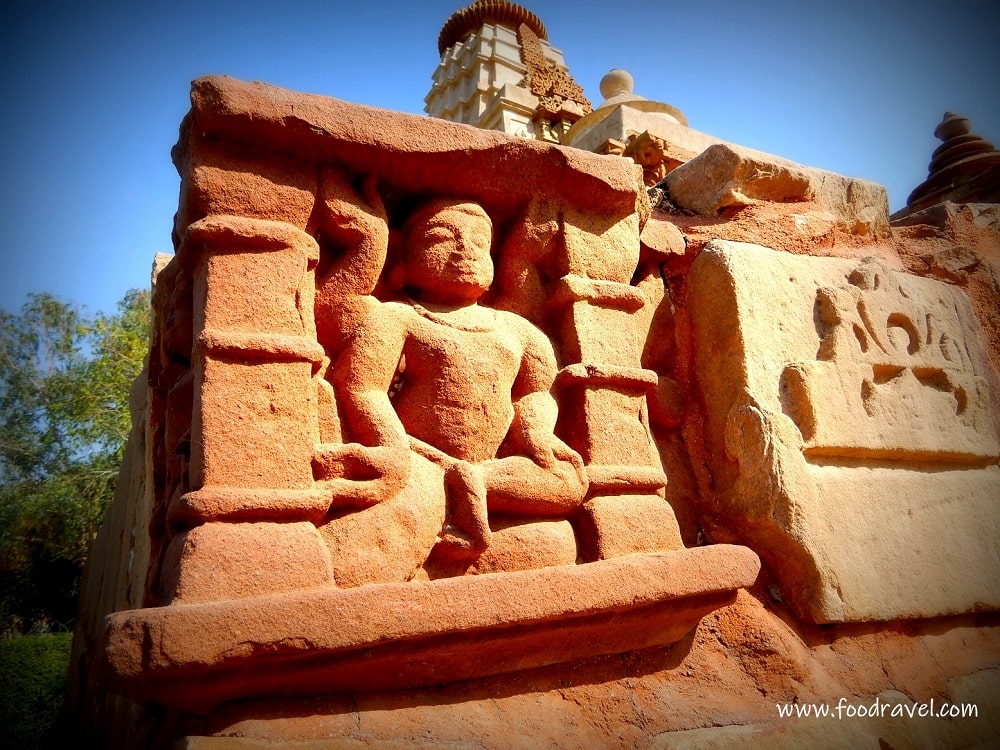 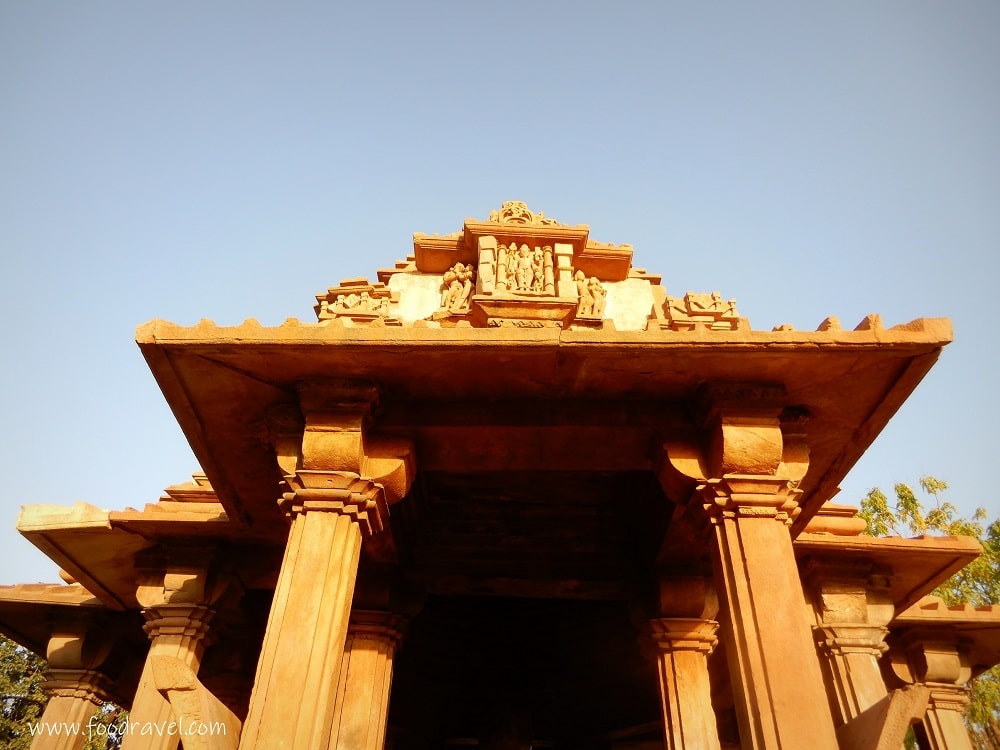 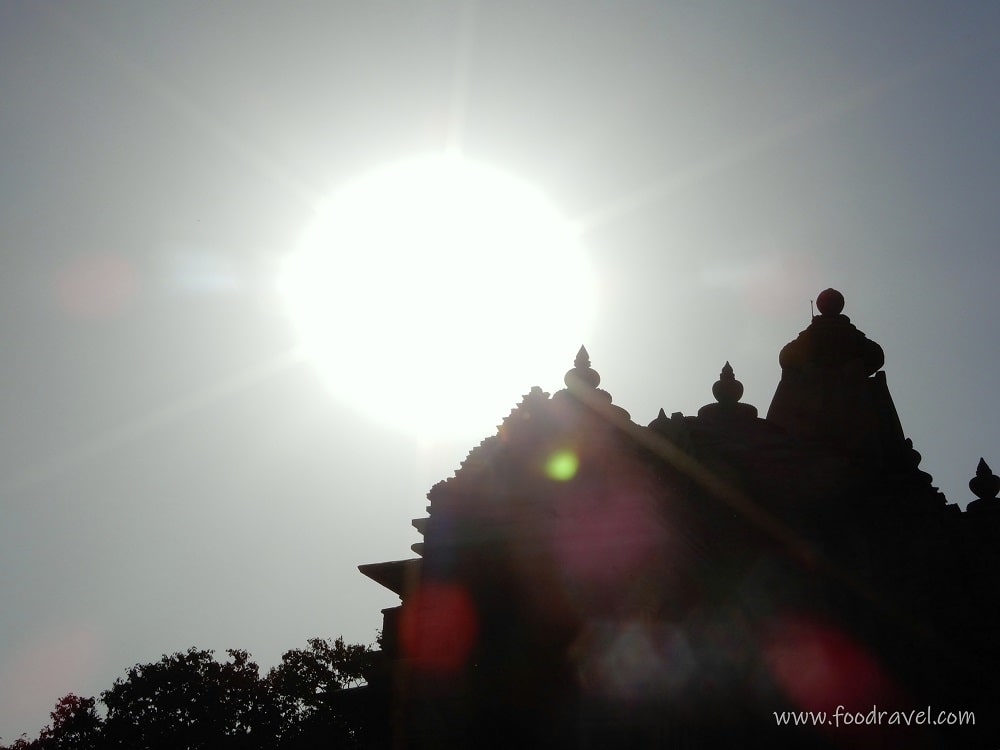 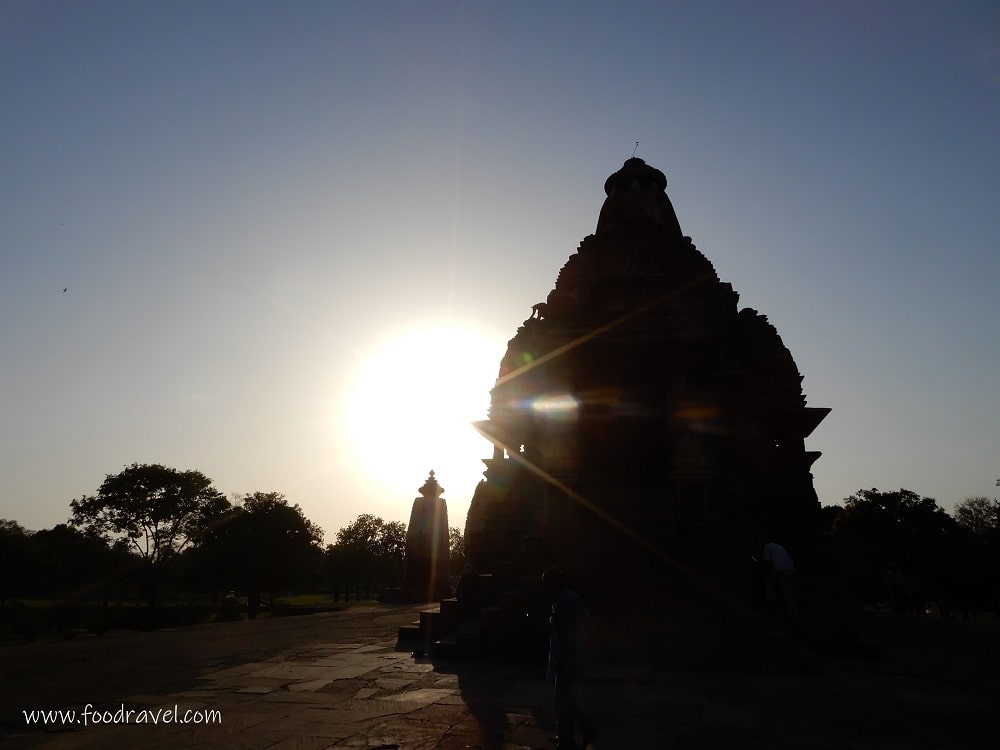 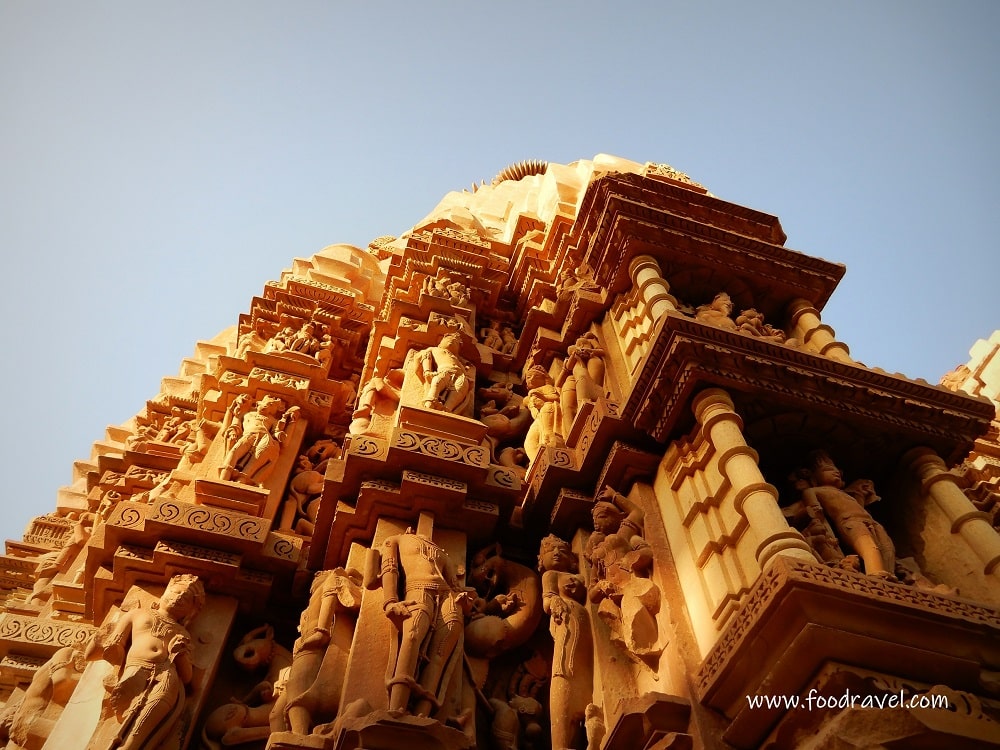 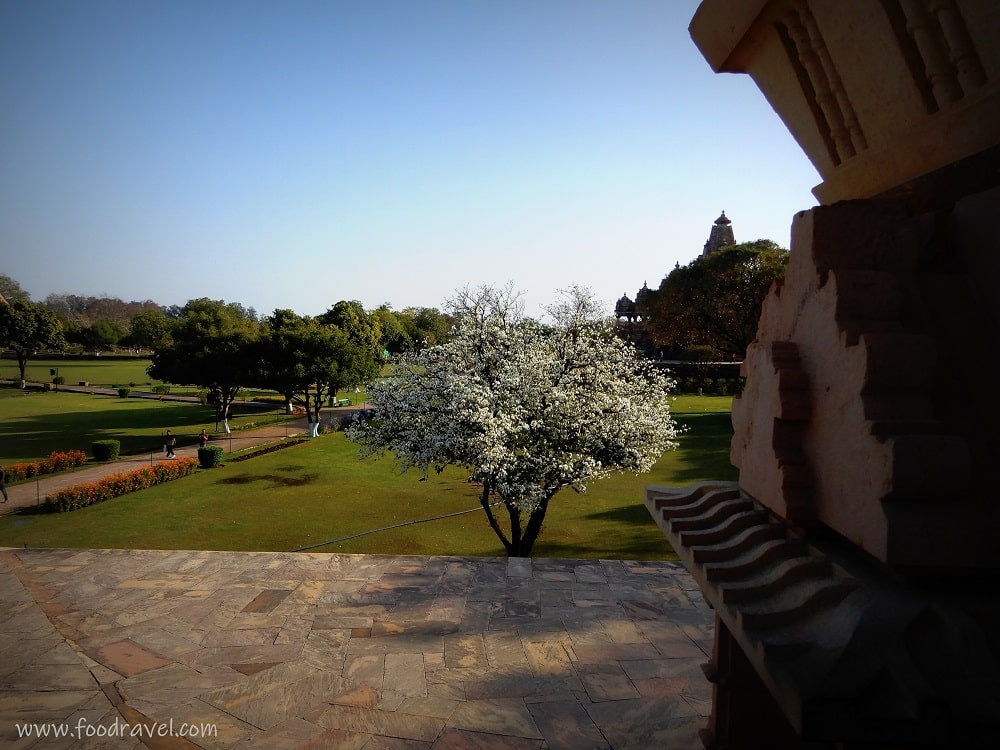 A Persian historian Abu Rihan-al-Biruni has mentioned these Khajuraho in his descriptions. He came with Mahmud of Ghazni who tried to conquer Kalinjar in 1022 CE. These temples were used actively during the 12th century. By the time of the 13th century, Qutb-ud-din Aibak (he built Qutub Minar in Delhi) invaded and captured the Chandela kingdom. Ibn Battuta, the famous Moroccan traveler has given the mention of these temples in his description of Indian visit. He wrote that he visited Khajuraho temples and called them Kajarra. In the words of Ibn Battuta,

“…near (Khajuraho) temples, which have been mutilated by the Moslems, live a number of yogis whose matted locks have grown as long as their bodies. And on account of extreme asceticism, they are all yellow in color. Many attend these men in order to take lessons from them.” 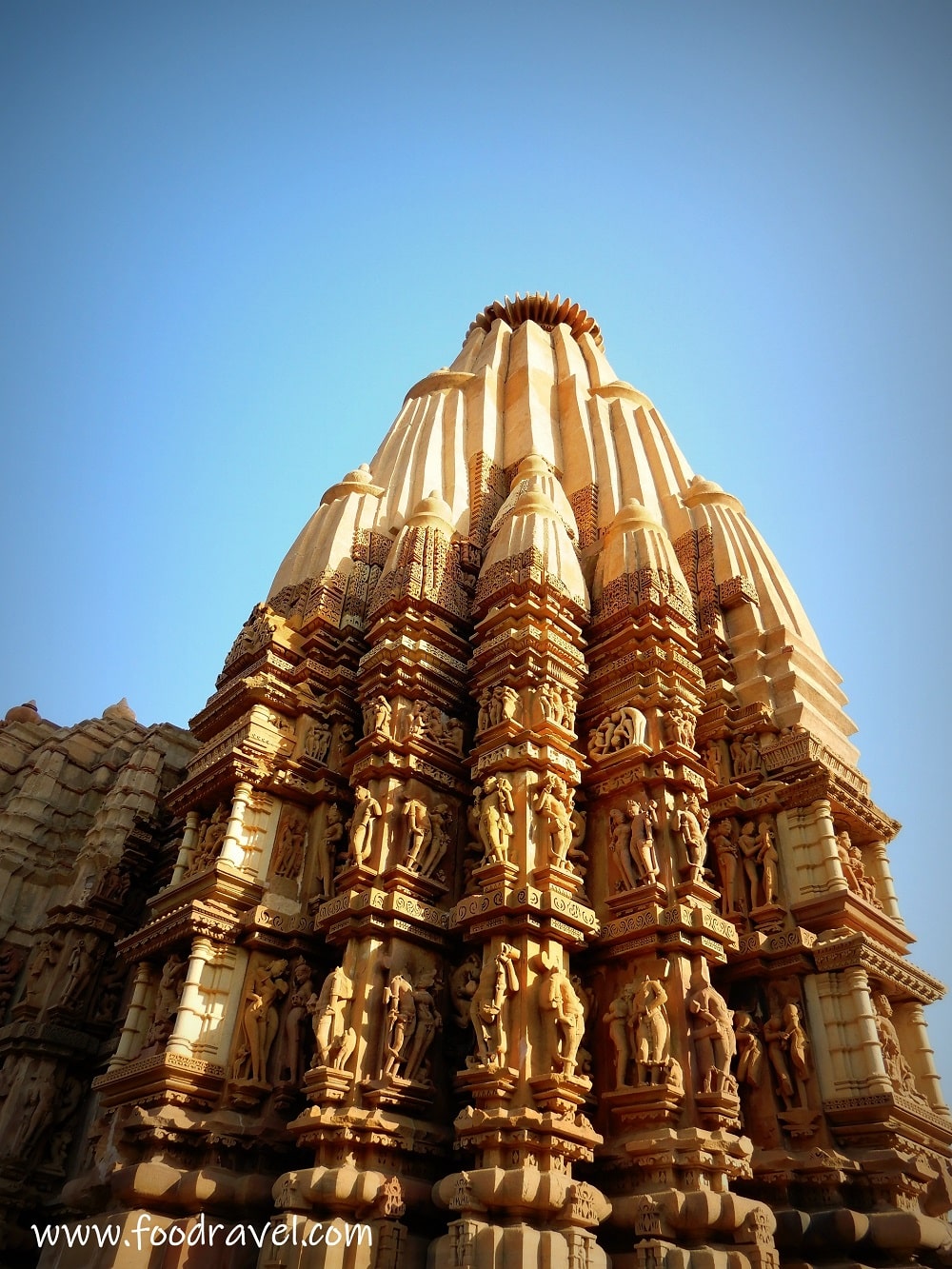 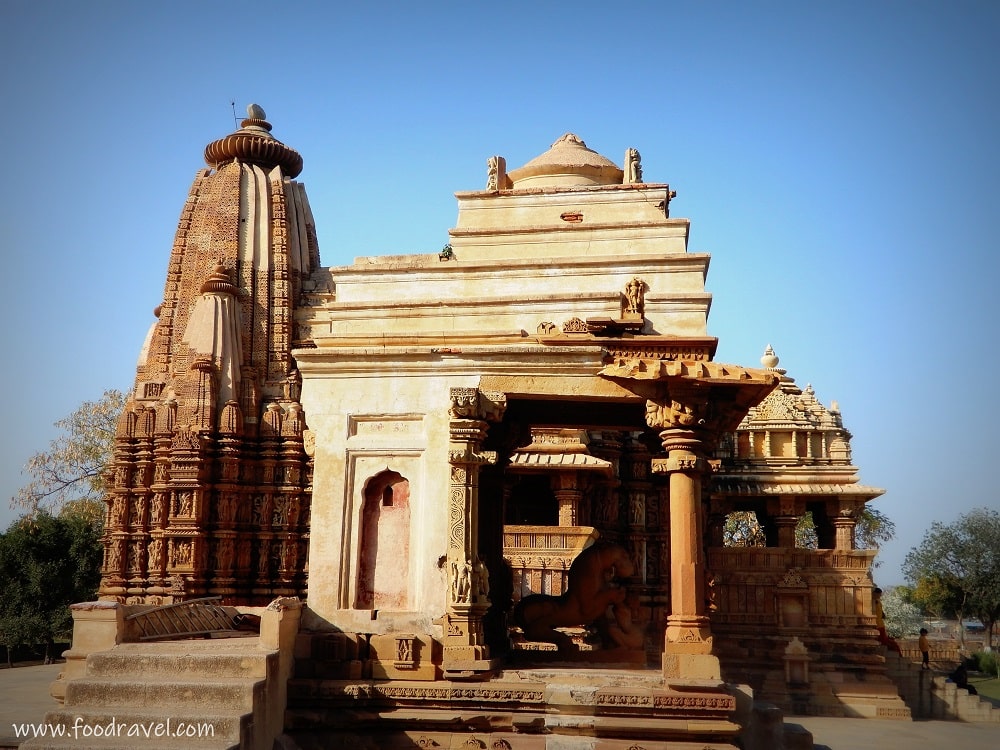 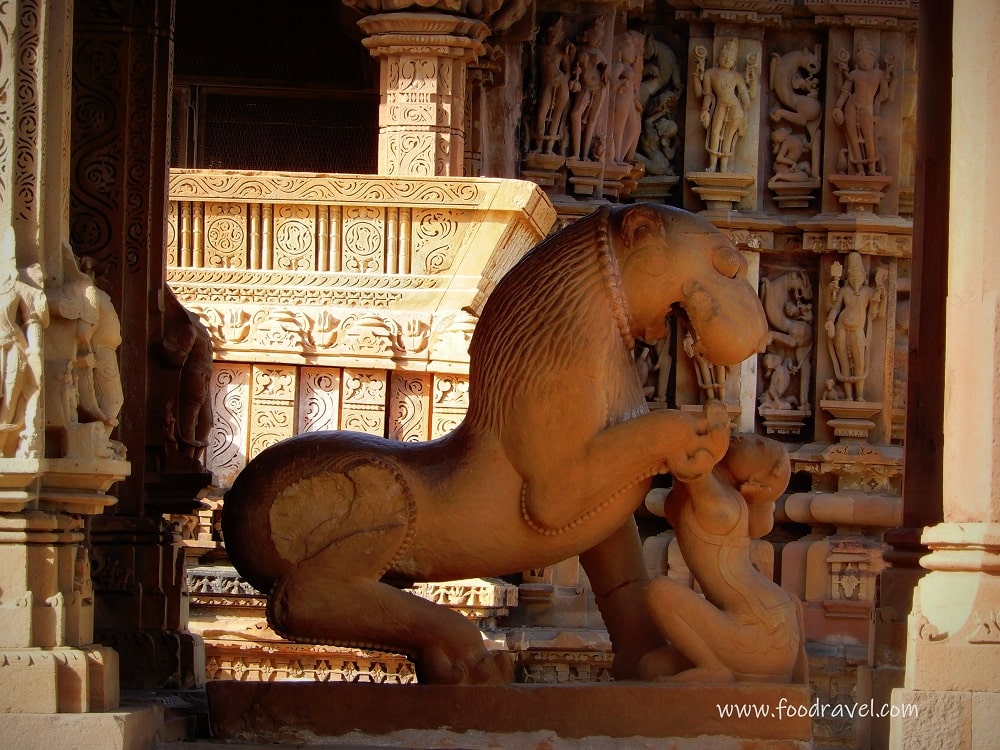 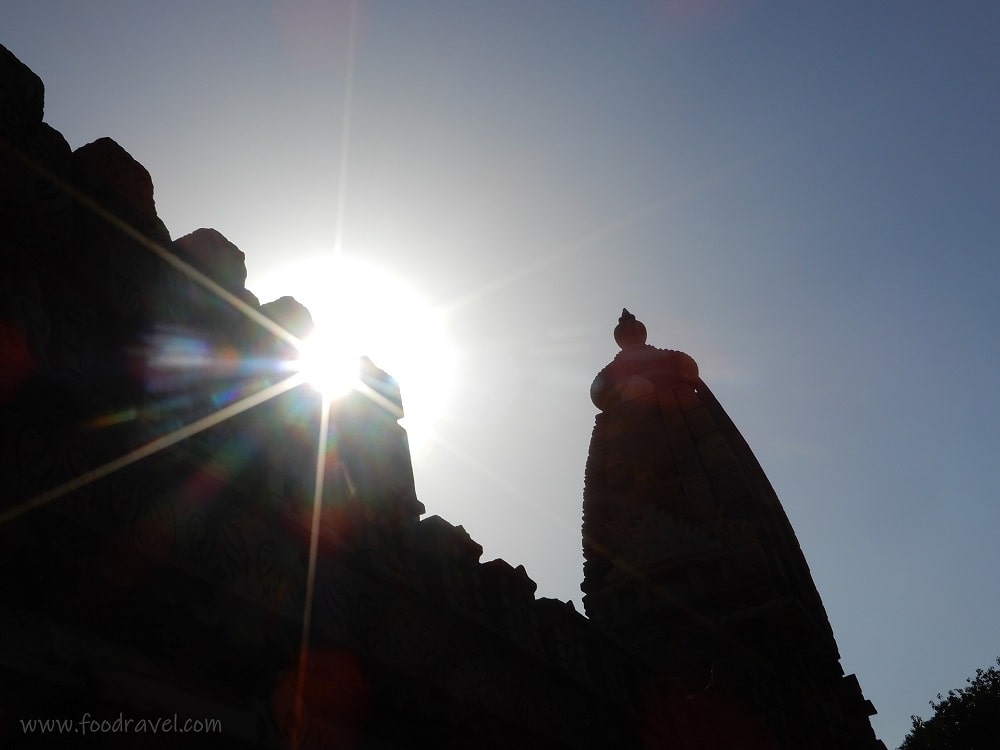 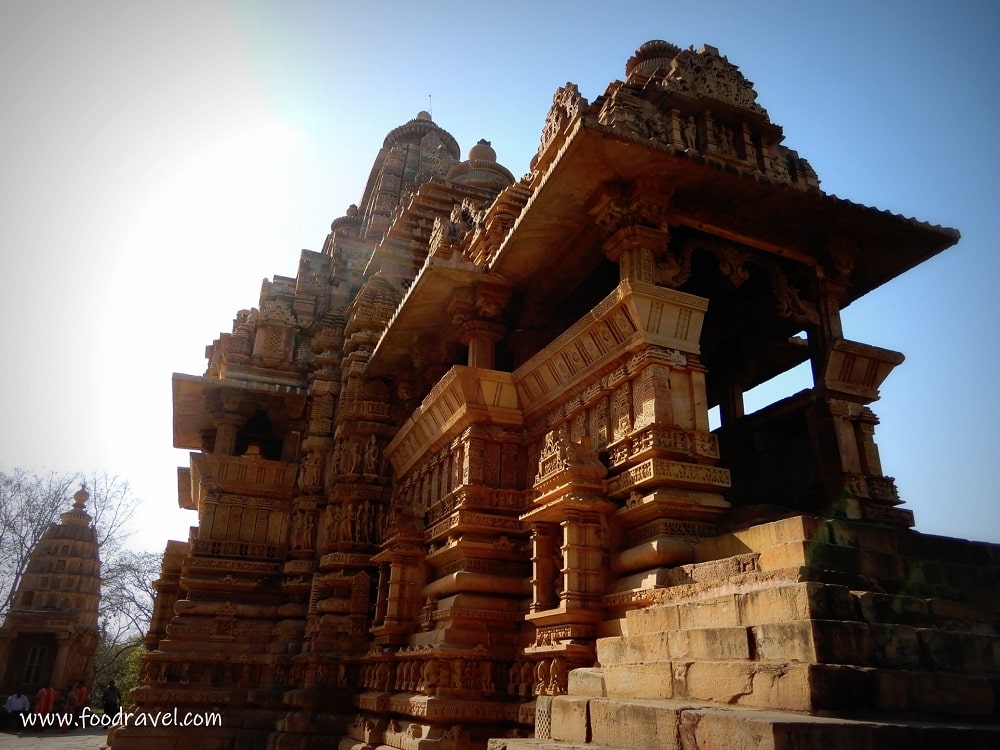 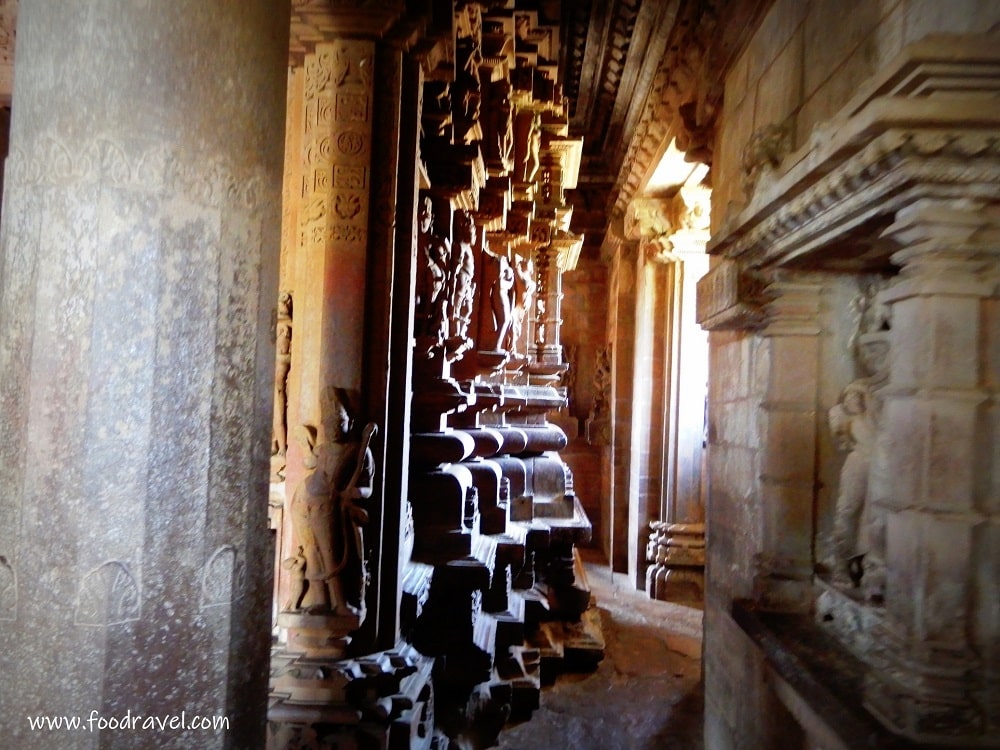 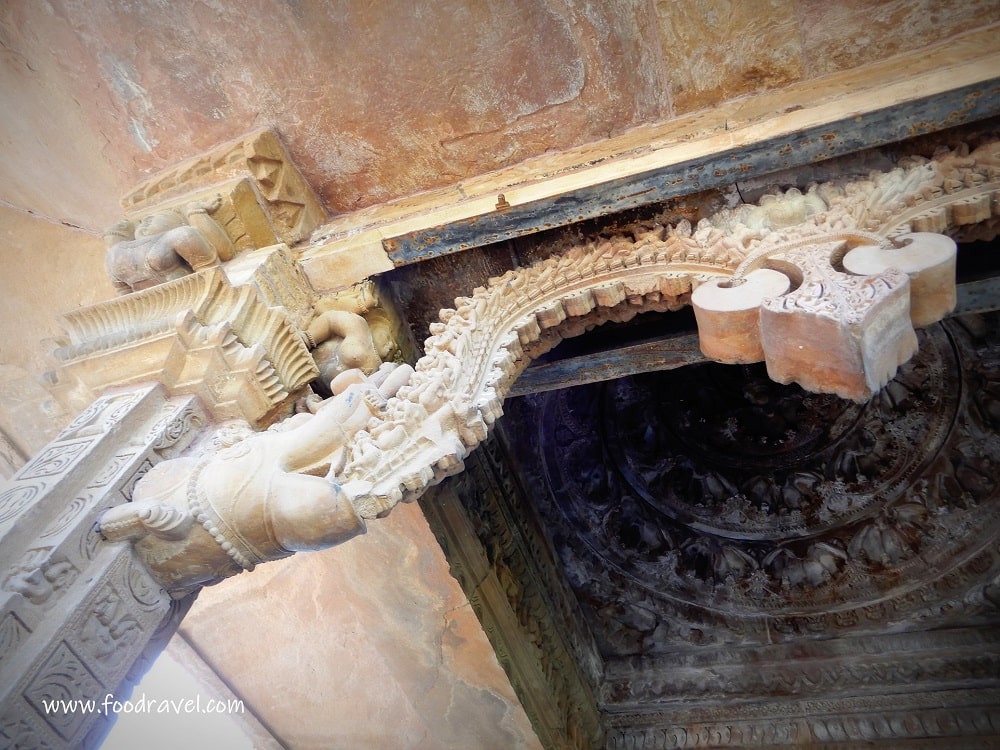 Western Group of Temples at Khajuraho 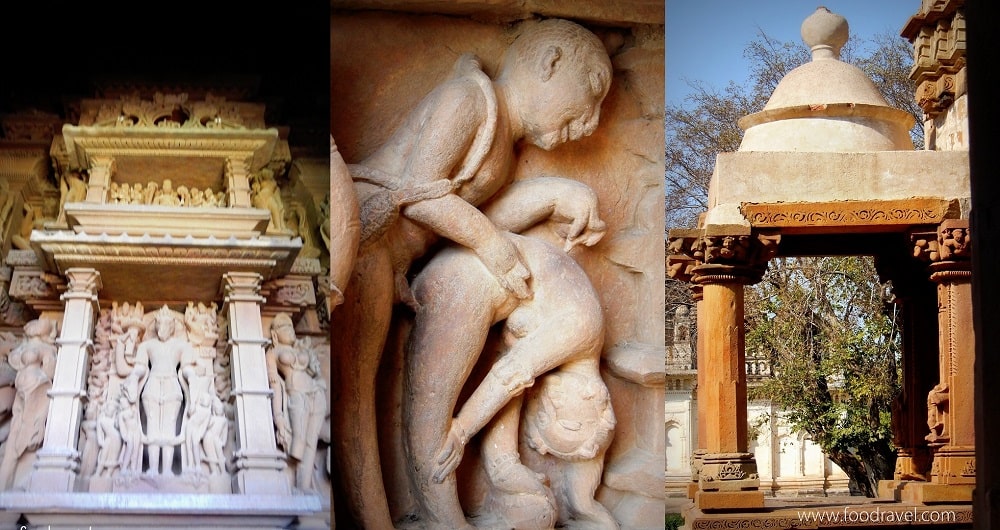 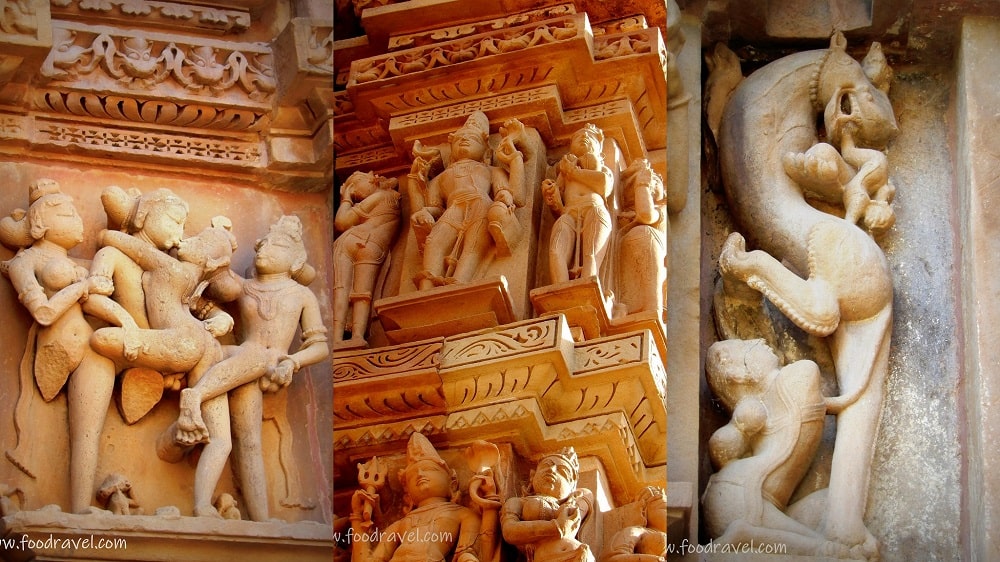 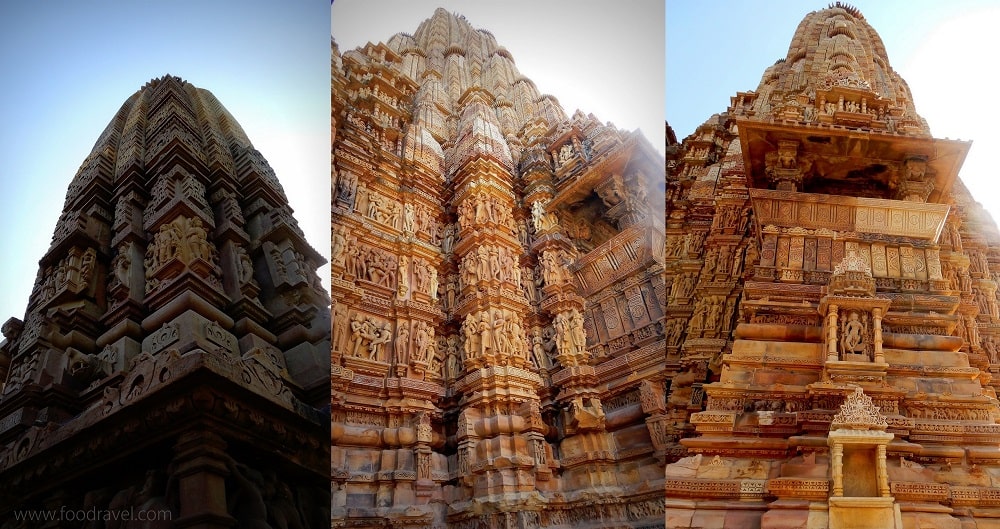 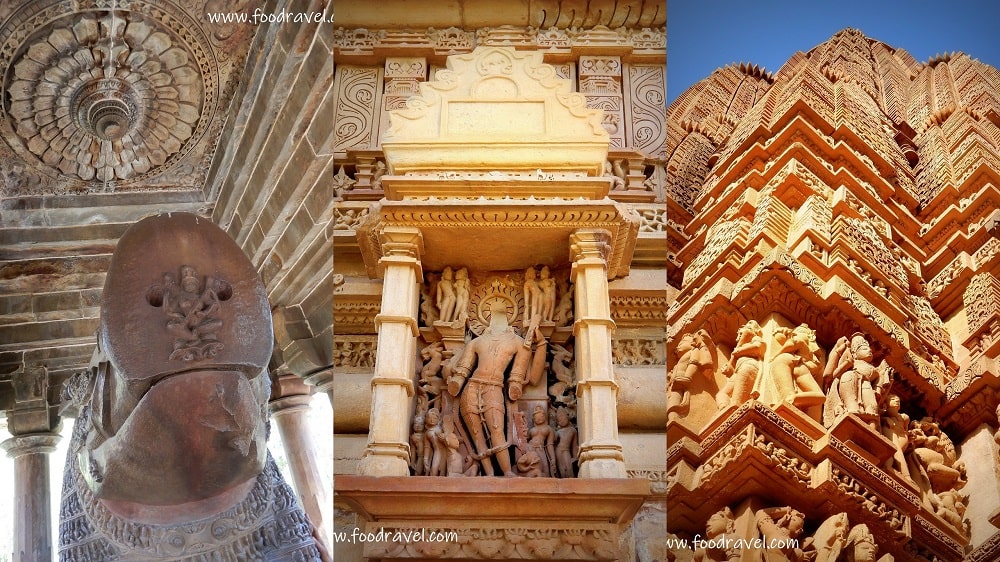 That day, we could only visit the Western Group of Temples Khajuraho. The next day we visited the other temples of the Khajuraho Group of Monuments which were located outside of the town. Being located in different places, away from each other, the Southern and Northern Group of Temples were less visited. Jain temples were still visited by a lot of tourists. But the other temples lacked attention, that’s what I observed. However, I didn’t find any difference in their architecture and construction style.

Traveling to such places always makes me learn several things. I have a great interest in history, geography, architecture, archaeology, geology, etc. and whenever I travel, I often try to look for places that can be a treat for me during my journey. And Khajuraho temples served me well with their elegance, beauty, and marvelous architecture.