I was kind of exhausted and tired while roaming around in Kalinjar Fort. Considering the sun at the top and my previous visit to Pandav Falls sucked almost all the energy I had. After covering the fort, our driver told us that there was a temple down and asked us to visit. Well, honestly I was all out of energy and I was totally dehydrated. The only water bottle we had was consumed and we were left with nothing. Kalinjar Fort was kind of a disappointment for me so I thought to visit the temple in search of some excitement. Traveling to places without prior information sometimes invites unwanted trouble. Neelkanth Temple was the next stop of the day. 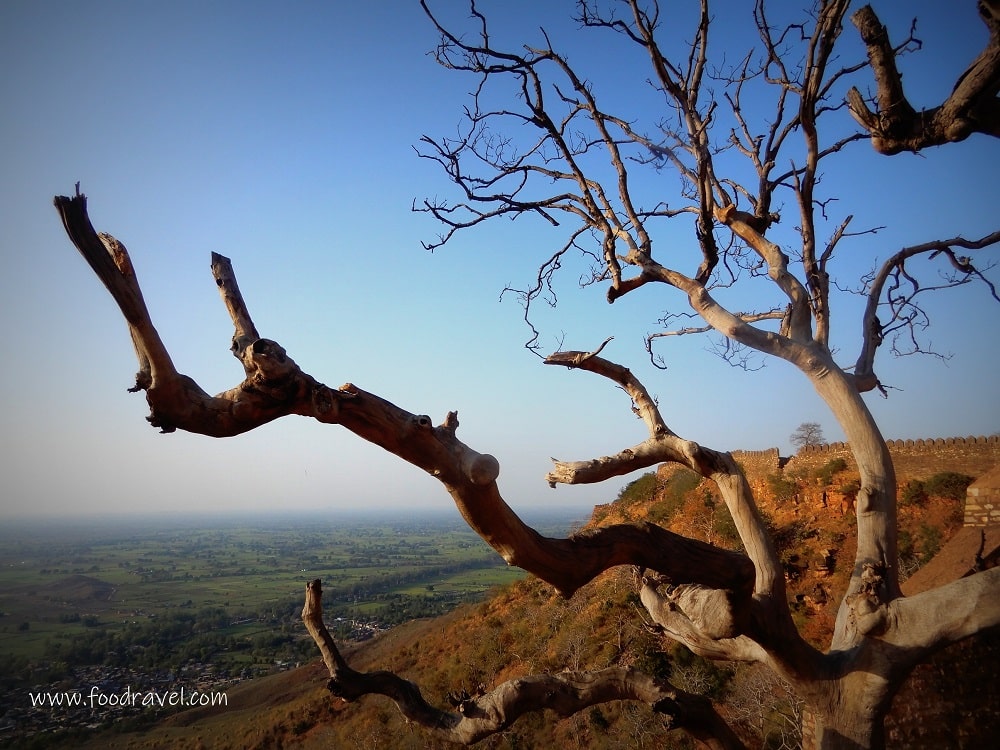 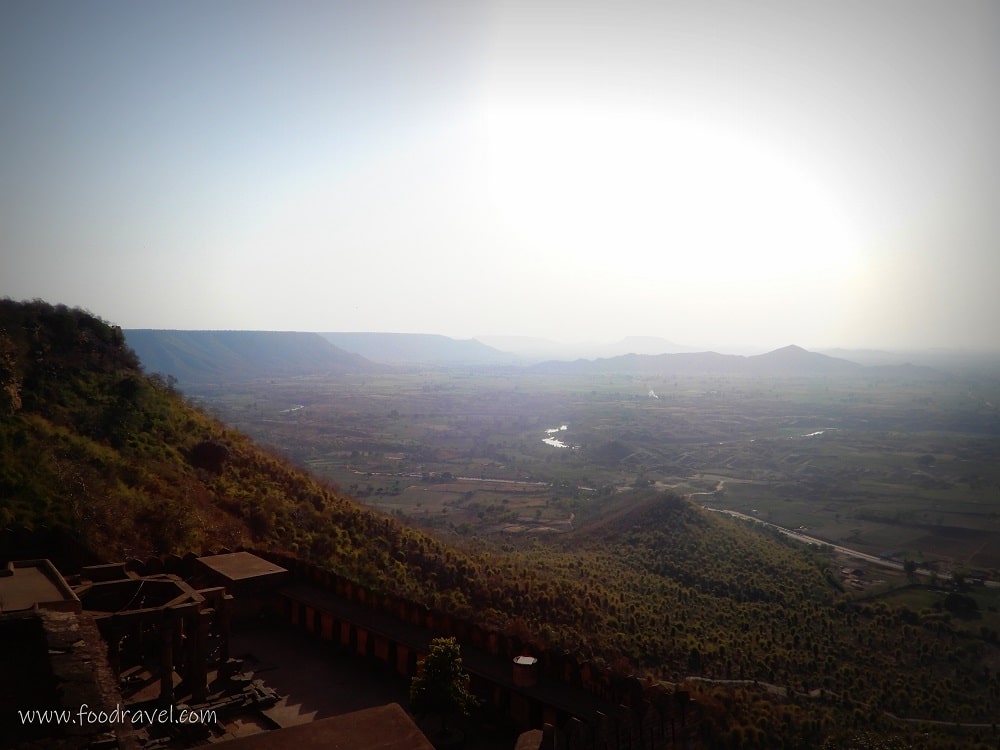 Walking down to Neelkanth Temple made me exhausted

I didn’t see any water tap or any place from where I could fill my water bottle. The temperature was almost 30 degrees Celsius and I found it really hard to continue. The sweat made me lose all the electrolytes. And I felt like being trapped in an isolated place with no water source around. The driver asked us to visit Neelkanth temple and Rishi was also interested to go thus I too made my decision to visit there. So from Kalinjar Fort to the entrance of the temple, we came in the cab and from there we had to go down at Neelkanth Temple. There were stairs which led to the main temple. There are around 120 steps if I am not wrong. I knew I wanted to count every moment of my Khajuraho visit and for this, I was ready to do any crazy thing. 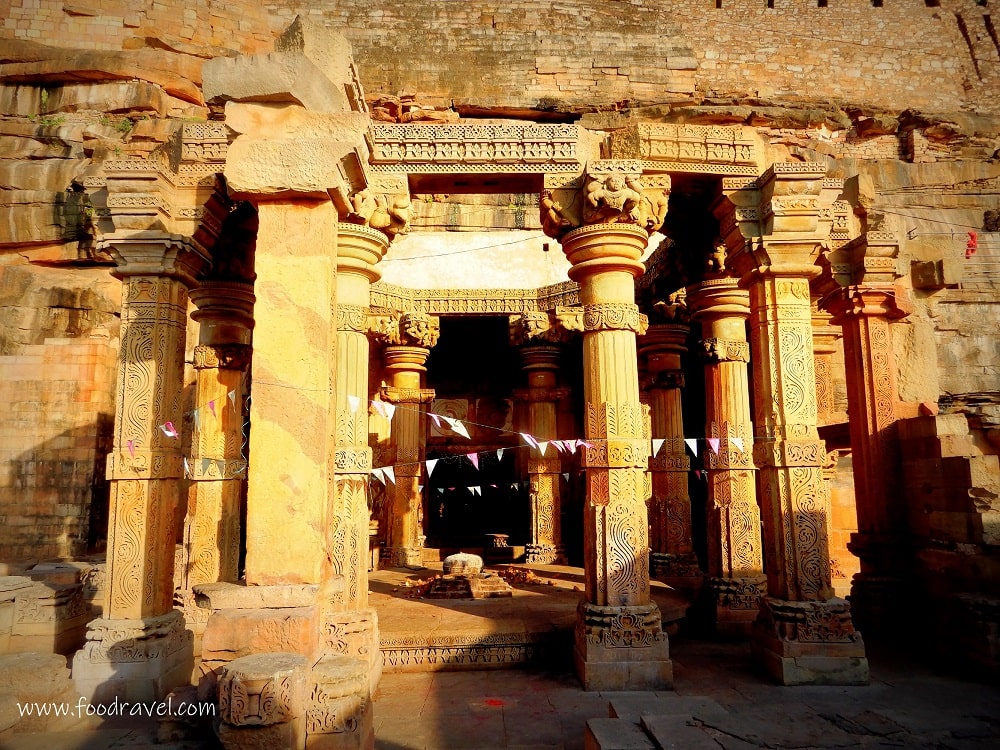 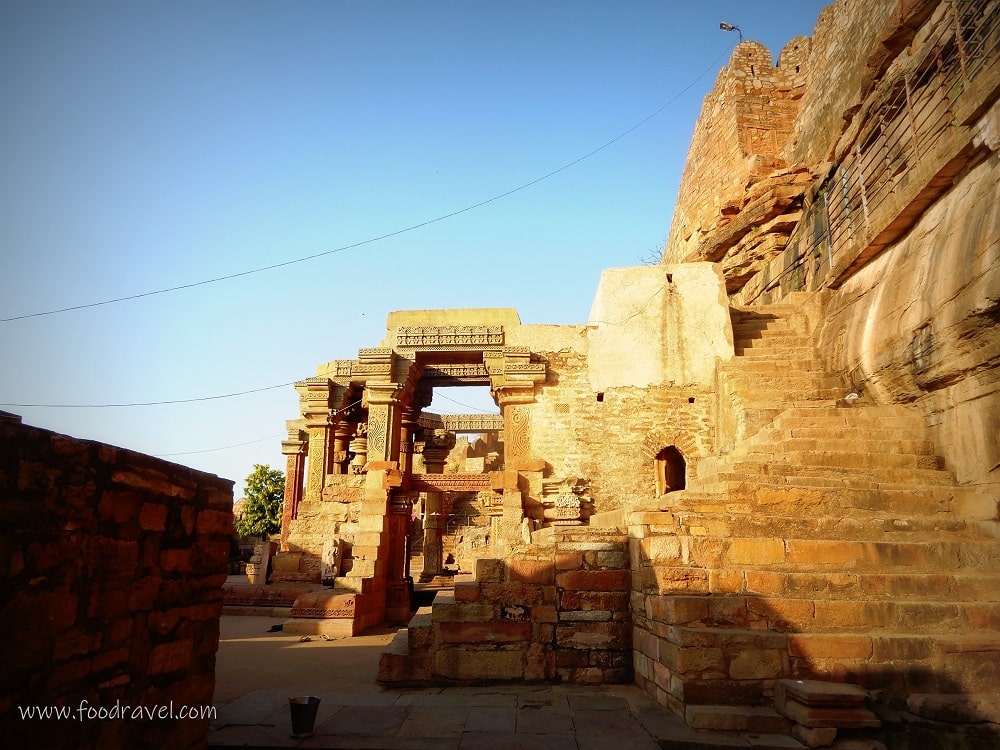 Sun being on the top of my head, those stairs really made me feel uncomfortable. However, the view which I got by overlooking from the top was really mesmerizing. We went down and entered the temple. There were a couple of people and priests. Some of them were talking about politics and were watching the news on their smartphones. Fortunately, we had a mobile connection there which was not in Pandav Falls. 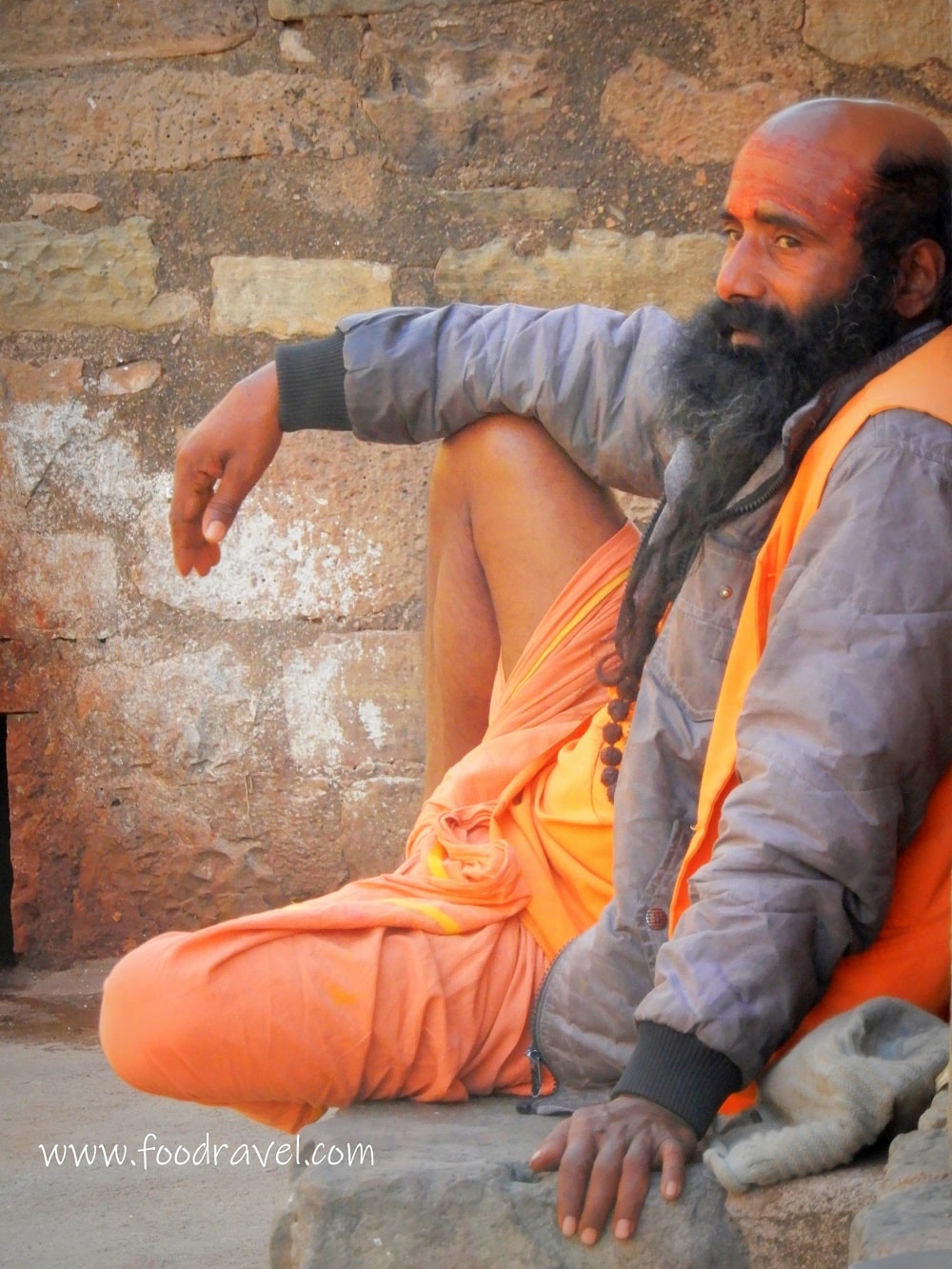 Neelkanth Temple is built on the plateau of Kalinjar Fort and is believed to be more than 1000 years old. The temple is also known for its Ek Mukhi Shiva linga. Full of ancient rock carvings, the temple is all made of rock. Neel means blue and Kanth means throat, so its English meaning is blue throat which symbolizes Lord Shiva who consumed the poison from Sagar Manthan, and due to that poison, his throat turned blue. After consuming the poison, he came here for quenching his thirst. A major piece of attraction of this temple is a bluestone Shivalingam which has silver eyes on it. This object has been worshiped for centuries. 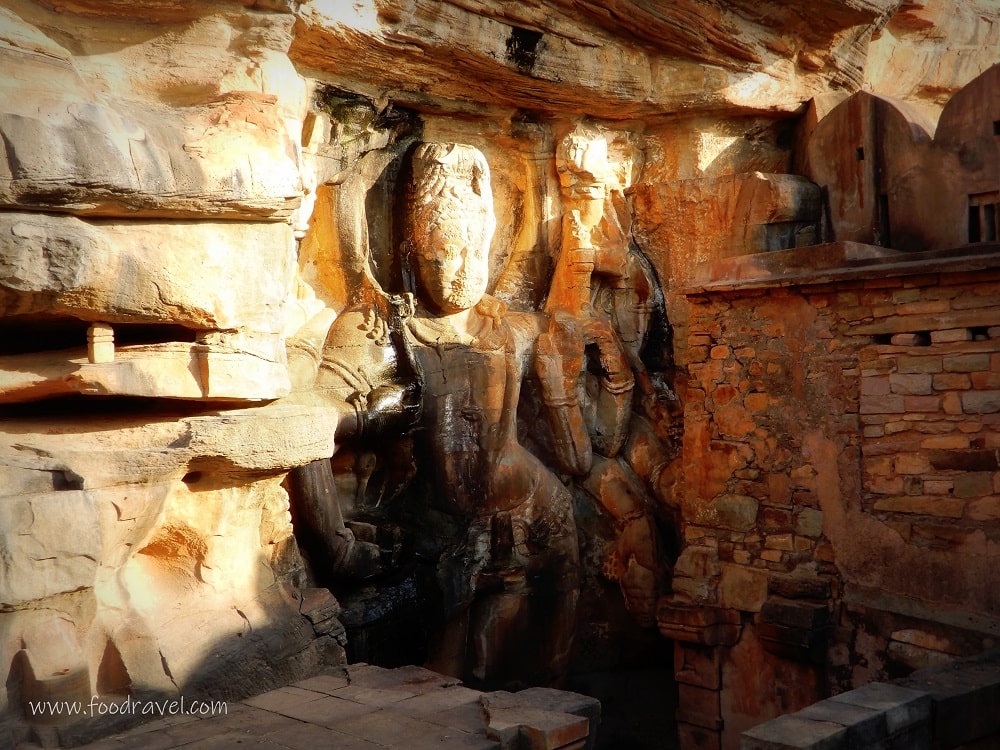 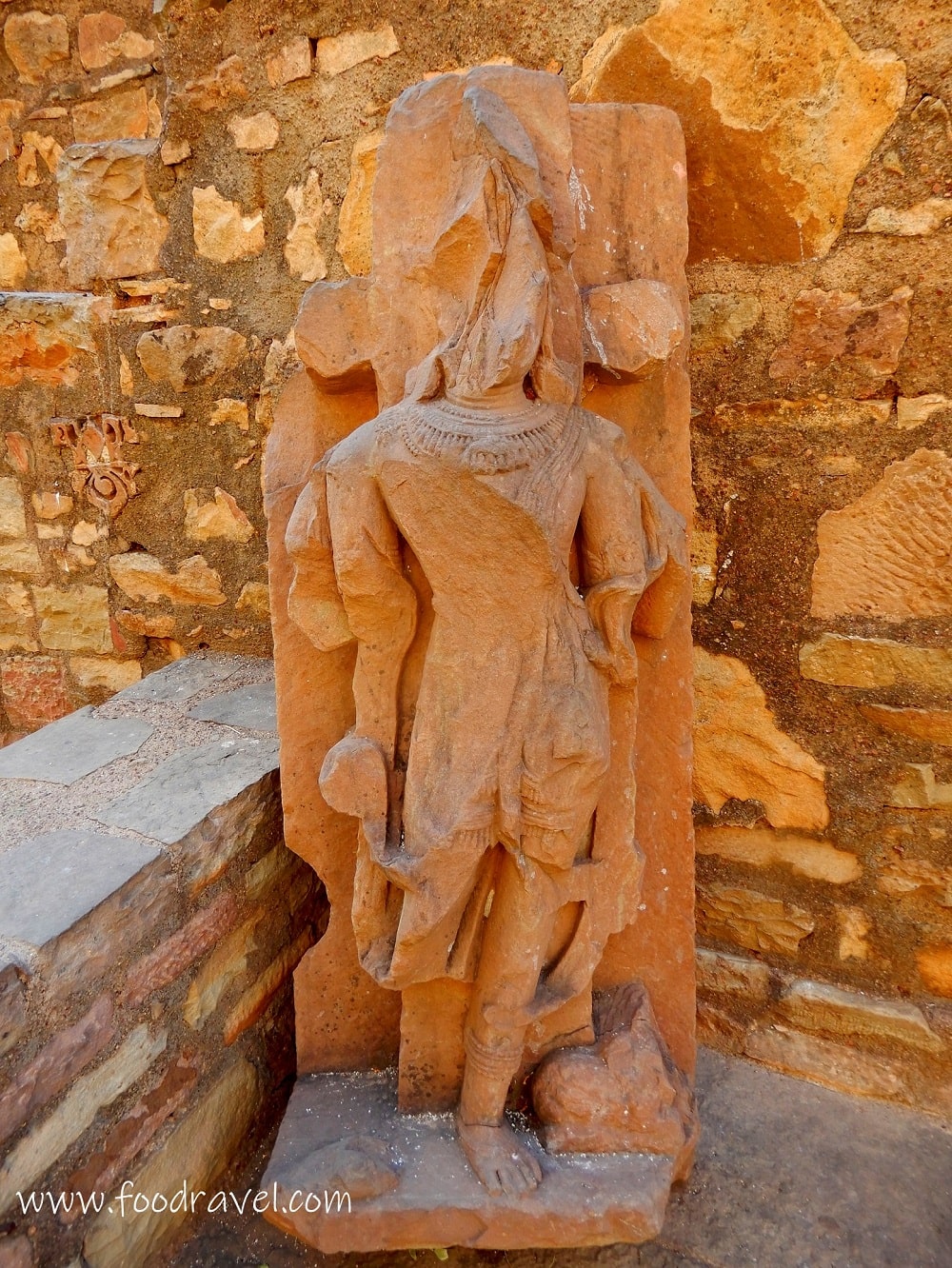 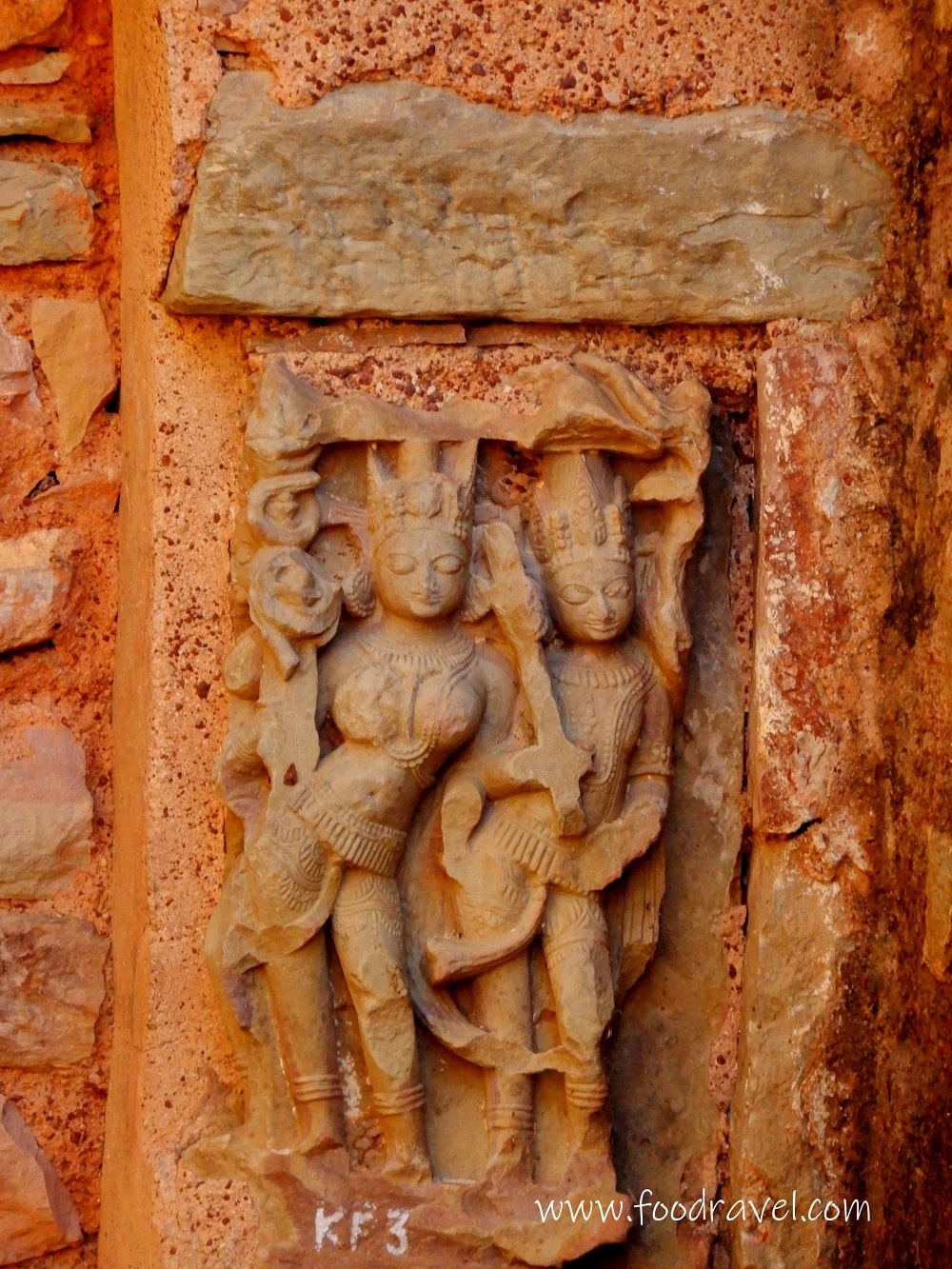 The structure somehow resembled Grecian Temples. We went inside the temple and the priest put a tilak on the forehead. The carvings and small caves were still intact and safe which was surprising for me. Traveling teaches a lot and opens eyes & minds for a wider perspective. Neelkanth Temple is architecturally beautiful and has been standing for over many years.