Trekking in Tosh: Walking from Tosh to Barshaini

After spending the morning in the lap of nature at Tosh, we finally decided to make our way back to Jari. We left the café and walked the same way we came here. We were coming down using that narrow stony path, surrounded by trees and flowers. There were water pipes, probably for the cafés which were on the top of the hills. While we were coming down, I saw some wooden houses locked, in bad condition. And the signboard read that they used to be cafés some time back. It wasn’t that much easy to come down too from that height, so we took rest for a while on the way. We were all set for trekking in Tosh, on the hilly roads, climbing in the mountains. I was so excited about it. Like the last time, I had real trekking was years back in my childhood. And when you are in Tosh, and you didn’t do trekking in Tosh, you missed an amazing part of your trip. 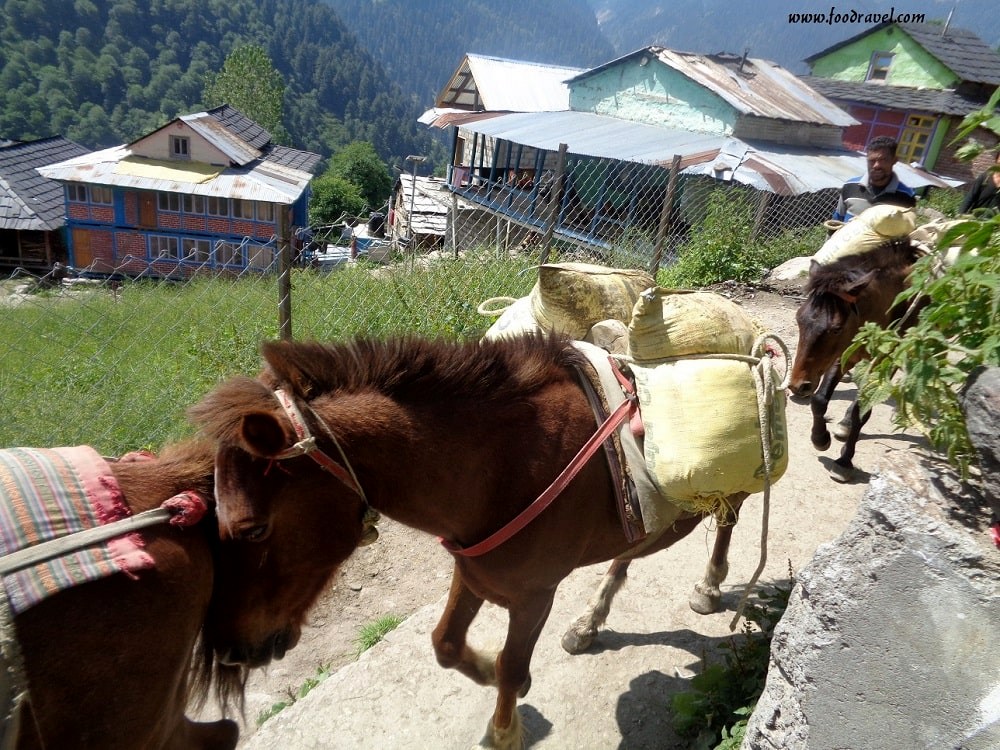 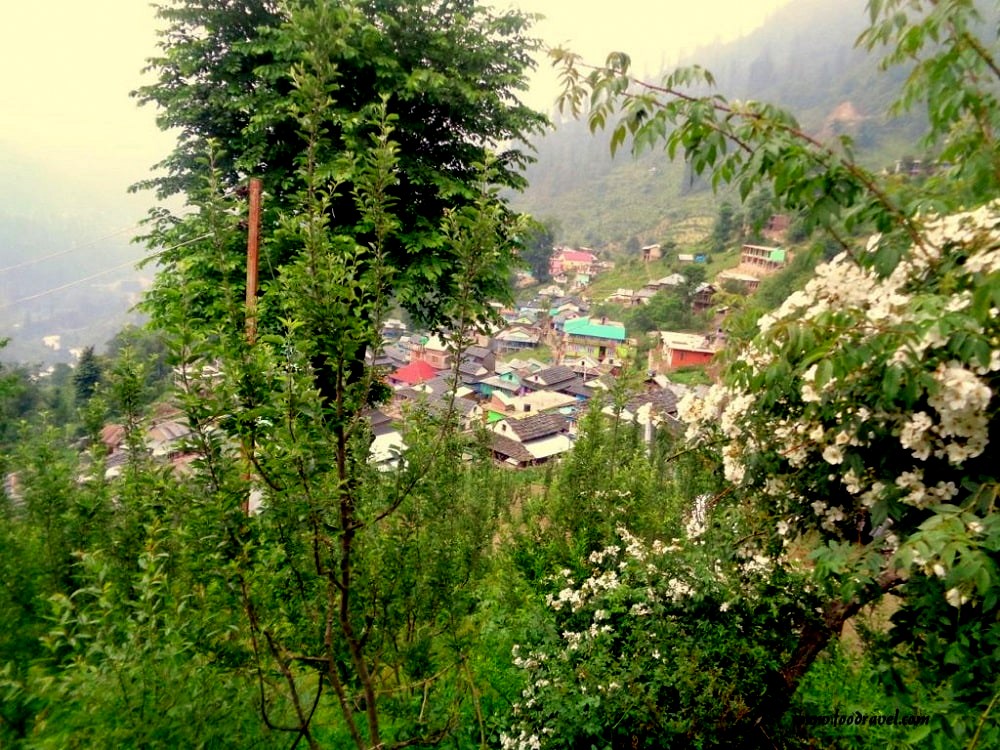 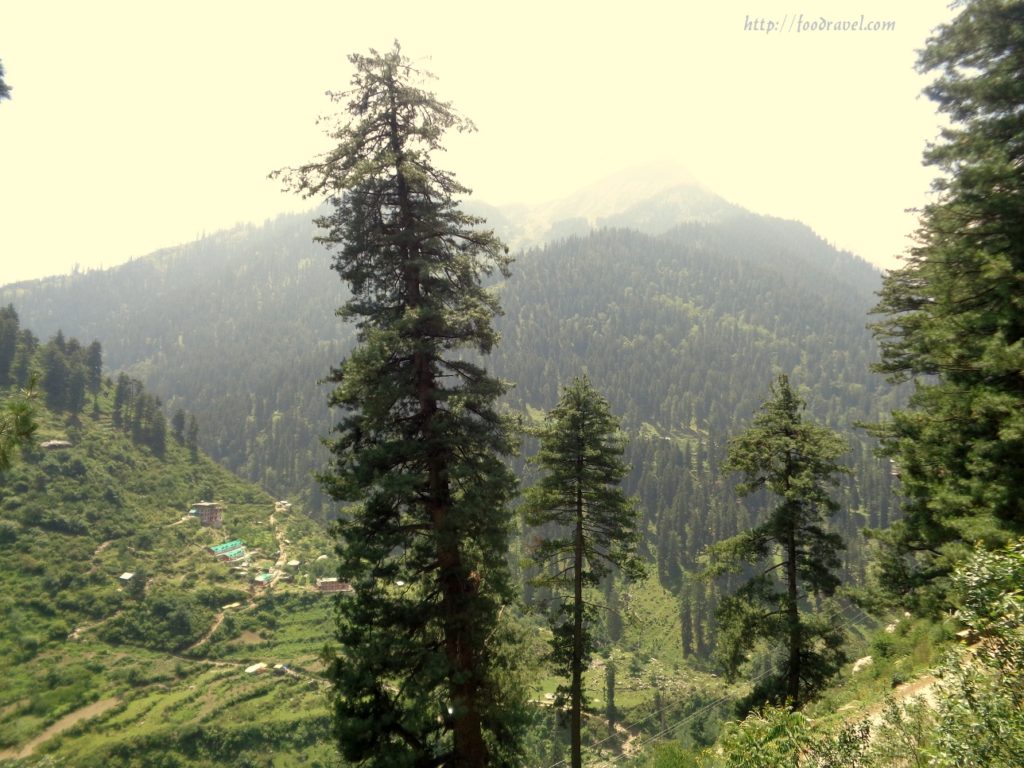 A Walk to Remember: Trekking in Tosh Valley

While we were on our way back, we came across so many beautiful things of village life. We reached the main point from where we could get a cab to Barshaini. We got some pics clicked and did some fun on the way.  Barshaini is not so far from Tosh. It must be 2 KM to 3 KM and one can easily reach Barshaini from Tosh just by trekking. There’s this straight road and just follow it. And we did the same. We decided to walk to Barshaini on foot from Tosh. It was the same way we came in the cab. Alex planned to trek in Tosh and we all agreed.  Traveling this way is such an amazing experience. 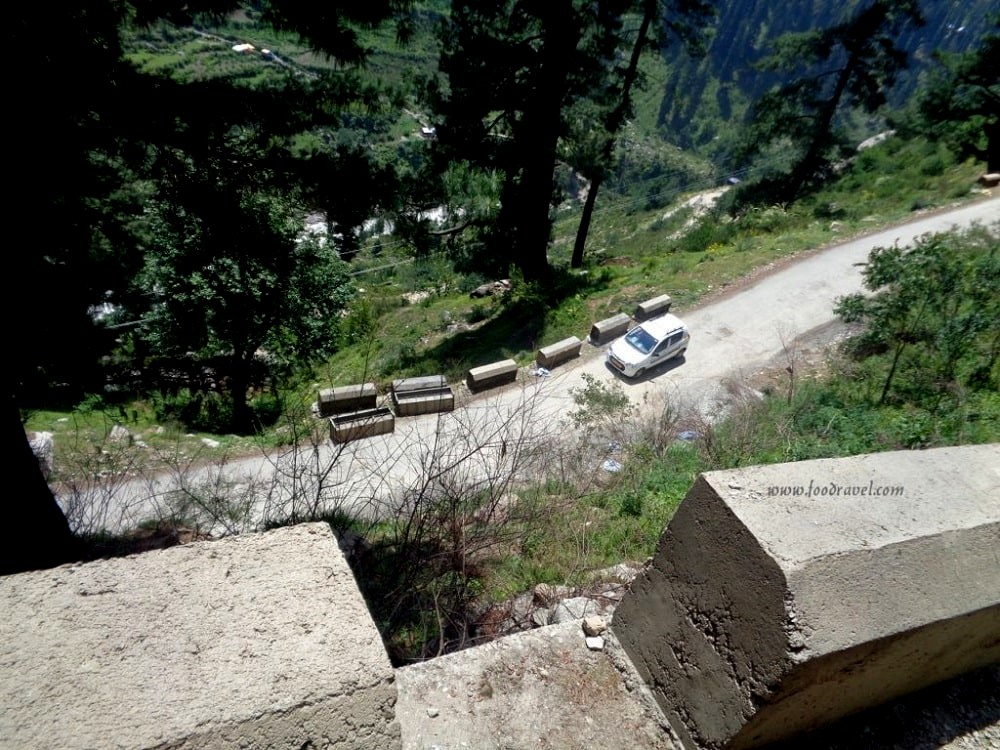 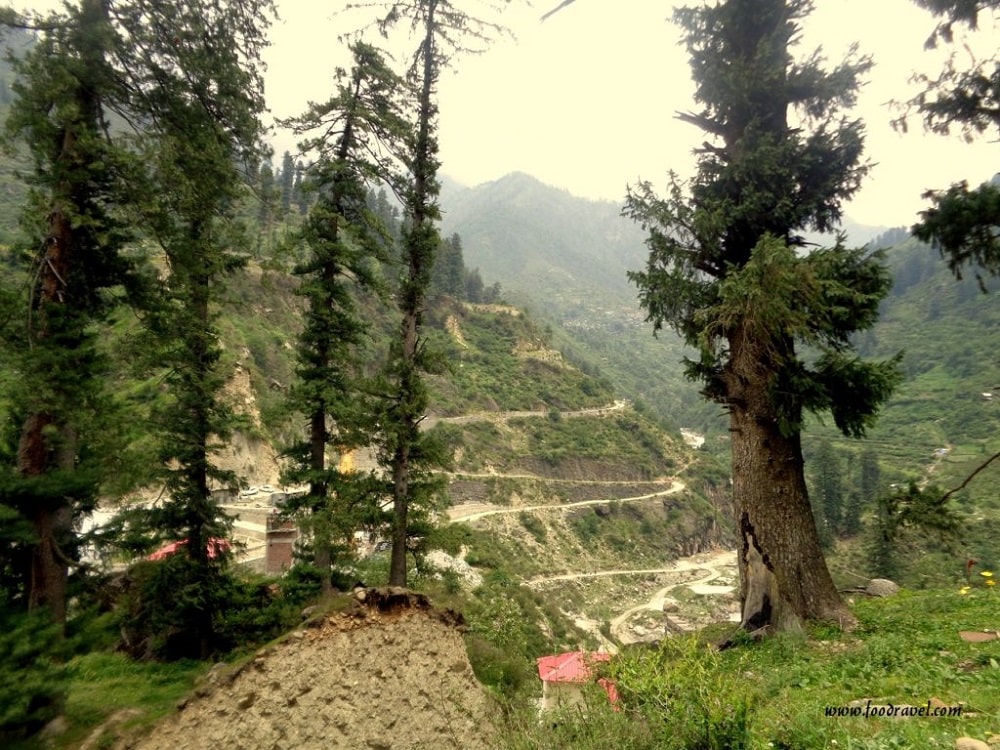 So after having some snaps on the way, the army started to trek down. We packed ourselves with water, snacks, and started walking. The way which was surrounded by hills from one side and valley the other was all so serene that a nature lover like me would have loved to stay there forever. Truly speaking, it was so peaceful. It was full of purity and bliss. Though trekking isn’t so easy that too, but yes it’s full of adventure. And as I already said, if you didn’t do trekking in Tosh, you missed a wonderful adventure. That spiral way was wonderful. We saw people coming and going on the way, some were trekking, some were in cars, and some were on bikes. 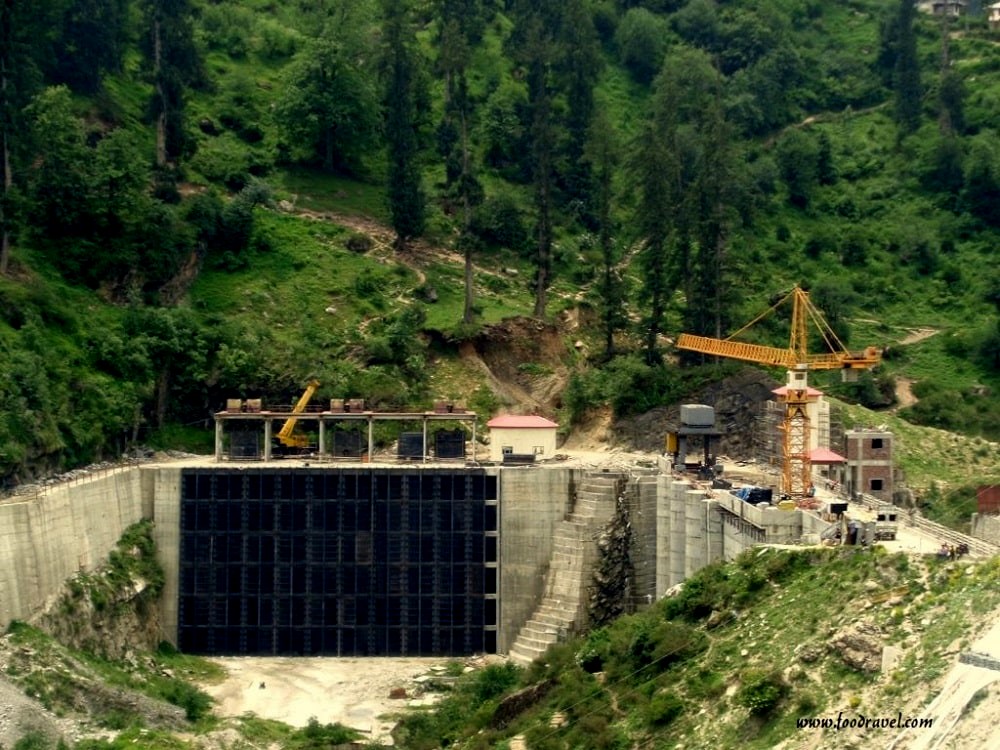 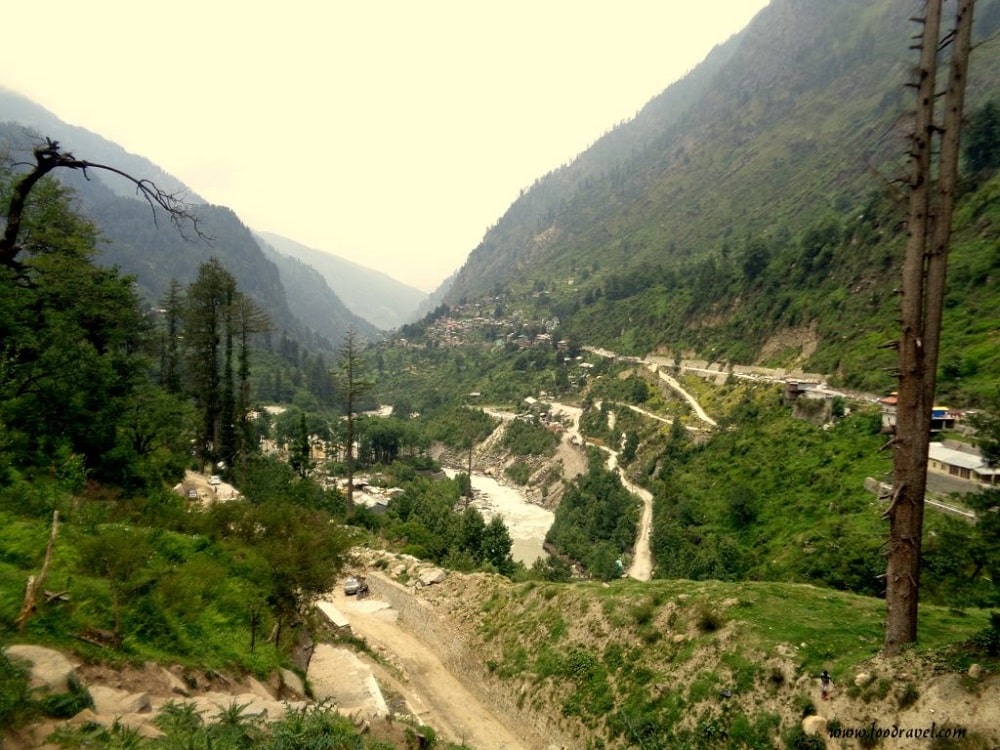 After trekking a couple of hours, we finally reached Barshaini. There’s a dam, some hydropower project I guess. And from here, starts the way to Kheerganga trekking. Among famous adventure activities to do in Kasol, Kheerganga Trekking attracts tourists from everywhere. Even foreigners too come for trekking to Kheerganga. From that dam, we took our way to Kalga, a small village on the top of the hill. So, there was a hill before us and we had to climb it. We already had walked to Barshaini from Tosh and we were tired, exhausted. We asked people there if there was a café nearby to sit and rest. We were told that there was a café at the top. But this time, climbing that height was a challenge as we already were out of energy. But still, after taking catching enough breath, we started climbing. I was leading in front. It was just halfway and I sat down on a big stone. Tired and panting, I got sweats. After taking some rest for minutes, I started back again. And after some struggle, we made it to the café. I have forgotten the name of this café. There were some foreigners and some Indians. I felt like sleeping. I washed my face and felt some refreshed. 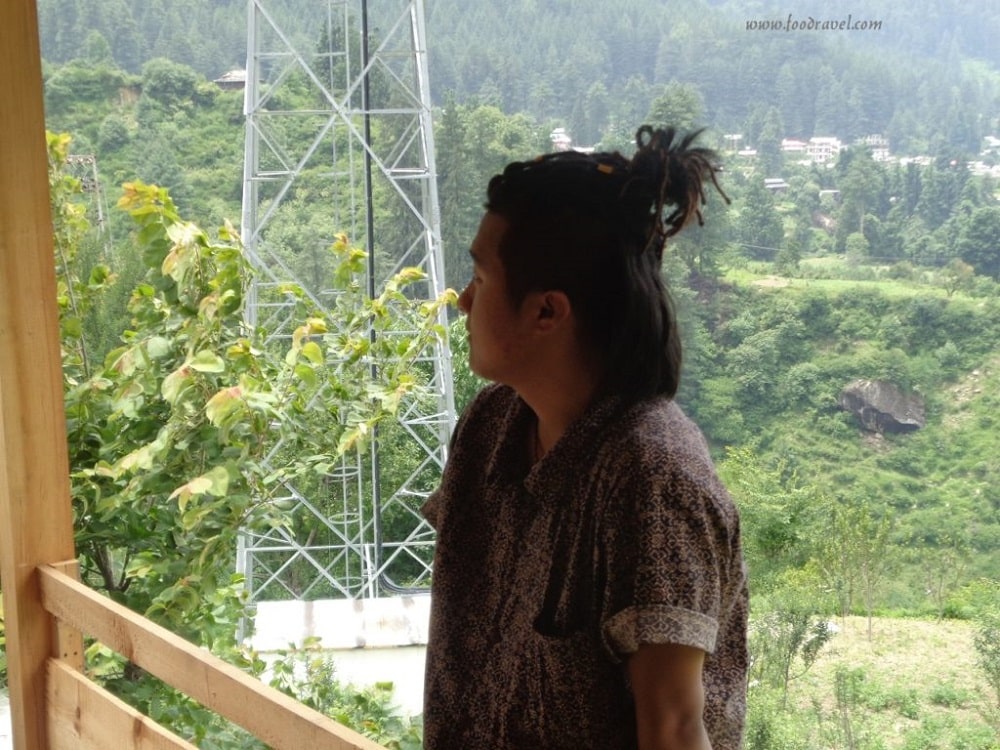 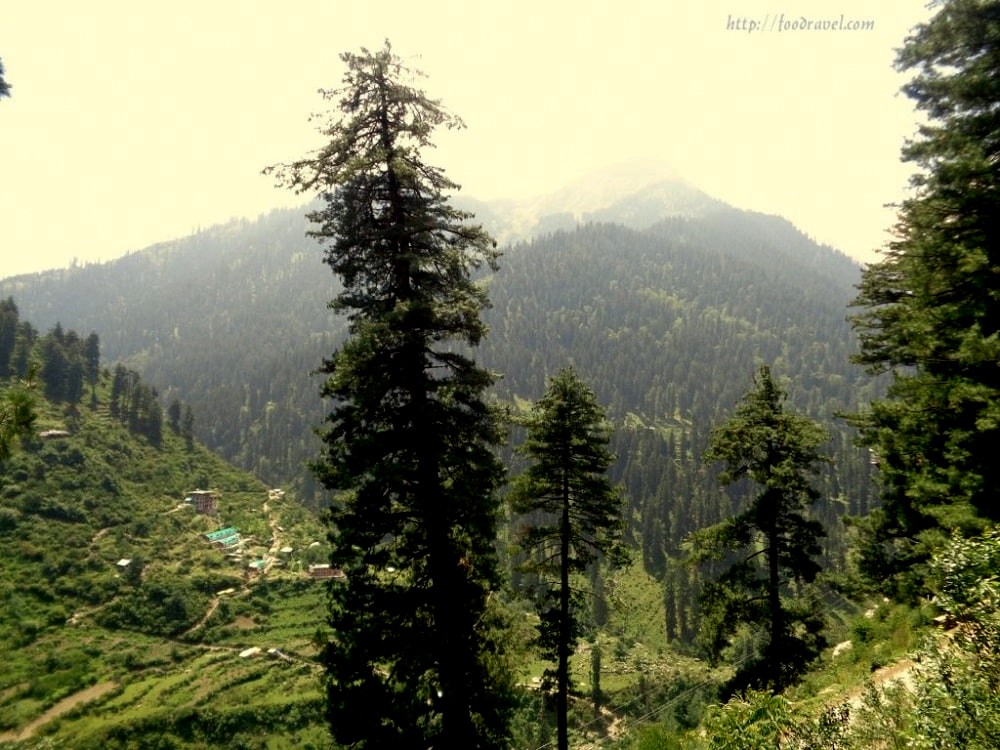 We sat inside and I lay down on the mat. The view outside was awesome. Hills covered by thick vegetation. This was the only café there. Thus was a little crowded. Hies found a small guitar there. He picked it started playing. He played some songs. Meanwhile, we ordered our food. I ordered aloo parantha, that’s all I remember. After spending some time there, we came out. The place outside was so tranquility serene and peaceful, that everyone just wanted to fly like birds in the vast open sky. The blue sky and thick green lush vegetation were all visible, soothing our eyes.  After staying there for a couple of hours, we started our trekking back again. We came down from the hill. We were all planned to go to Kheerganga trekking, but we had to drop the plan due to some unforeseen reasons. 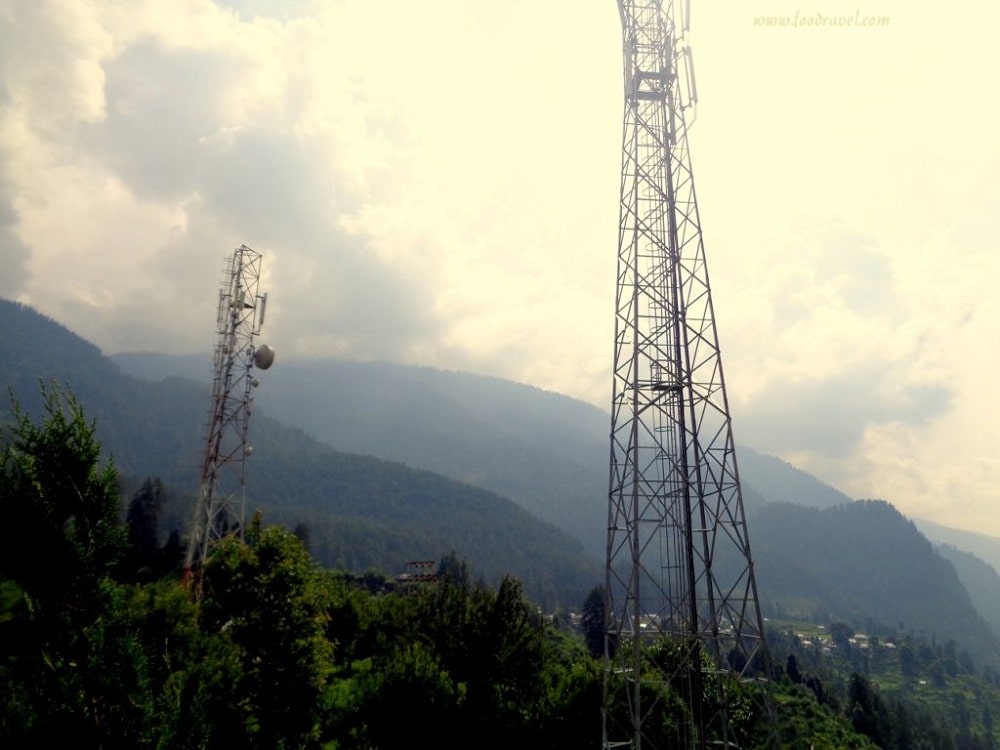 From Barshaini to Kasol

We reached the main point of Barshaini from where we could get cabs. The place was a little crowded. There were a lot of tourist people like us. I searched the cab office and asked him for a cab. The charges were Rs. 1100 per cab. We were only six. So it wasn’t a good deal to spend this amount of money. Thus I came out and talked with my team. They too had the same thoughts. While we were standing and talking, I heard a boy and a girl talking the same. They were only two and they too had to go to Kasol. So I asked them to join us. He, Abhishek, an engineering student, got ready for my offer and his friend too. One more guy there joined us and now we were nine. Finally, we made the deal and booked the cab in Rs. 1100. We could have gone by bus, but there was no but at that time and we were getting late. Thus, booking a cab was the only option. But, one should always plan for cost reduction as it saves money which can be used somewhere else. The driver was fast. We enjoyed the bumpy ride and reached Kasol in just a few hours.