Moments in Tosh – In the Lap of the Misty Nature

We finally made it to Tosh in the evening. When I saw the village from outside, my first reaction was ‘wow!’ I mean this place has a real natural beauty which I have been searching so far. The village is small and located on hills. There are so many house stays and restaurants round the year people keep visiting this place. For entering the village, we just had to cross a small bridge and we were in the village. The first thing I found there was a small café, at the very beginning of the village. All I wanted to do there was to click pictures as many as my camera could at that time. My camera was running out of battery and I didn’t want to use my mobile phone there. The breathtaking view of this small village caught me staring at its natural beauty for a long time. This was the beginning of my moments in Tosh, the first experience of my life. 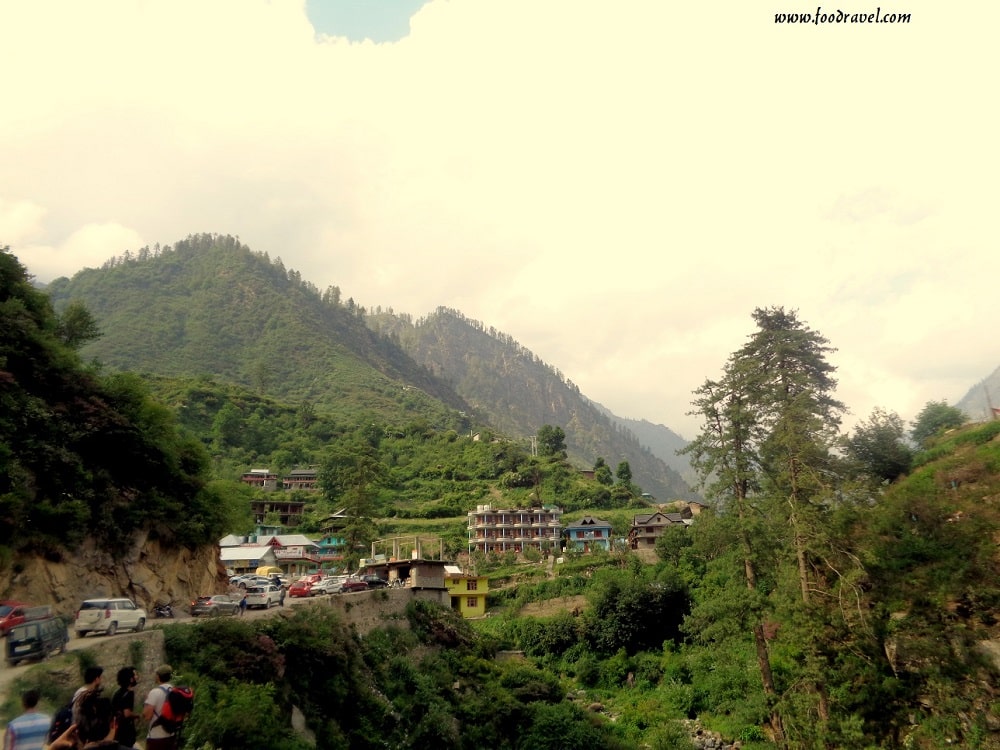 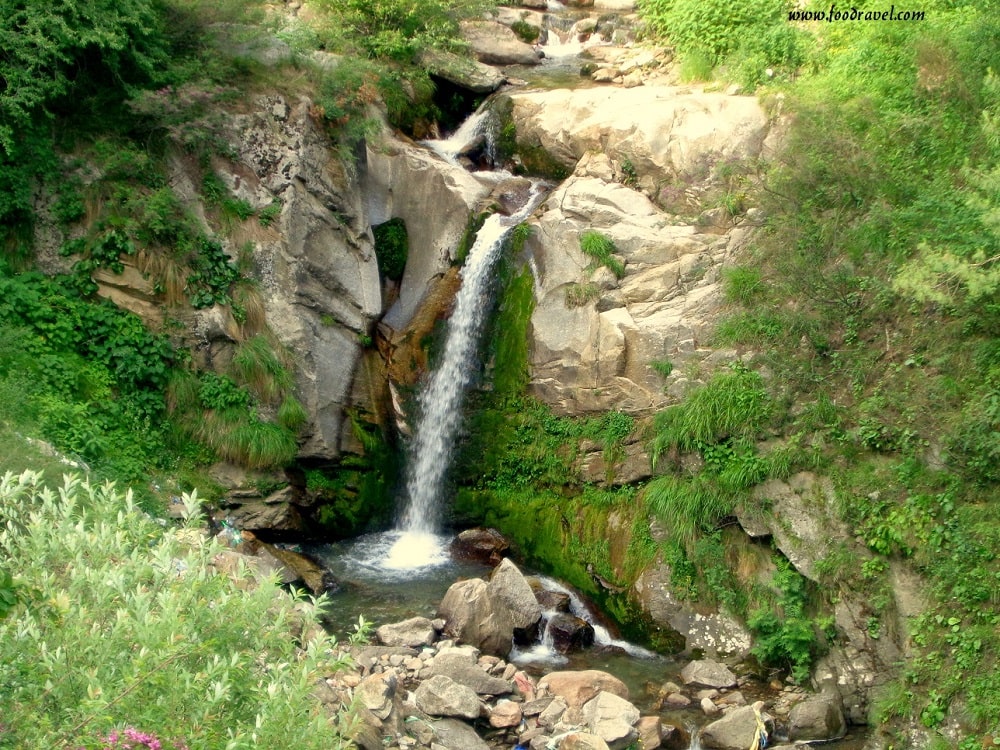 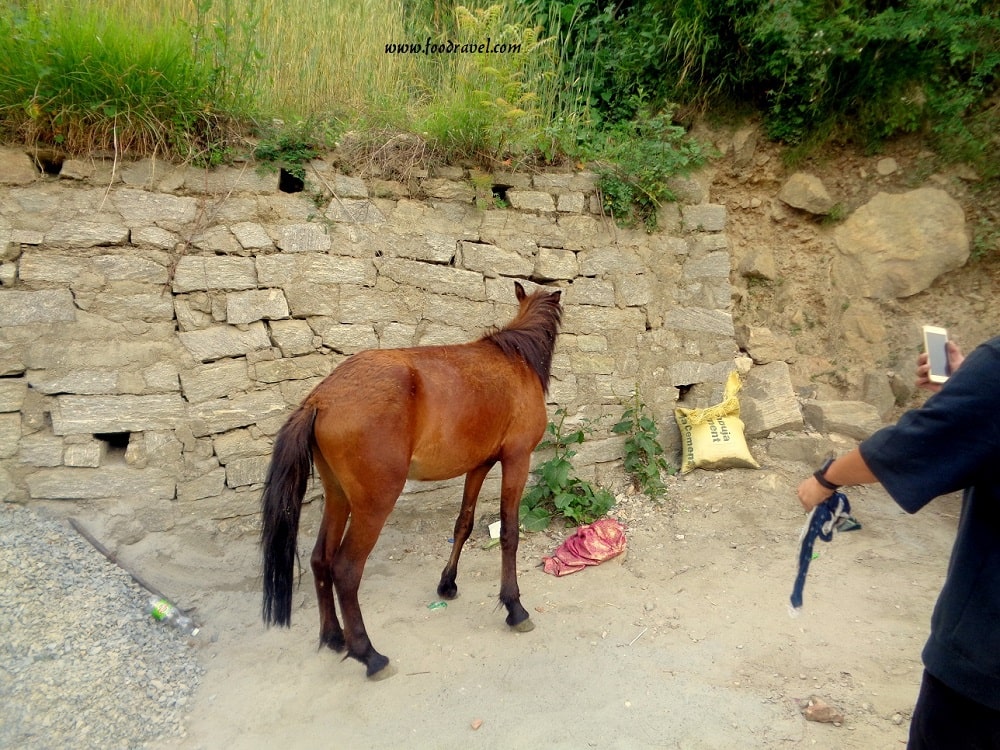 Way to the Lap of Nature: My First Moments in Tosh

When we stepped on the small bridge, which was the gateway to Tosh, one word my heart was chanting was “supercalifragilisticexpialidocious.” A river flowing, mountain tops covered with snow, green lush everywhere (alpine trees), birds flying in the clear sky, a small village which is calm and serene and animals, a boy like me doesn’t need anything else more than this. The picturesque views of this village captured my soul. I was so tired of breathing in the polluted air. Here, the air is so clean and pure. The spectacular village was set on hills and we walked through the narrow street, which I found was the only one there. I saw the life was so simple and so beautiful. Every morning when you get up, you get to see the magnificent view of the natural beauty. This is the best thing to live the moments in Tosh. 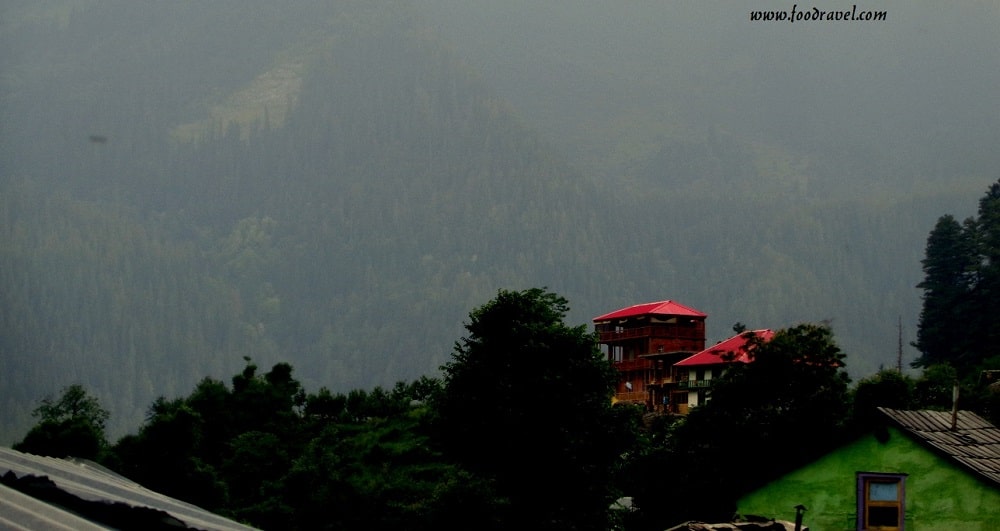 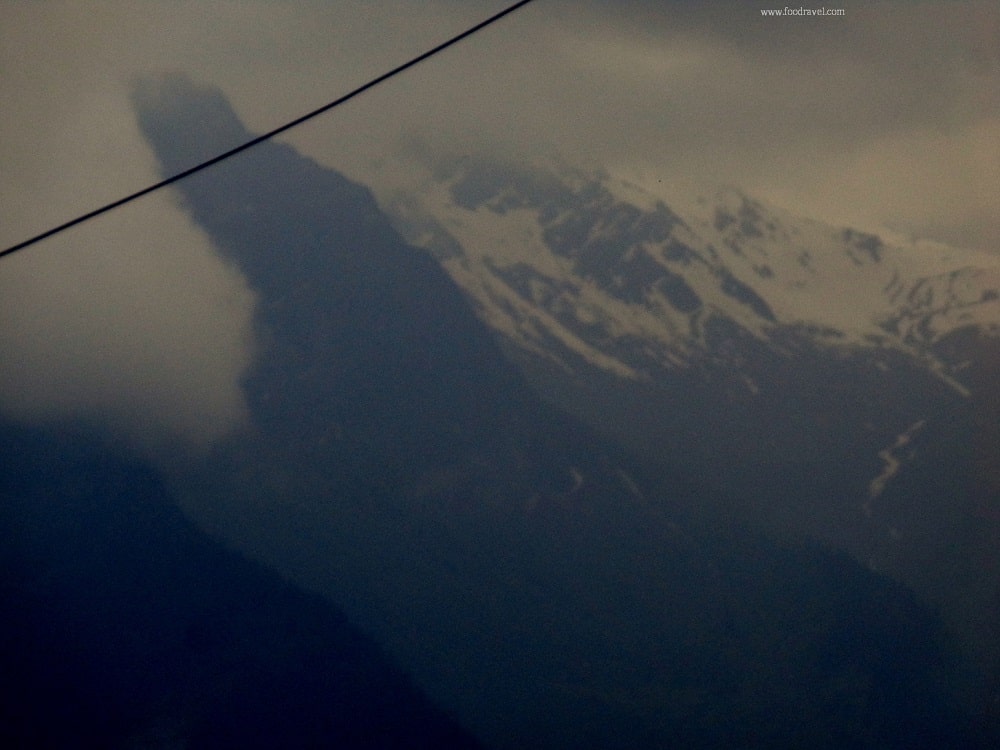 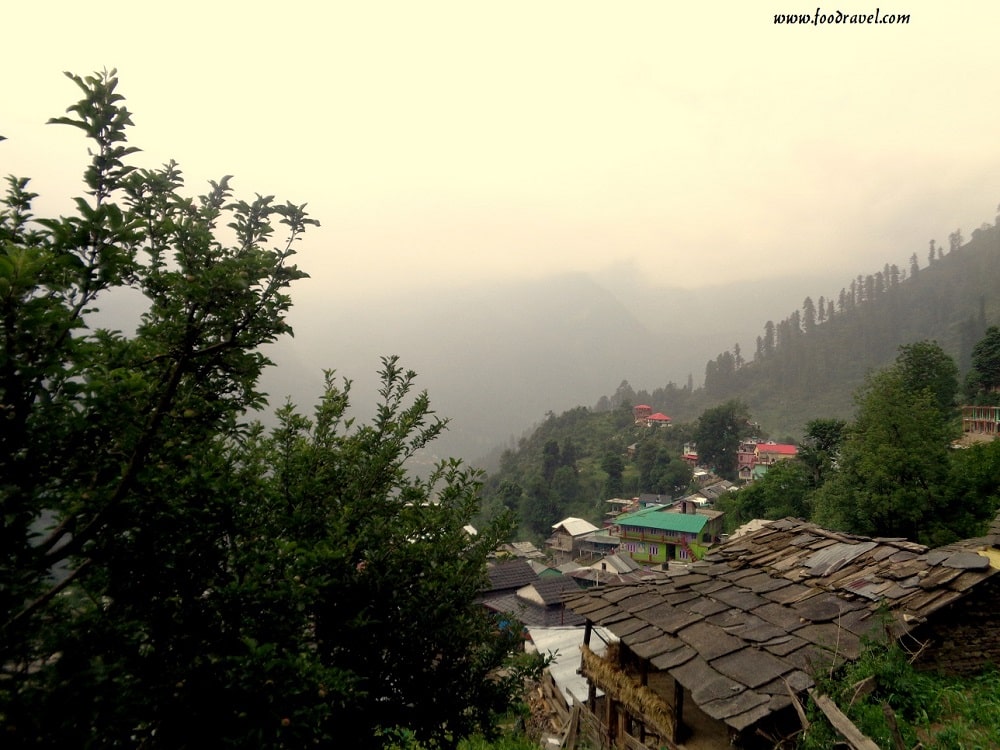 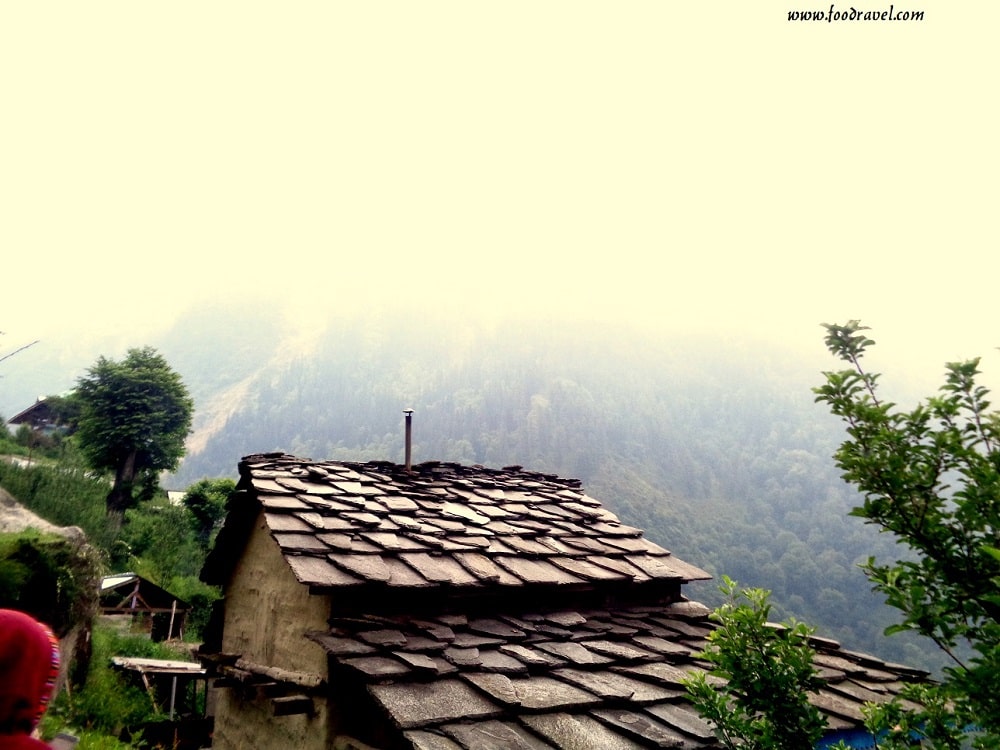 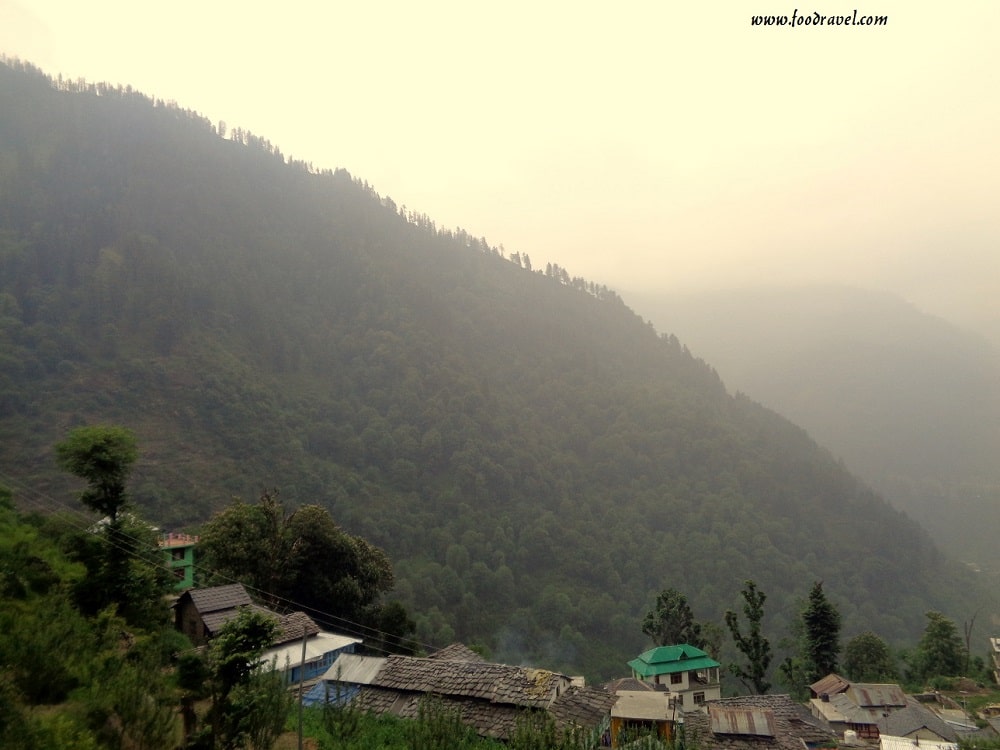 Moments in Tosh Spent in Cafés

After walking, we felt like eating. So we stopped at a small café on the way. It was a place with three to four tables with canopy. Smalls kids were playing around and a dog was dozing nearby us. We placed our orders. Maggie and momos are very famous in such places and they are mostly the side dishes in every meal. The moments in Tosh were both beautiful and delicious as well. At this restaurant, we ordered momos, Maggie, veg noodles and I don’t remember what Alex ordered (I’m sure something non – veg which I don’t eat). And yes Thukpa as well. Thukpa was something I tried for the first time and I couldn’t appreciate its taste that much. But the momos and veg noodles were toothsome. While we were having our meal, it started to drizzle. The weather turned pleasant; no doubt it is always pleasant there. The reason behind spending moments in Tosh was to explore the beauty of this place which as no match. 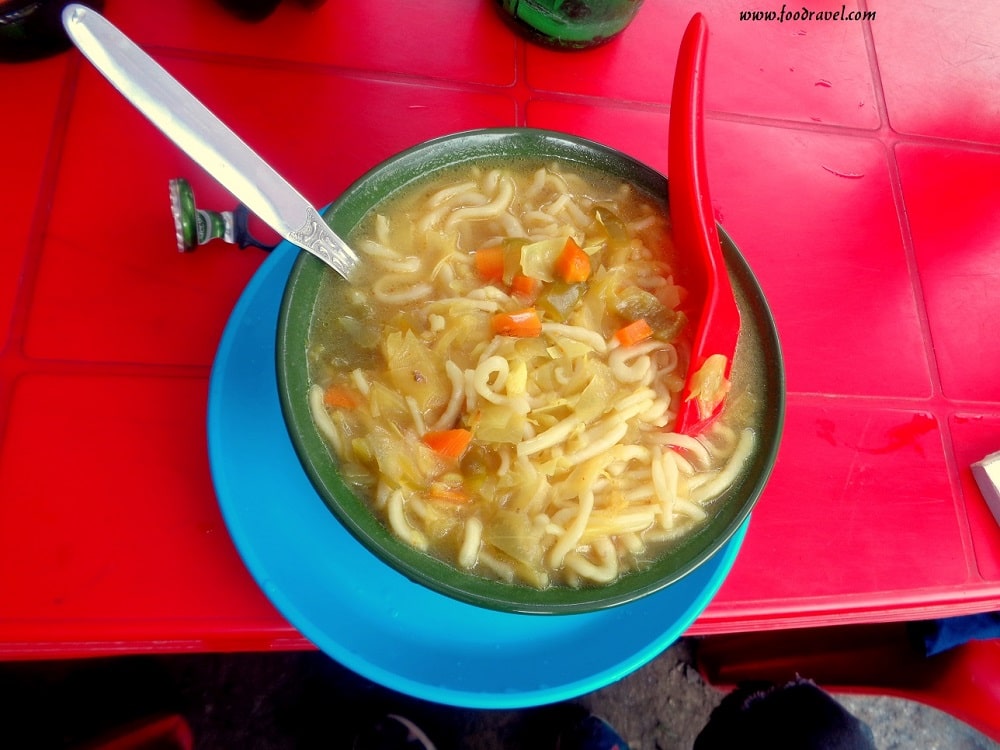 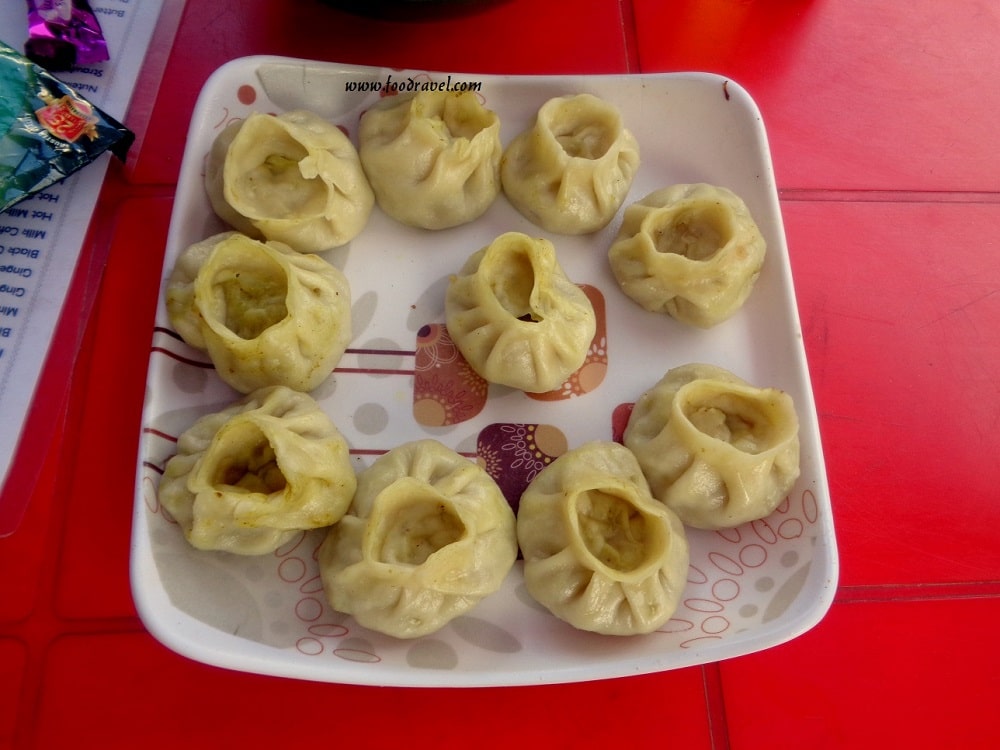 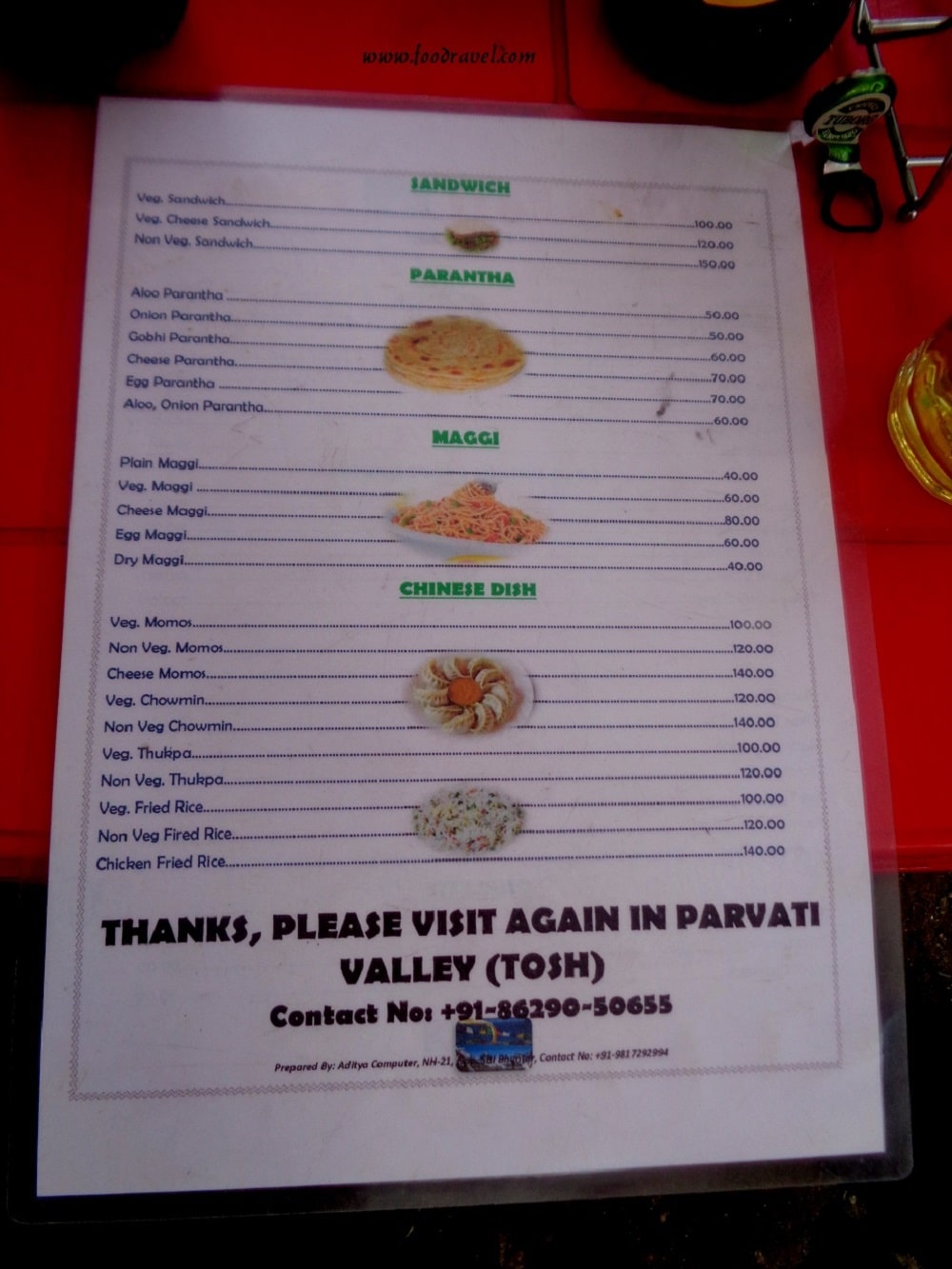 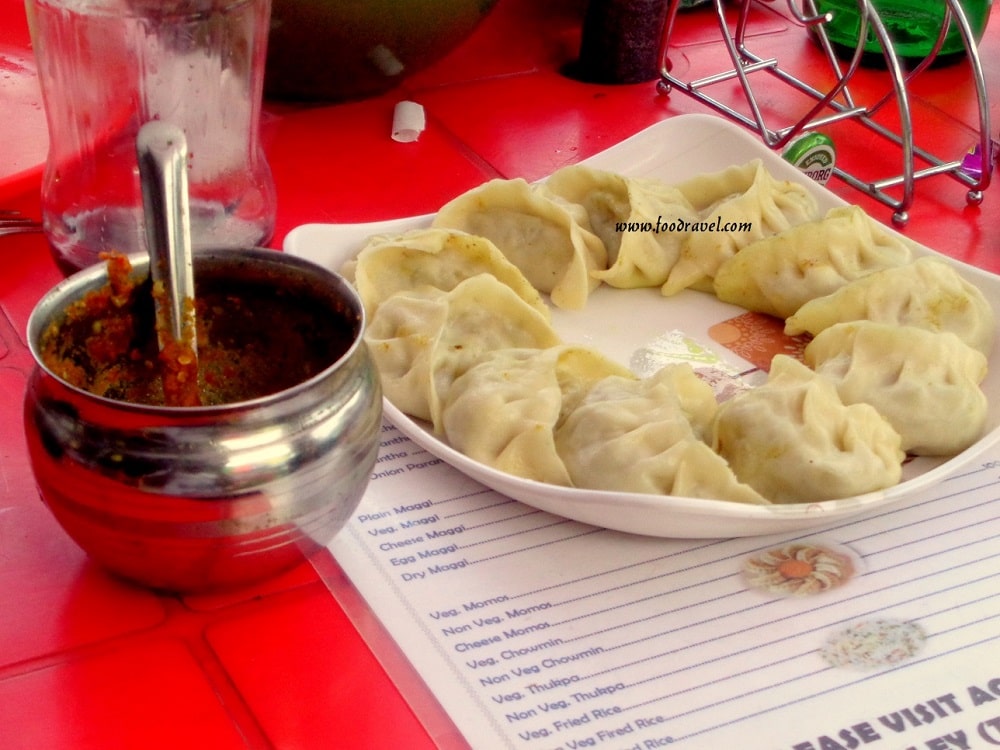 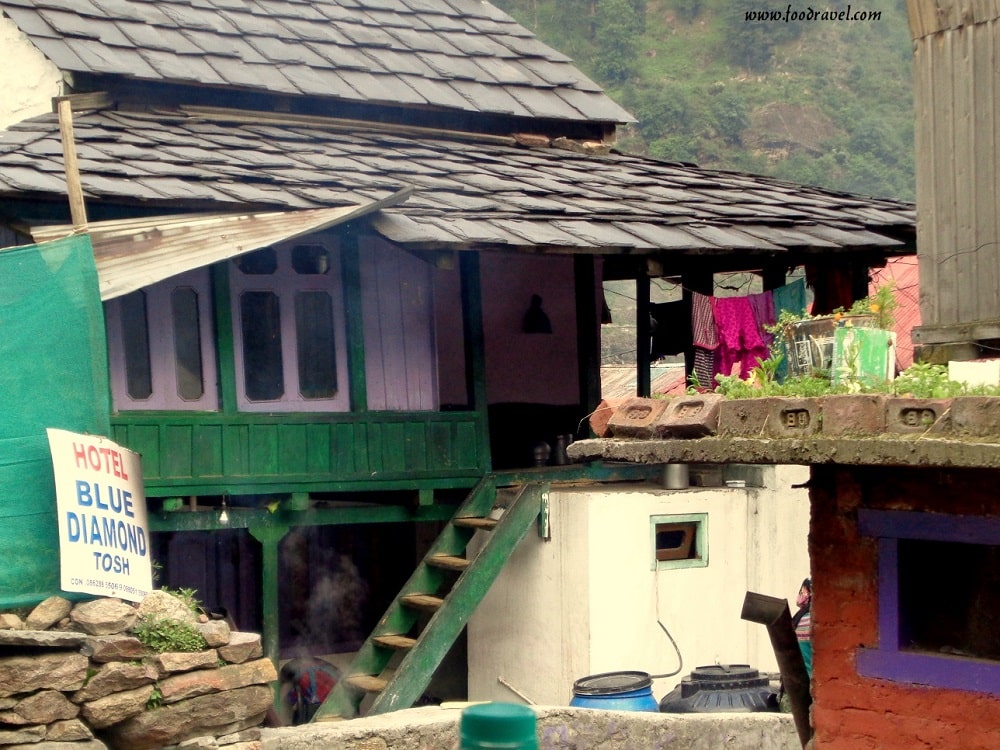 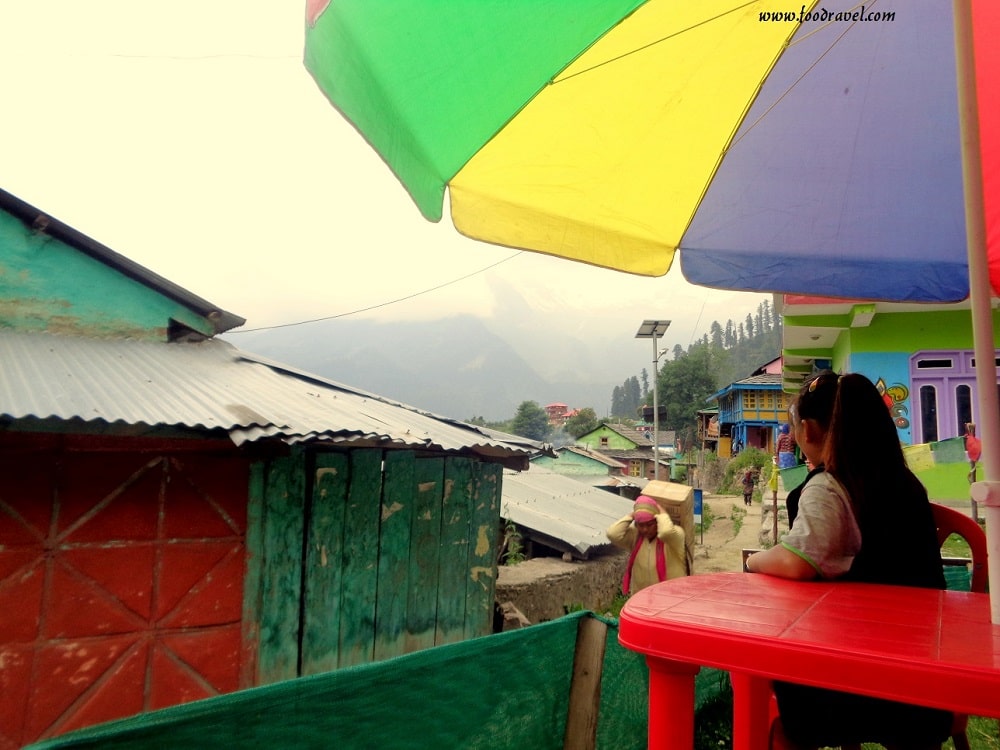 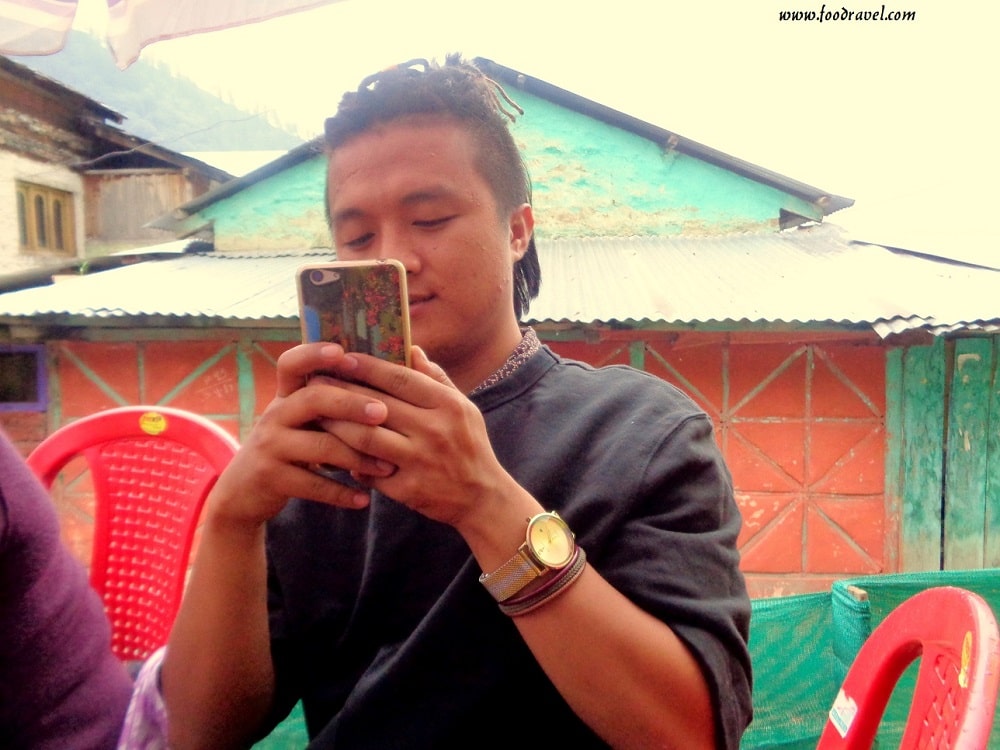 After having something light in our stomach, we moved from here. We kept on walking on the way there. I saw people carrying things on their shoulders and back. I saw women with buckets on their shoulders working on a small farm like lands. They had cows, buffaloes, mules, and horses. Most of the part I saw was all cafés, restaurants, and homestays for tourists. There were special cafés for Germans and Italian which means they frequently visit this place. We kept on climbing the way up to the hill. It seemed that the native people had made through the hills, as there were many restaurants wherever you see. 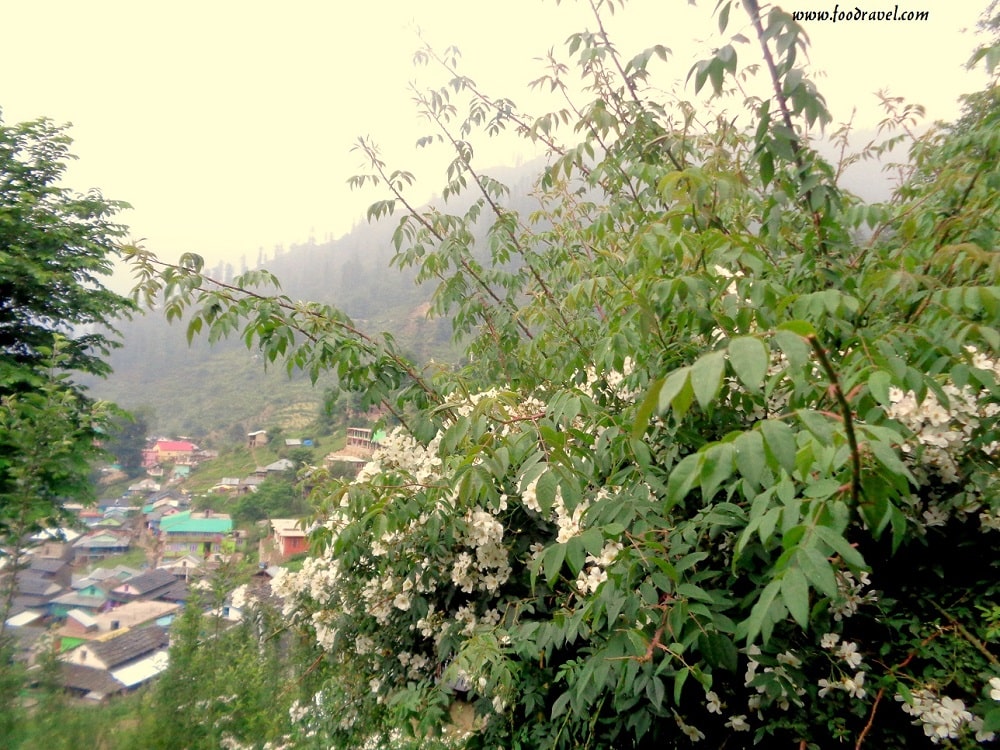 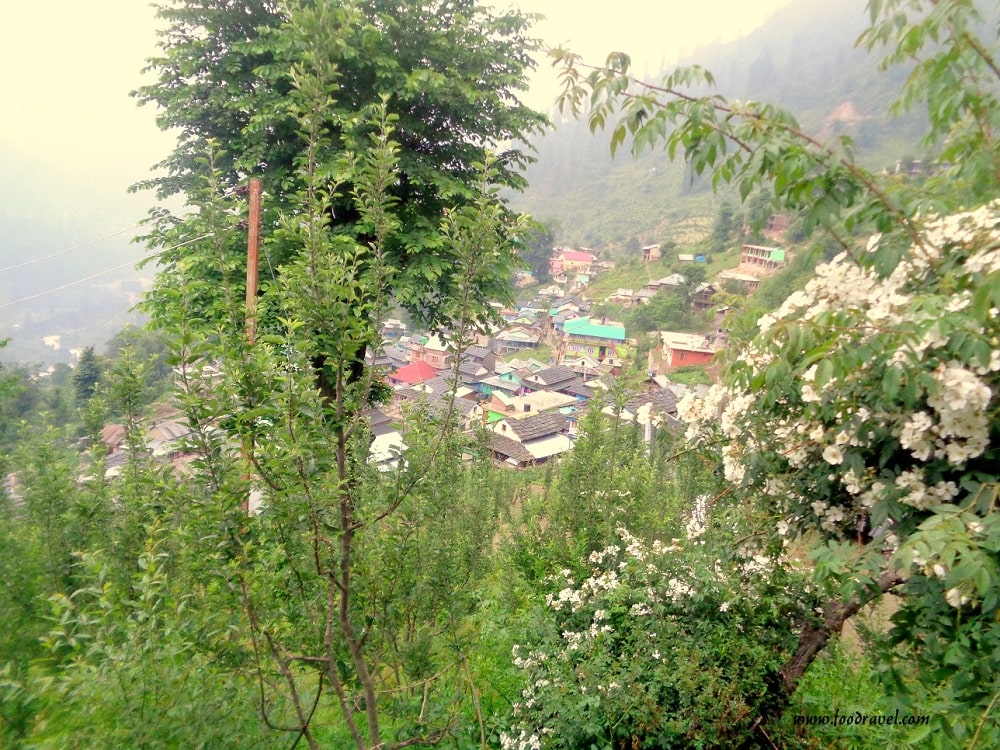 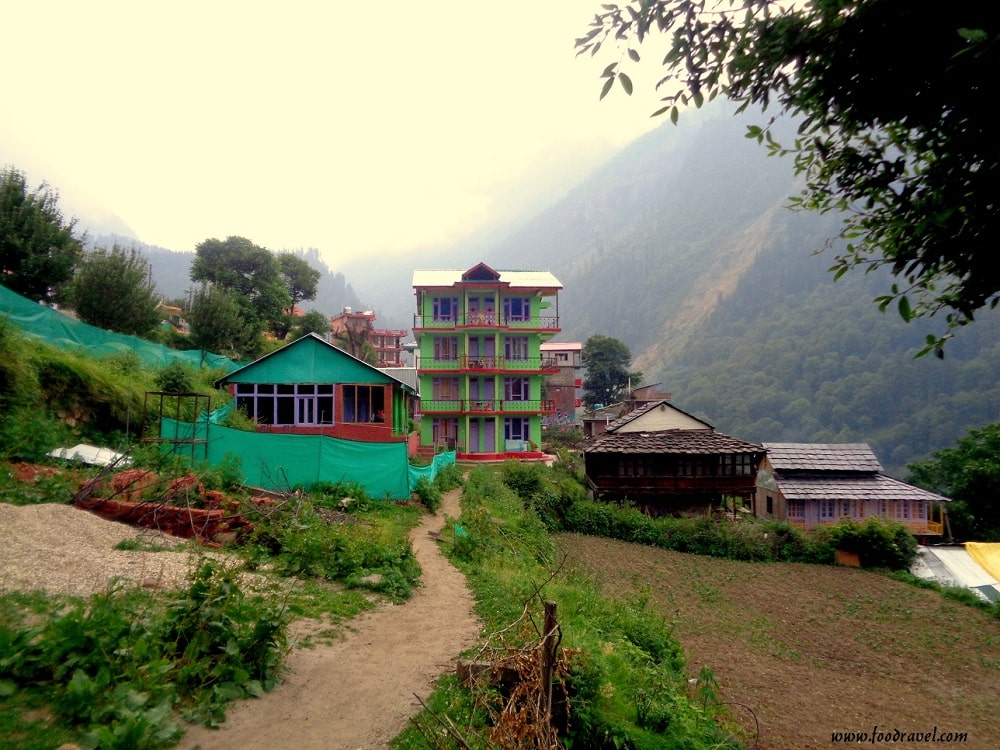 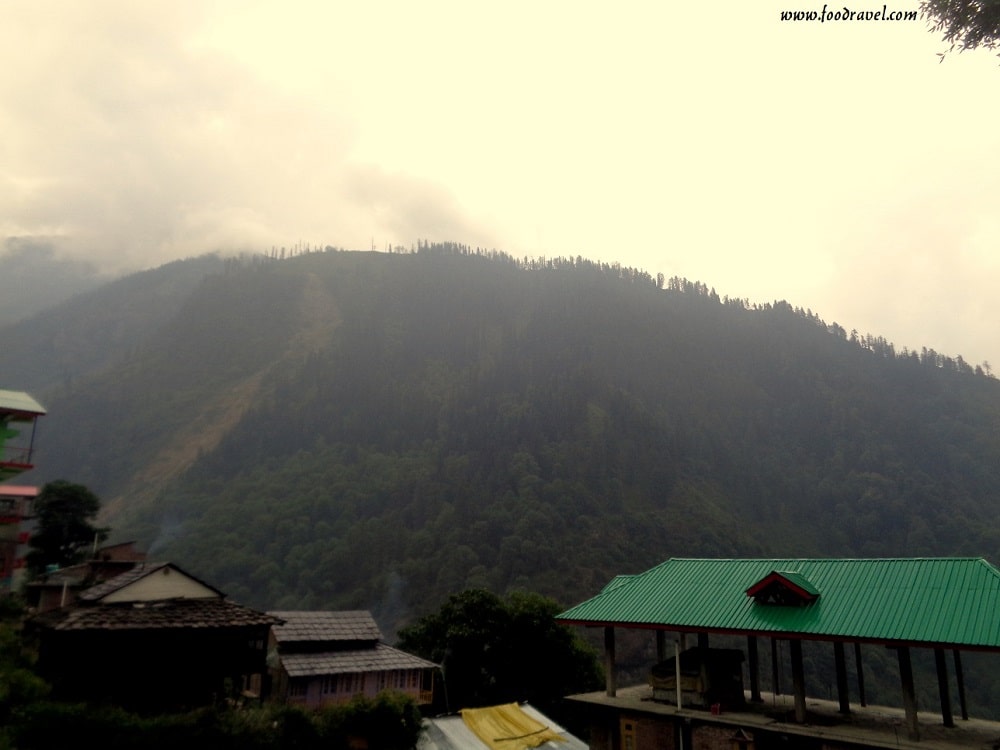 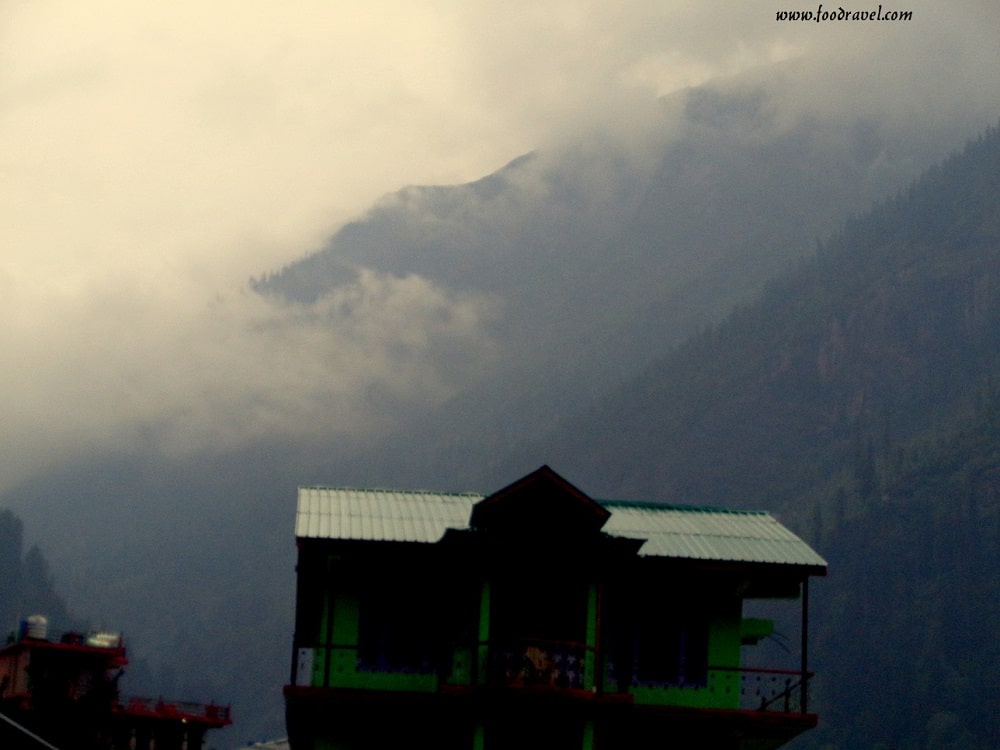 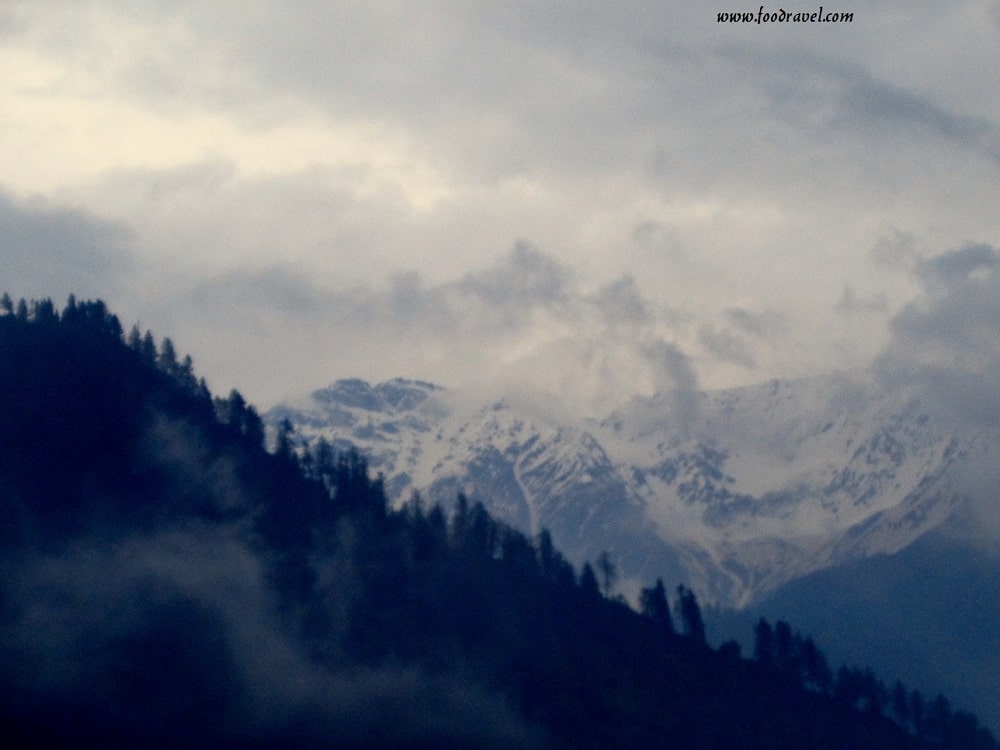 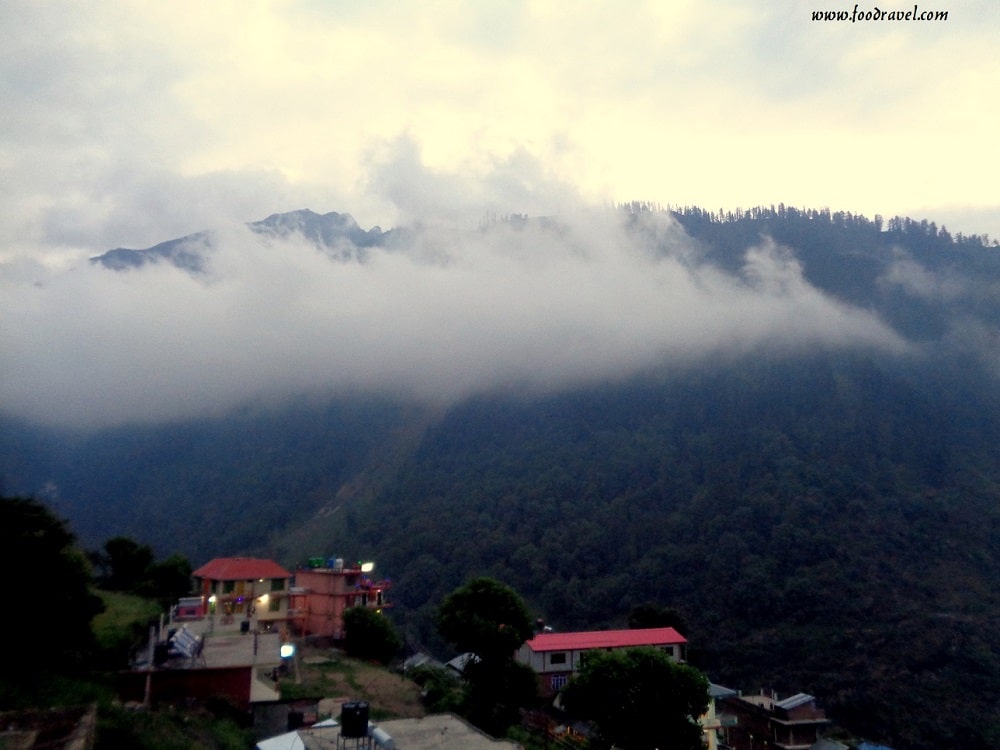 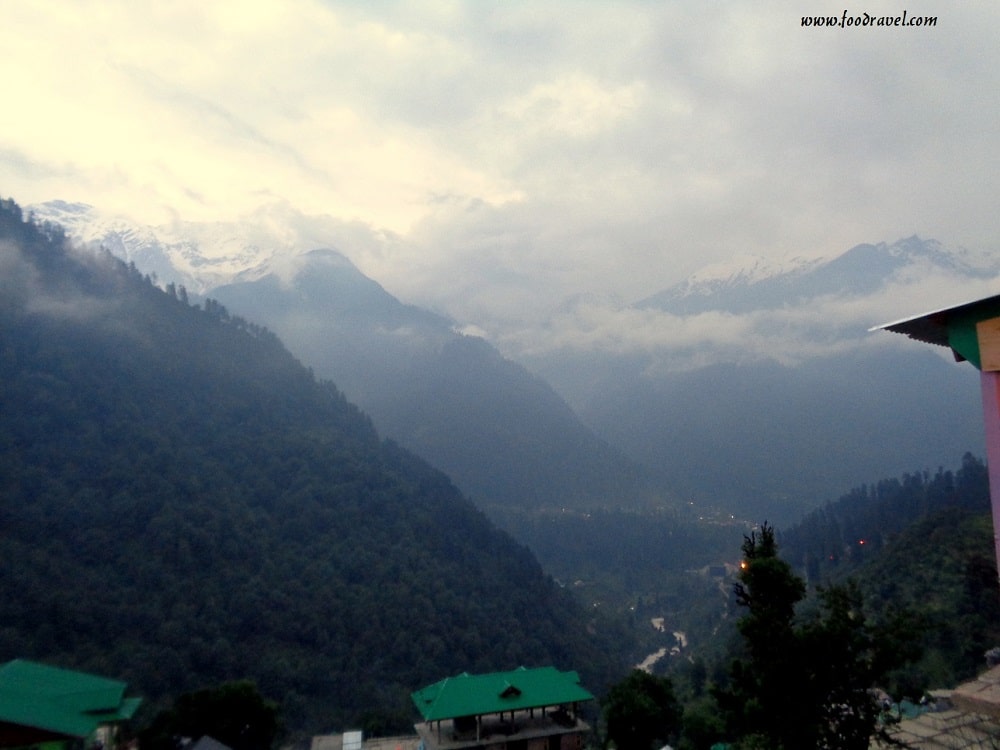 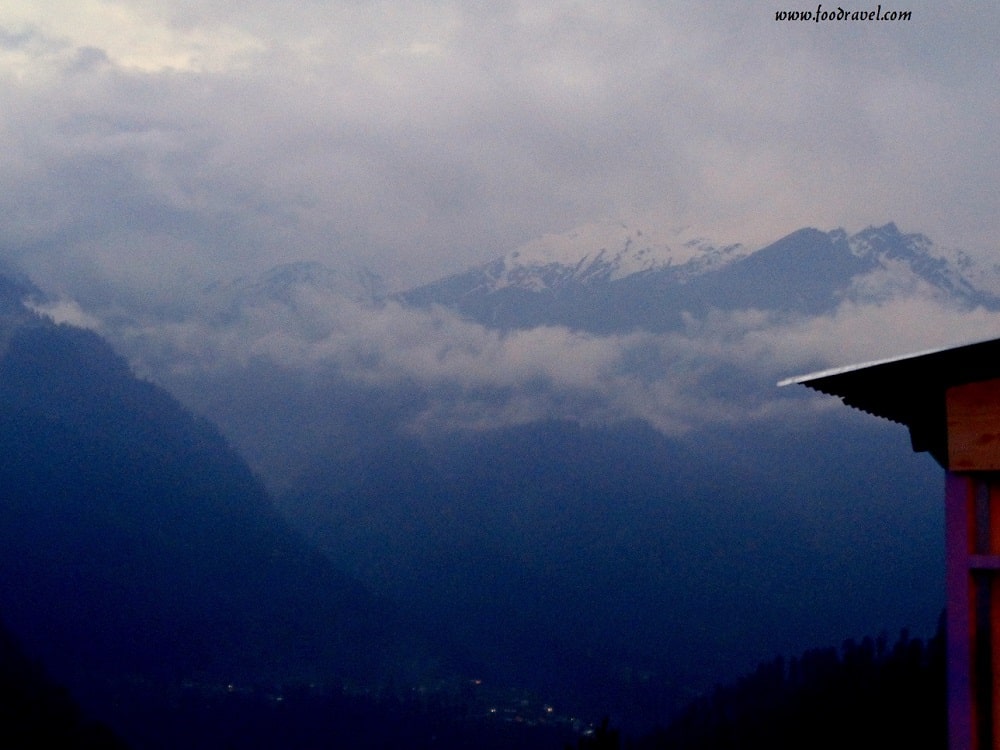 We continued climbing up and saw a café. There we planned to stay for a while, as girls were all tired. This place was Pink Floyd Café. I told Alex that the place had got everything I needed. A place full of serenity, natural tranquility, sitting alone at some high altitude on any hill and listening to Pink Floyd, the moments in Tosh was worth living. This restaurant is famous because of its name Pink Floyd (if you don’t know, Pink Floyd is among the most successful bands in history). We went there and sat on the floor. Most of the cafés there had floor sitting arrangements which was good. One can stretch him/herself comfortably. Everyone ordered lemon tea, I didn’t (I don’t drink tea). So I got a glass of cold coffee.

The view from Pink Floyd was really thrilling. We could easily see the snow-capped mountains. However there was no snow on the ground, as it was not the season of snow, but the mountain peaks were all either green due to pines or white as of snow. While we were still in Pink Floyd Café, it started to get dark. When we left our hotel in Jari, we decided that we would come back the same day, but we got late in Tosh. I mean who wants to live in such a wonderful place. I just wanted to make the best of my moments in Tosh and I was working on it. I was trying to treasure all the memories of my moments in Tosh. 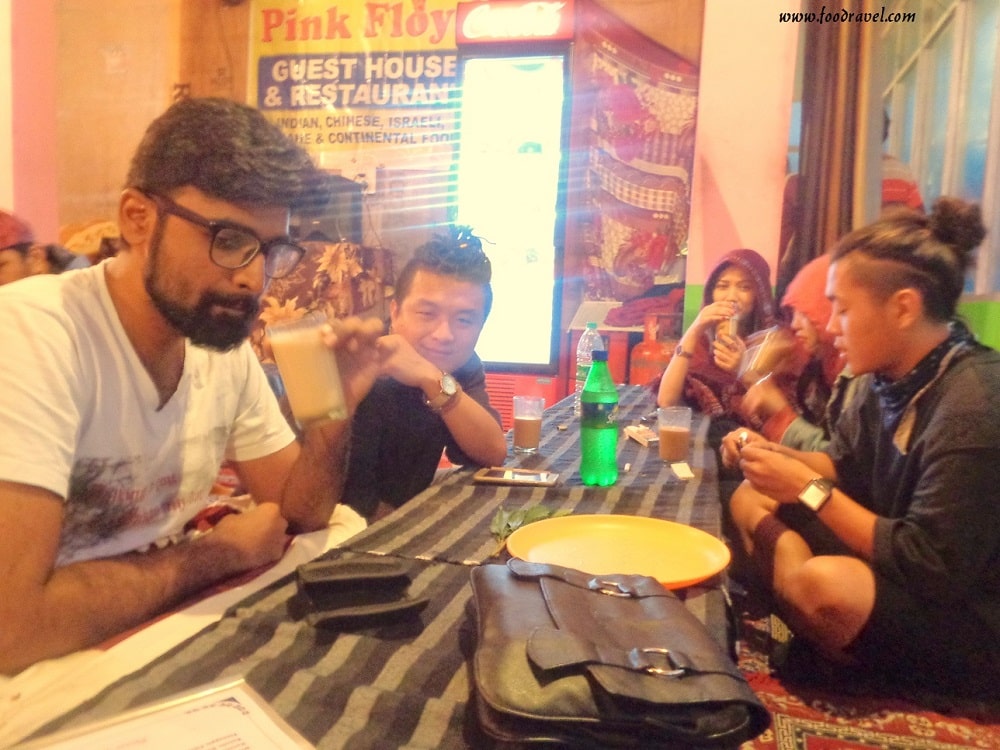 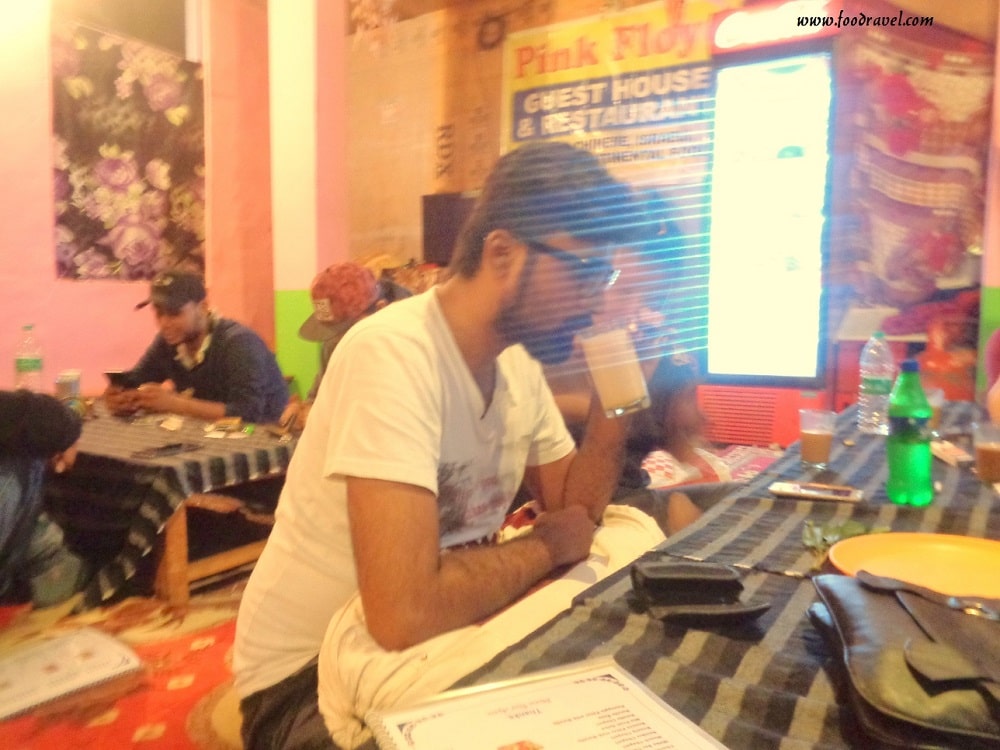 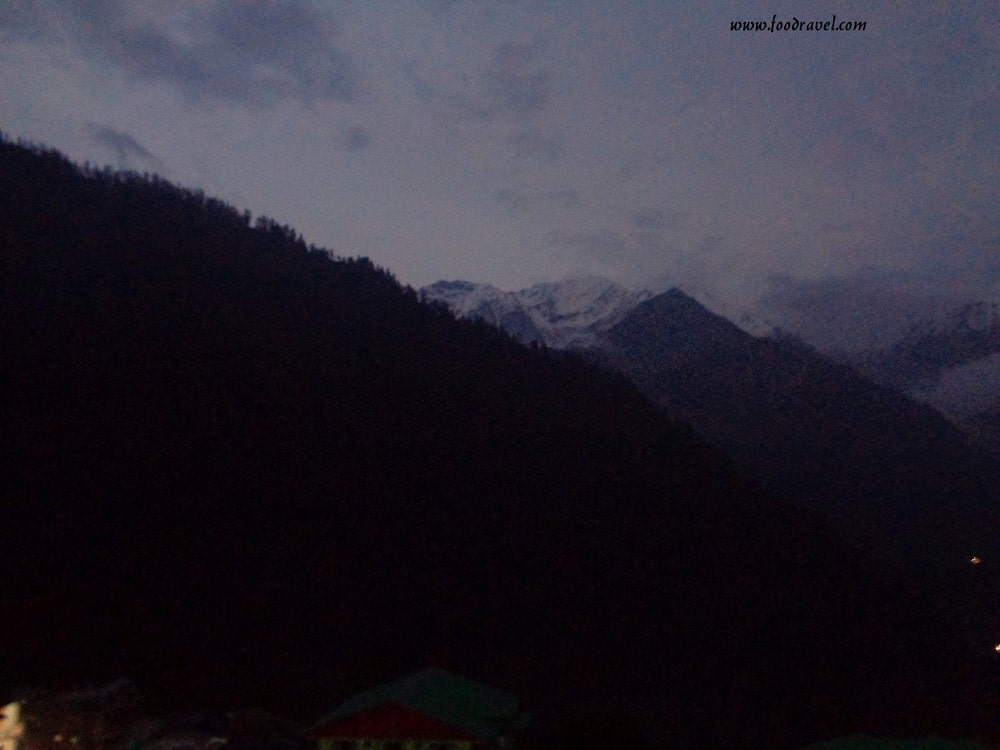 We asked the café folks if they had any room. But they were running totally booked. So, we left there. When we were climbing down from there, we saw another café on the way. We planned to have dinner there. The café was Blue Heaven. We sat there and made ourselves comfortable. We kept on talking, Alex asked the café guy to change the music so asked Alex to play songs from his own song. Alex placed his phone there and he played his songs. In between, I too played some songs from my playlists. The day turned dark and night spread everywhere around. The sky blue turned dark fluorescent blue. I could hear the sound of insects. I could hear the chirr, so crystal clear. It was so thrilling. It started to get colder too. Alex talked to the owner if we could get room to stay. But he too refused as he too had got all his rooms booked. So, Bhawani requested for the café area as it was all empty. She requested we would sleep there. So after convincing, he got agreed at Rs. 100 per individual. We were offered blankets. After an hour or so, we ordered dinner. We wanted to have a bonfire, but there was no arrangement otherwise. Had there been a bonfire, it could have glorified the moments in Tosh, adding to its beauty. After dinner and talking for long, we finally got inside and slept.