A Trip to Kasol – Mini Israel of India

So the summer vacations have started in June and everyone started to plan their vacations. Many of my known planned for Goa. When the time came for me to plan my trip, I had little confusion about where to go. But again, I usually don’t go for any hard planning for my trips. Most of the travel journeys are unplanned journeys, like the one I did to Kathmandu. But still, the concern was deciding the budget and accommodation. Finally, I pointed Kasol and McLeod Ganj on the map. Later on, I dropped the plan for McLeod Ganj and only fixed Kasol. I decided on my budget and decided the day (the very next day) for my random trip to Kasol. I have always dreamed of visiting Kasol as it was among my favorite destinations to visit alone. 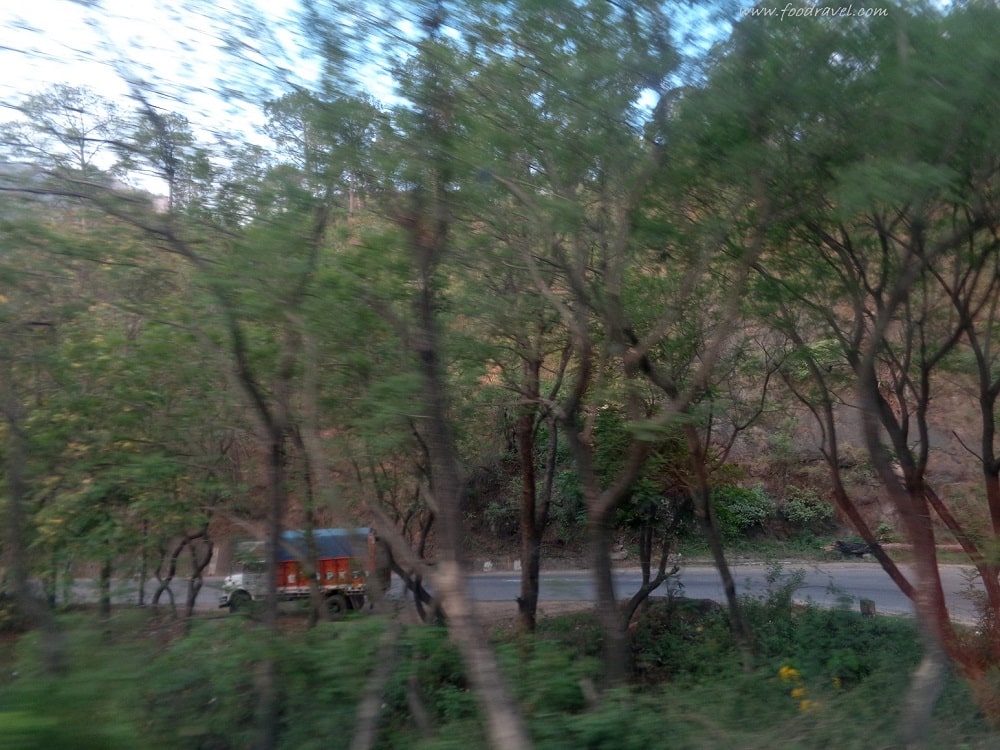 How did I plan my trip to Kasol?

When it comes to planning a trip, I am somewhat lazy. I don’t usually like sitting all day around the table and asking others. For me, it is just to decide the budget and that’s it. If I love to do something more, that’s the accommodation and nothing else. While planning my trip to Kasol, I did a little homework though, which didn’t turn out of any use. But yes, it fixed my budget.  Budget is an important thing in your travel journey. Kasol has long been among my dream destinations and I have always wanted to go Kasol.

When I decided to visit Kasol, I decided a solo trip. After all, it’s Kasol and a solo trip is most amazing for this place. But later on, it didn’t remain a solo trip to Kasol. I was joined by one of my friends at ISBT and then I was joined two new people from our pick up point. Ultimately, my solo trip became a group one. I took the decision randomly to plan my trip to Kasol, as there were some other people too who were willing to visit Kasol but I wanted to keep it a little personal. Because Kasol is such a place where one would like to visit alone if it is his/her first time. I too have been told to go for a solo trip to Kasol by some people who had already visited Kasol.

Problems I had to face to reach Kasol

There are all three ways to go to Kasol i.e. by bus, by train, or by airplane. I chose to go by bus. I usually travel by bus. I like this because this gives more views of nature. The bus to Kasol can be taken from ISBT Kashmiri Gate. One can opt for the Himachal Pradesh transport bus or can even go for private Volvo buses. I met with my friend Shravan there. We both went to ISBT Kashmiri Gate and walked around. You just stand outside the gate and those people will come to you. I asked one guy and he told us the ticket price Rs. 1400 per person up to Bhuntar. The bus to Manali would leave us Bhuntar and from there we need to hire some cab. I found this price high. So I asked a few other people. But bargaining didn’t work out. Finally, we had to book our Volvo bus tickets in the said amount. We got the seats booked after 6:30 PM and were told that one bus had already left. The next bus was supposed to leave by 7:30 PM. So, they sent us in a minicab. We were dropped at Manju Ka Tila which was our pick up point. 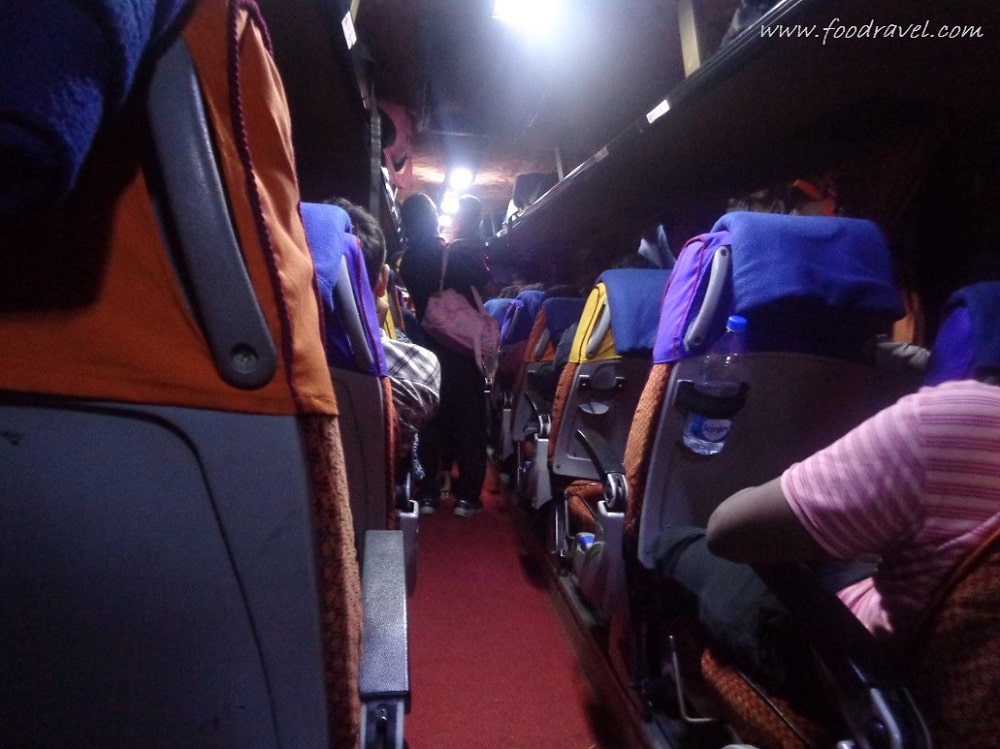 Inside the Volvo Bus

There we kept on waiting for a long. We must have waited for around a couple of hours. Meanwhile, we made some good friends. Alex and Hies were two brothers from Mizoram who were staying in Delhi. They too were going Kasol so they were our journey partners. We waited for a long and got tired of waiting. We felt like being fooled by these travel guys. We tried calling them. We were told that the bus was stuck in traffic, the bus was about to leave, the bus was about to reach, there was some police issue; they were getting the bus fueled. So finally, after such a long time of waiting, we were told that the bus was coming. This brought a smile on our faces and we took a breath of relaxation. We left from our pick up point at around 11 PM. It was a Volvo bus, fully AC. We were given packaged water bottles. There were electric switches for charging mobile phones/cameras. But ours was not working. Finally, we started our trip to Kasol in night. 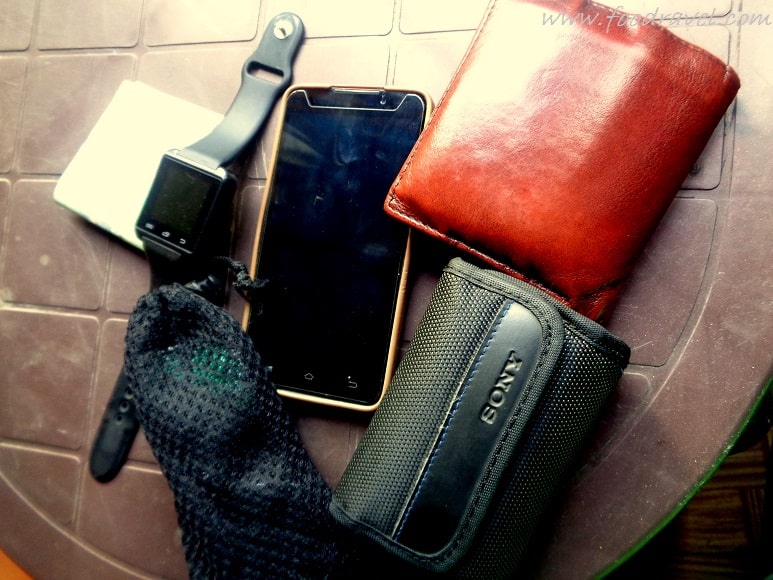 The bus stopped at Mayur Vatika, Karnal at around 2 AM for half an hour. The journey was more than 12 hours. We slept on the way as I was tired because I started my journey at 2 PM from my home to Delhi, ISBT. When I woke up and opened my eyes, all I could see was a beautiful view outside of the window. Mountains, valleys, big trees clouds! The view was so mesmerizing, this marked that we had entered Himachal Pradesh. The scenes which I had only seen in movies, I was experiencing them live with my eyes open wide. I was totally thrilled to experience such an amazing and eye-opening view for the first time in my life.

Really, coming here was one of the best decisions of my life. I have always wanted to explore nature and nothing could serve me better than this place. One side hills covered with huge trees, the other side green, deep valleys and road lying amidst of these both, what a serene scene it is! Full of purity and full of nature!  Though I had already tasted a bit of this in my Rishikesh journey this was far better than that one. This decision of trip to Kasol was a really amazing one and I really enjoyed my first moment of this land of pure nature.