The Third Destination of My Journey – Kalatop Dalhousie

Dalhousie has so many places that are really hard to cover in a day. If you are traveling to Dalhousie, make sure that you are coming here at least for three days, so that you can visit major destinations in and around Dalhousie properly. Since I was there for two days only, I missed out a few places. If you are here for a short time, you should consider hiring a cab service for an entire day. That’s what I did. It somehow stretched my budget but I saved an ample amount of time and hassle. The cab driver took me to some major destinations which you shouldn’t miss out while you are in Dalhousie. After visiting Dainkund Peak, we headed to Kalatop Dalhousie.

When I reached Kalatop, I was really feeling hungry. I roamed around for a while and searched for someplace where I could sit and fill my belly with some really delicious meal. Though there were many restaurants around with amazing mountain views, I randomly reached a small rooftop café. I wanted to enjoy veg, Maggi. The wind was too strong and tables were not able to hold it. Somehow, it was controlled. Kalatop Dalhousie is a famous viewpoint and destination with pristine beauty. I had already a glimpse of nature at Panchpula Waterfall.

The rooftop restaurant at Kalatop Dalhousie had some real jaw-dropping views of nature. Misty clouds, blue sky, mountains covered with snow like cotton, everything was so soothing that I just wanted to see this all as long as I could. This scene and a plate of veg Maggi, what a perfect combination.

I ended up having two plates of Maggi, which was really finger-licking delicious. After eating two plates of veg Maggi, I ordered a plate of pakora. Being honest, everything was truly delicious. The snacks actually added more beauty to the ambiance of this beautiful place. I spent around an hour at Kalatop Dalhousie before I headed to Khajjiar which was the last destination of the day. The cab was hired for a time period of 8 hours and I had to stick to that. 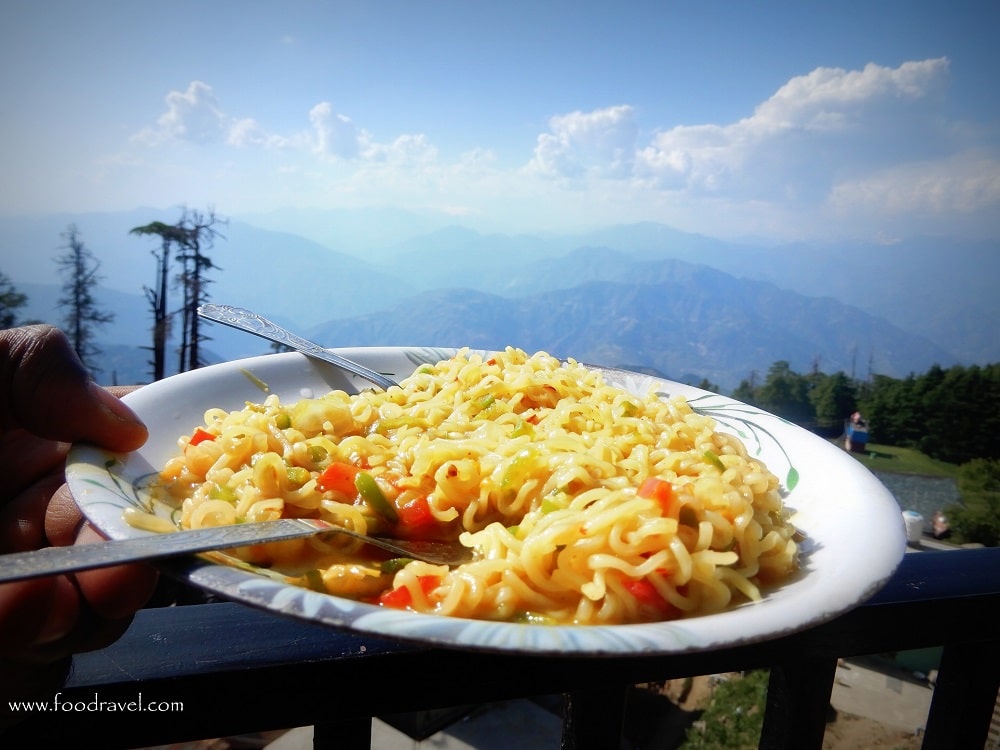 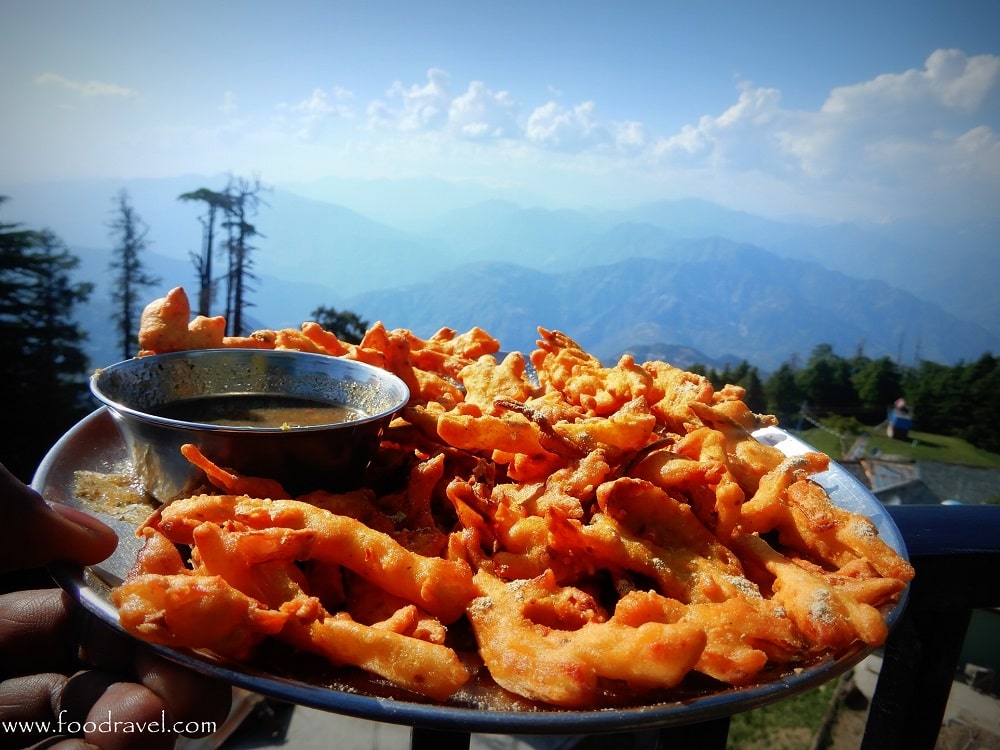 Kalatop Dalhousie is among the most panoramic destinations to be visited if you are traveling here. Surrounded by deodar trees and snow-capped mountains of the Himalaya, if you are a solo traveler, you will surely love this. Kalatop in Dalhousie has got thrilling vibes which will leave you mesmerized. 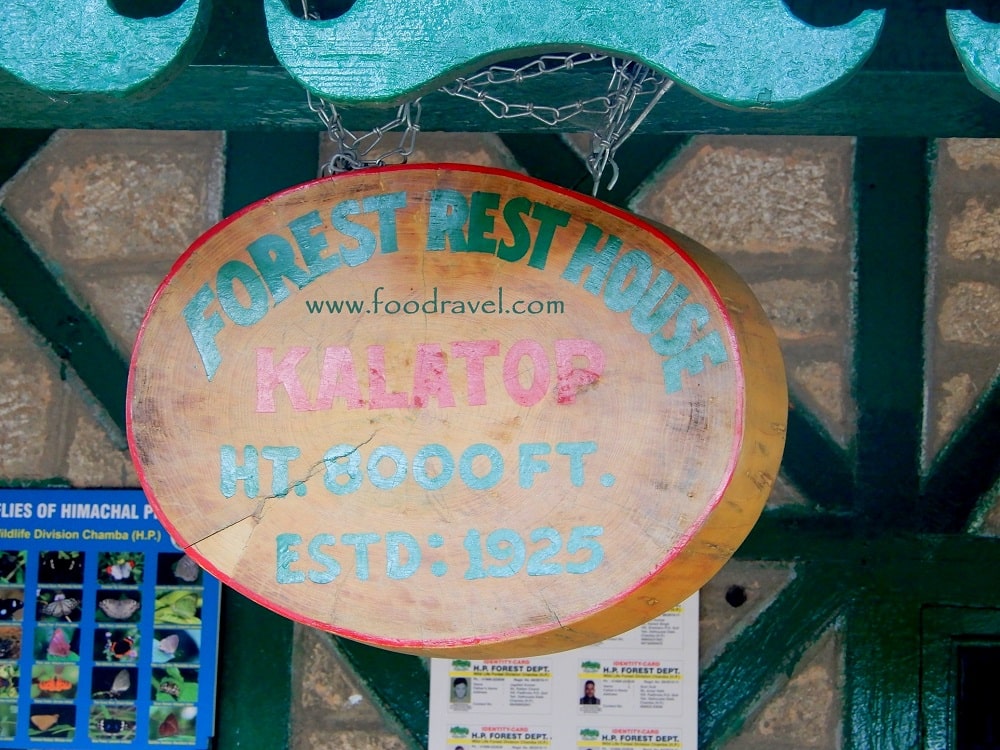 I couldn’t get to visit Kalatop Wildlife Sanctuary since it was not covered in the package. The distance from Kalatop to Dalhousie around 14 kilometers however the road is very narrow at several places passing through the valleys so it takes time to reach to Kalatop from Dalhousie. Talking about Kalatop height, it is located at an elevation of around 2, 5000 meters above the sea level. Kalatop temperature very pleasant and when I visited it was around 20 degrees Celsius. 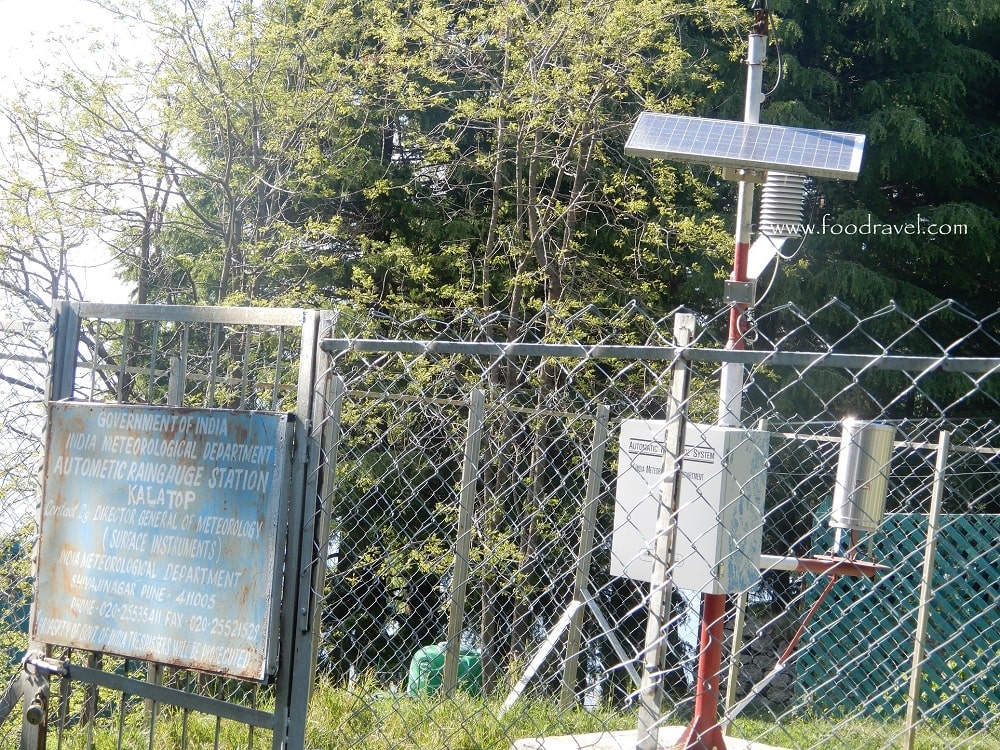 Passing through green lush forests with deep gorges on one side and hills on the other side on the way to Kalatop Dalhousie, I felt it was one of the most beautiful road trips I have had. I enjoyed the stunning view there for a while and then made my way to Khajjiar which was the next destination of the day. So, the question is how to reach Kalatop? You can take a cab from Dalhousie to Khajjiar and you can easily reach here in around an hour.

KalatopKalatop Dalhousie
Prev post Leh-Ladakh: The Desert of the Himalayas
Next post In the ambiance of Khajjiar – En route to the Mini Switzerland of India